Revolutionary Dreams and Nightmares - Breakpoint
Give today to learn what it means to be a thoughtful Christian!
Skip to content 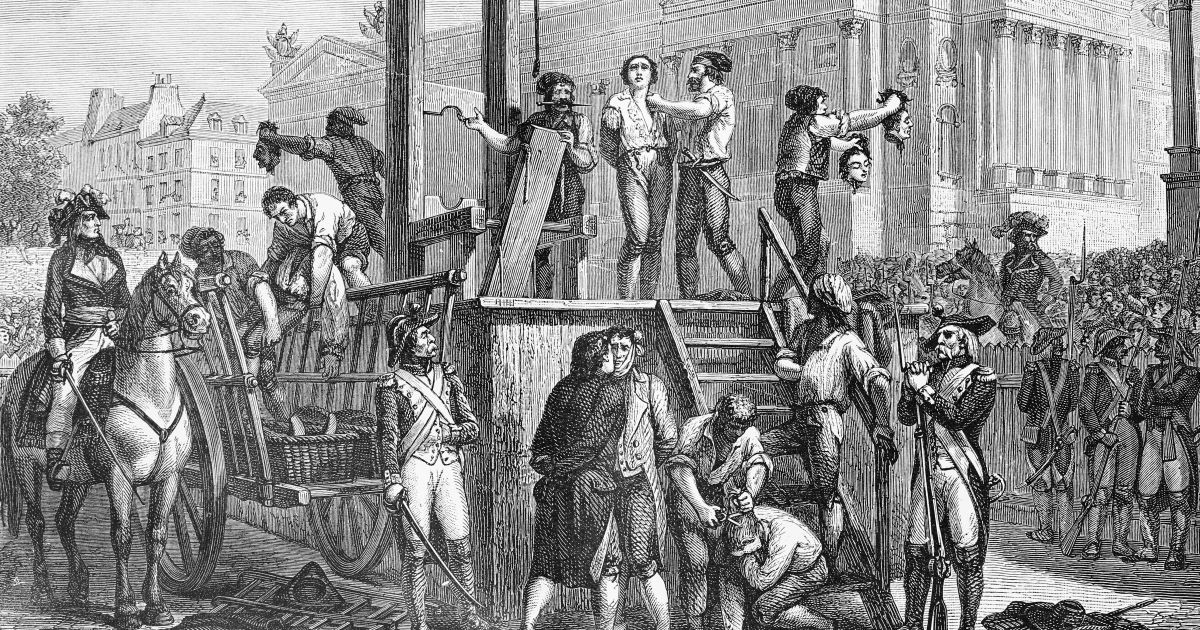 What do 18th century revolutions have to do with our daily lives? A very great deal according to Os Guinness. The American Revolution was notably influenced by the biblical understanding of humanity, of good and evil, and of justice and reconciliation. Its French counterpart was a very different thing, focusing on a perfectionist ideal of a world where justice would be meted out by an all-knowing elite.

While the French Revolution eventually went down to defeat with the rise of Napoleon, it inspired the horrors of the 20th century’s totalitarian regimes and continues to echo in the contemporary debates in the West about critical theory and cultural Marxism. As America moves further and further away from its original vision, the more tribalism and viciousness will come to characterize our public acts.

Below is as an edited excerpt from Guinness’ recent talk with the Colson Center’s Truth, Love, Together online conference, where he goes into greater detail on these themes. You can check out the entire talk, or see more like this by registering for this totally free conference.

Think of the way the two revolutions address wrongs. They both agree there are wrongs, there are injustices, oppressions in the world, but in the French style and according to the understanding of critical theory, what you look for is the majority and the minority. The oppressors and the oppressed. People have the power and people are the victims of power. And then there’s no truth, remember? Following Nietzsche’s God is dead, truth is dead, everything is only power.

Critical theory becomes a way of exploiting victimhood in order to change the status quo to a new one, but of course based only on power. And so, they become the new problem, replacing the old problem. And that retaliation of wrong answered by revenge goes on and on and on. And you have a Corsican blood feud writ large in the cultural warring of America. And that’s where we are today. And quite literally, there will be no end to it with the talk of reparations and so on.

Now, compare that with the biblical way of putting things right and addressing wrongs. Evil is addressed as evil, but there’s the possibility of repentance, which both in Hebrew, teshuva, and in Greek, metanoia, has that idea of a radical and complete about turn. But this repentance is followed by forgiveness -forgiveness, freeing, and cutting off the past completely, and forgiveness freeing the future from the burden of the past. You work towards finally a reconciliation in which enemies can be made truly friends, as Abraham Lincoln used to say, as we see very much in the Early Church.

Think of the Early Church and their idea of the Pax Christi, peacemaking under God. This is far better than Pax Romana, the Roman peace. The Roman peace, as many of the historians like Tacitus said, was a peace through power. Though you have peace when one power or another dominates all the other powers, but of course you have oppression and dictatorship and imperialism, whereas PAX Christi, the peace of Christ, peace made with God through the blood of the cross is a completely different understanding.

I can mention lots of other differences, but you can see as things have played out. The 2016 election, the Kavanaugh hearings, the Russian collusion case, the Mueller hearings, and various things like this, you can see almost daily in American daily life and politics, the clash between the American Revolution and the French Revolution.

The tragedy being, as I said, there’s no Lincoln addressing the better angels. Now, I’m not American. I’m European. I’m a great admirer of this country, but to me, this country has done so much for the gospel around the world, and so much standing for principles like religious freedom, that it would be a tragedy of historic proportions if America turns away from the groundings of true freedom and goes away, that will be a disaster for freedom and humanity in the future.