The Center of All Things: Trump, Obama, and the Idolatry of Politics - Breakpoint
Give today to learn what it means to be a thoughtful Christian!
Skip to content 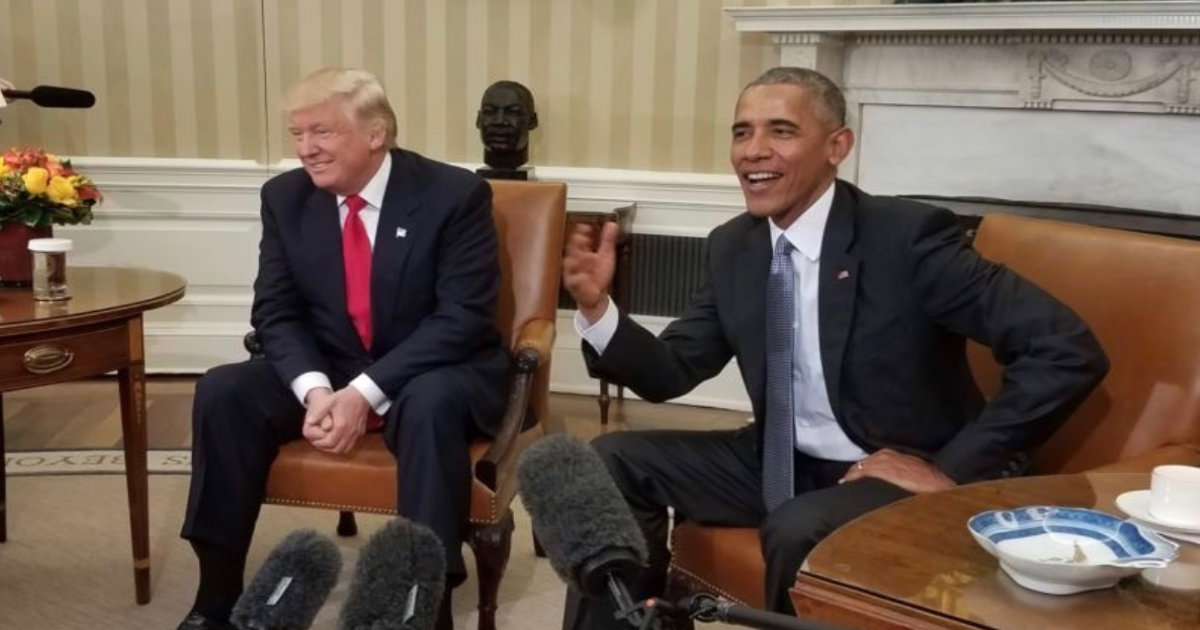 
The Center of All Things: Trump, Obama, and the Idolatry of Politics

One of the most powerful illusions of our contemporary world is that politics is a zero-sum game. All of our socio-cultural concerns, it seems, can be placed along a single, one-dimensional spectrum, with all the best on one end and all the worst on the other. Any step in one direction is, by definition, a move away from the other, and any concession or compromise with the opposite side of things is a move away the truth.

Most often this lurks in the background of our minds as a tacit understanding, deluding us into the confidence that to oppose in our intentions a certain bad thing is to do all the good that’s required.

Now, this is patently simplistic, and, if challenged, we quickly equivocate, stating that we know life’s not that easy and we need to have some perspective . . . but. Ah, there’s always a “but,” a “in this case” that allows us to finagle away from our nod to perspective and jump back into the zero-sum game.

We go back because it’s easy. If once we consider that maybe, just maybe, our ideas and favored politicians come with baggage of their own, then we’ll have to do the hard work of evaluating life in more detail than a tweet or post can muster.

There are few roads so swift to rejoin this game as our recent reactions to presidential politics. For all the emotions they engender, abstract policies and causes remain distant and impersonal. But the individuals sitting in the Oval Office can be the avatars and incarnations of all our hopes and dreams, our fears and trepidations.

For Trump supporters it is nigh unconscionable to point to his foibles or a noble action by one of his opponents. For those deploring him, it is equally unfathomable to praise his pro-life actions or to note the less-than-ideal ideals of his would-be successors.

Recently, BreakPoint posted an article discussing the hubbub over the impeachment of President Trump. Now, the piece was quite mild in many ways, saying nothing more than what most Christians claim is the truth, that our Christian fidelity cannot be bound by the factions of our political moment.

What do you think the response was? There was a race, of sorts, to see who was more annoyed with us – the supporters of President Trump, who were vexed we suggested there was a good case for opposing his often-uncouth ways, or his opponents, who could not countenance anything but total opposition at all times. With nearly identical vocabulary, each side insisted that for us to speak as we did gave aid and comfort to those unworthy of either.

As strange as it may seem, Trump had become the unifying factor for political discourse. His opponents, no less than his supporters, have found in him their North Star for the moral quandaries facing the world today. For far too many of us, the question has stopped being whether or not a policy is good or bad in itself but whether or not it helps or hurts the President.

For Trump supporters it is nigh unconscionable to point to his foibles or a noble action by one of his opponents. For those deploring him, it is equally unfathomable to praise his pro-life actions or to note the less-than-ideal ideals of his would-be successors.

It would be oddly comforting were this fascination truly all about this one man, if “this too shall pass” once his time in office becomes a matter of history. After all, if our rancorous demeanor is merely due to his malicious nature or others’ maledictory reactions, then we could hope that we have, at worst, five years before it’s over. But, the problem is bigger than him.

There was a time, not so long ago, when everything wrong in the world was Obama’s fault. Bad weather, lousy economy, mediocre movies – all of these things could be, and often were, met with a dismissive “Thanks, Obama!” to the point that in a winsome moment of self-deprecation, he got in on the act himself. Somehow, the President of the United States had become so all-powerful that each and every facet of our lives was, in some mysterious way, determined by his policies or persona.

Now, these acolytes of antipathy were not alone in giving Obama their undivided attention. There were plenty of people out there who likewise looked to him as the centralizing point of their lives, but these took a rather more hagiographic than hateful approach. It would seem that for many of his fans, there was simply nothing their hero could do wrong.

Politics has become our new religion, the center of all things. The individual candidates live before as demi-gods or devils, promising glory or ruin should they succeed. The more we have come to hate our nemeses, the less concern we have over the inadequacies of our own favored sons.

So, how’d we get here, not just as a society but as a Church? How did we get to the point of (formally) declaring that faithful Christians can never look to one party as “God’s team,” but, in a remarkable fit of myopia, living as though to choose differently than we have is clearly un-Christian? Each side claims that their opponent is so vile that any accommodation is effectively to abandon their Christian witness.

It’s tempting to blame the politicians or the process. Thinking back over the past decades of Trump, Obama, Bush, and Clinton, we can see that these men ignited such passions that defeating or empowering them came to dominate the minds of those both in and out of power.

Fair enough, but we must take some blame ourselves. It is us, after all, who have placed these men at the center of our political minds.

Politics has become our new religion, the center of all things. The individual leaders live before us as demi-gods or devils, promising glory or ruin should they succeed. The more we have come to hate our nemeses, the less concern we have over the inadequacies of our own favored sons. The less we have come to view our own side’s weaknesses, the more rancor we express to those who do not see things our way.

As believers, we hold to the Fall of Man as a key component in the Christian worldview. This means, among many other things, that politics can only be a contingent good, and our fealty or opposition to leaders must be likewise conditional.

In practice this means accepting that many of our cobelligerents in a given cause may have unseemly characteristics or priorities when it comes to another. It means also that not all of us are going to see things the same way, and we need to give one another the grace to disagree.

We can never let ourselves forget the fact that there is indeed evil in this world, and it is worth fighting, but not all evil is found in the words and deeds of our foes. This is about more than being polite. This is about idolatry, and small gods make for small virtues, political or otherwise.