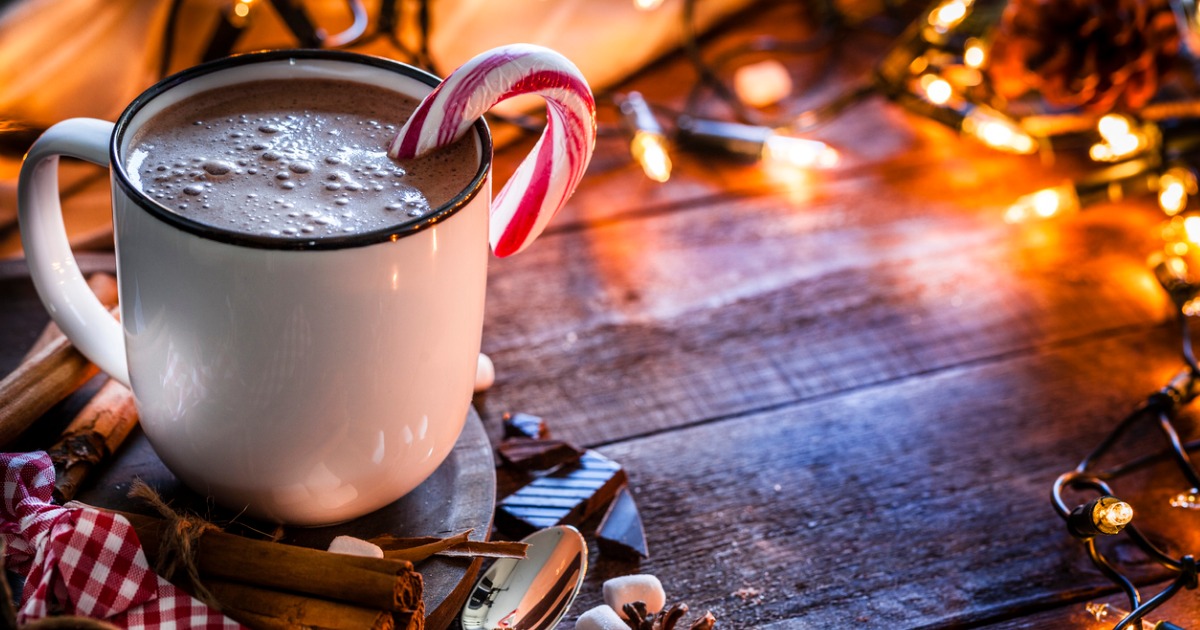 Enjoy life with the wife whom you love, all the days of your vain life that he has given you under the sun, because that is your portion in life and in your toil at which you toil under the sun.  Whatever your hand finds to do, do it with your might, for there is no work or thought or knowledge or wisdom in Sheol, to which you are going. – Ecclesiastes 9:9-10

With Thanksgiving safely behind us, the yearly rituals of the American Advent begin anew. Among the most sacred of these annual customs is the indulging in the guilty pleasures of overly sweet products of large corporations. And by this, of course, I mean Hallmark Christmas movies.

I have a confession to make. I really like them.

Don’t get me wrong. Like any self-respecting Gen-Xer, I have a cynical streak a mile wide. Not only that, but I drink my coffee as black as pitch, I’d wear dark colors every day if my wife let me, and my entertainment choices lean in a decidedly morbid direction. Nevertheless, once late October rolls around, or even in those “Christmas in July” moments, you can find my wife and me each night watching some of the sappiest bits of cinema ever made by man.

Making fun of these “films” is so easy that it’s almost unsportsmanlike. With predictable, simplistic plots, they’re the family-friendly equivalent of the SyFy Channel’s brainless monster flicks. And yet, in the midst of an era that prides itself on its “wokeness” to the harsh realities of life and insists on not being taken in, enough people watch these things that the Hallmark Channel can pay for a couple of dozen of these each year. And that’s not even counting the virtually identical iterations set not at Advent but New Year’s, Valentine’s Day, Spring/Summer Love, or some Fall Festival.

So, what is the appeal? Why do millions of otherwise realistic people tune in for such seemingly simple entertainment each year?

Well, a lot of it is just that: they’re simple. Coming home from a long day’s work, many people want nothing more than to unplug their brains by getting caught up in some utterly predictable silliness. Boy meets girl. Boy almost misses girl. Boy gets girl. And this, Hallmark does with, if not excellence, at least consistency.

Another part is nostalgia, a longing for what we once had or merely wish we’d had. It’s not always the case, but, if you check the cast of your latest Christmas movie, you’ll find that the actors often were “kind of a big deal” in the 1990s to early 2000s era. Perhaps it’s because people of a certain age can connect back to their own childhoods. Or maybe it’s that they can see in their childhood crushes their own lives as they wish they could be: filled with love, family, and peace.

With little room for variation, Hallmark movies present us with the tale of someone who needs to find that missing something in life. A workaholic learns to appreciate the quiet moments. An aspiring artist recovers her joy in the mundane. A businessman finds that wife and child matter more than profits and promotions. Healing for wounded hearts comes not from acquisitions or glory but in dinners, dances, and friendships.

It is this that connects some of the darkest and most despairing parts of the Bible with some of the most seemingly childish and unrealistic aspects of American entertainment. I don’t for a minute think that the suits at Hallmark do their vision-casting by the light of Qoheleth, but the the message of the book of Ecclesiastes and the general drift of Hallmark Christmas movies share a common theme: meaning and purpose in life are not found in the flashy scenes just over the horizon but in the common, ordinary things of life.

As I have said before, this is a key biblical concept, and it is emphasized in this otherwise despairing book. If you’ve never read through Ecclesiastes, I’d suggest that you do so. At only 12 chapters, it can be finished in one sitting, and, frankly, this is probably the best way. Verses taken in isolation will create an impression that the writer has lost hope when he is actually trying to point the way to true hope.

On the surface, Ecclesiastes is little more than a recitation of woes, as a wealthy and powerful man declares that life has no meaning whatsoever.

“What does man gain by all the toil at which he toils under the sun? . . . All things are full of weariness; a man cannot utter it . . . Is there a thing of which it is said, ‘See, this is new’? It has been already in the ages before us. There is no remembrance of former things, nor will there be any remembrance of later things yet to be among those who come after.”

And that’s only from the first eleven verses!

As the book progresses, the narrator recounts his quest for meaning. He tries work, he tries pleasure, he tries wisdom, all to no avail. It doesn’t matter what he does, because, in the end, nothing matters. The fruits of his labor will go to others, his self-indulgence never lasts, and the more he learns the more miserable he becomes. Whatever we might choose to do, whatever we try to fill in that hole in our hearts, whatever grand cause we give our lives for, one day we all will die. Then what will be left of all our great plans?

This theme continues throughout. Again and again and again the reader is hit over the head with the pointlessness of life. Life is meaningless, vanity, a vapor, a breath, something so ephemeral and intangible that it hardly warrants the title of being “real.” We convince ourselves for a moment that our goals will give us satisfaction and peace, but, deep down, we know that they won’t, or we keep ourselves busy enough, drunk enough, or otherwise distracted enough that we won’t think of it. Ecclesiastes’s final chapter is little more than a meditation on the inevitability of decay and our own lurking demise.

We die. Dogs die. Worms die.​ A life full of successes, lived for honor and glory will end in exactly the same way as a life as the laziest, lushiest, failure.​ A rotting corpse turns to dust, dust that will be burned by the sun’s supernova, and dissipated once entropy reaches its end goal.​ Just the sort of thing tonight’s Hallmark movie is going to say, right?

No, I suppose not, but that’s not the whole of Ecclesiastes. You see, as the book goes on, this dark voice isn’t the only one we hear. Along the way words of hope pierce through the dark clouds of despair. We are told in chapter 2 that the good gifts of food and drink come from the hand of God Himself. Chapter 3 tells us that all things have their place in turn, and that God has granted we should find the beauty in our work and simple joys, a refrain repeated in chapter 5.

In chapter 9, with the words quoted at the start, we are told the meaning of life.

Enjoy life with the wife whom you love, all the days of your vain life that he has given you under the sun, because that is your portion in life and in your toil at which you toil under the sun.  Whatever your hand finds to do, do it with your might, for there is no work or thought or knowledge or wisdom in Sheol, to which you are going.

Nothing flashy, nothing dramatic. Work hard at your job, enjoy the pleasures of life, and love the people around you.

We won’t find that ever elusive contentment over the next hill or in the next office or at the bottom of the next bottle. Living for the next big thing will leave us ever waiting for something that never quite arrives. When we live our lives like the dark voice in Ecclesiastes, trying to find meaning in our never quite reached career goals, in our ever shifting self-indulgence, in our always insecure knowledge and wisdom, we will inevitably fail. When we live our lives like a Hallmark protagonist, thinking that business success or the lights of the big city or winning that baking contest will give us peace, we will inevitably fail.

The failure is not in the things themselves but in our attitude towards them. After all, the pursuits shown as insufficient meaning-makers – success, pleasure, knowledge, even relationships – these are the same means by which God gives us joy. The problem comes when we begin to think that these created things, these finite things, are enough to fill that God-shaped hole in our hearts. We find contentment in life not by securing it through our own strength but by accepting the gifts of God as His gracious provision.

In this fallen world, we can never have a full peace, a true Shalom. That we’ll never see this side of the grand Restoration. Yet, even in this broken life, we can have a glimpse of His goodness now. But we have to take it for what it is. As a part of His created order, God has given us wonderful things. If we try to live for them or think that we can have no joy without them, then we will find that this joy ever eludes us. If, instead, we take them from His hand and love them for what they are and love Him for what they are, we will find a truer path to peace than all our strivings could ever imagine.

The end of the matter; all has been heard. Fear God and keep his commandments, for this is the whole duty of man. – Ecclesiastes 12:13