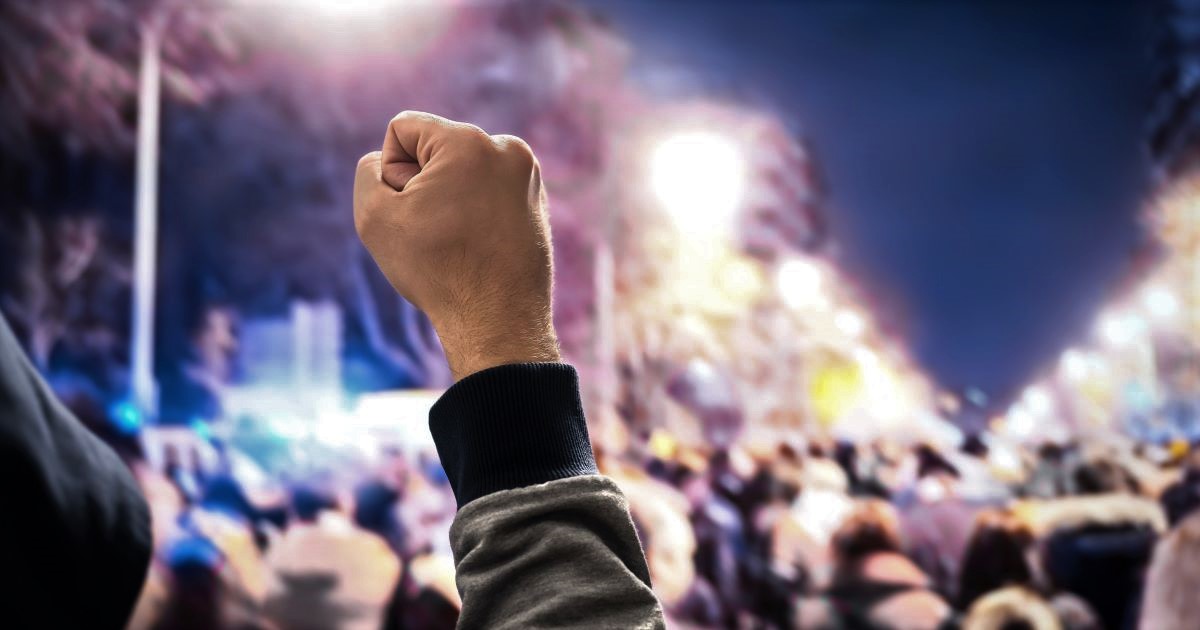 
The Era of Witch Hunts Is Alive and Well

It was January 1692. A smallpox epidemic, the recent memory of war, and continuing fears of attacks by Native American tribes had set many people in rural Salem Village on edge. Then Elizabeth (Betty) Parris, 9, and Abigail Williams, 11, began having fits with “violent contortions and uncontrollable outbursts of screaming.” A doctor in the small Puritan community quickly came up with a diagnosis—bewitchment—and the witch hunt was on.

Several other girls began exhibiting similar symptoms, and in February authorities arrested the Parris’s Caribbean slave, Tituba, who confessed, along with two poor white women. The accusations, forced confessions, and trials had just begun. Before the hysteria finally subsided in 1693, twenty people had died as a result of the Salem Witch Trials, and 150 men, women, and children had been accused.

While many have cited this ugly but short-lived panic as evidence of what happens when religion is given too much prominence in society, history is replete with similar, more secular witch hunts: the Great Terror, the Cultural Revolution, the French Revolution, the 189,000 Stasi informers in East Germany, and the Red Scare in the U.S. Apparently witch hunts run in humanity’s blood. Add to this ignominious list the current cancel culture hysteria.

While many have cited this ugly but short-lived panic as evidence of what happens when religion is given too much prominence in society, history is replete with similar, more secular witch hunts: the Great Terror, the Cultural Revolution, the French Revolution, the 189,000 Stasi informers in East Germany, and the Red Scare in the U.S. Apparently witch hunts run in humanity’s blood.

Many Americans, of course, have peacefully protested the unjust killing of an unarmed black man, George Floyd, by Minneapolis police. In the tradition of Martin Luther King Jr., they are calling on their country to live up to its highest ideals, including the one that says all men are created equal. This is not about them.

This is about those who would tear down rather than build up—both reputations and monuments. Like the witch hunters of old, they see everything through a single lens—systemic racism. Social improvement since the dark days of slavery and Jim Crow is mocked or ignored. Attempting to provide nuance is evidence that one isn’t “woke.” To accuse is to convict. Facing the onslaught, many in authority who should know better have stepped aside, hoping to avoid the social media guillotine.

Sometimes the mobs have a point, of course. It is past time for our nation to reconsider the wisdom of honoring the Confederacy. But this must be done peacefully, with patience and the give-and-take that so often accompany change in our democracy. But the witch hunters apparently don’t believe in such niceties.

Statues of Confederate soldiers and themes have been removed without debate, toppled, or vandalized in Birmingham, College Station, Indianapolis, Jacksonville, Louisville, Montgomery, Norfolk, and Oxford, among many other places. A Confederate cemetery in Mount Pleasant, South Carolina, was desecrated with a swastika. Yes, it’s hard to argue for the legitimacy of an institution that tore apart the nation to retain chattel slavery, but the vandals didn’t confine themselves to the Confederate States of America.

Monuments to Christopher Columbus have been targeted in Boston, Miami, Sacramento, Saint Paul, Pittsburgh, and Providence. Then they went after statues of George Washington, Abraham Lincoln, Teddy Roosevelt, and Thomas Jefferson—a veritable Mount Rushmore of U.S. Presidents. In addition, Ulysses S. Grant turned up on the chopping block, the mobs not caring that he won the war that freed the slaves and cracked down on the KKK.

The true revolutionaries are those who believe, speak up for, and attempt to live out a biblical worldview that upholds justice and mercy, the equal dignity and worth of all human beings, the understanding that God created us male and female for our good, and that He is the ultimate Judge and Savior.

At times the hysteria has gotten downright ridiculous. In the sports world, the longstanding college football rivalry between Oregon and Oregon State will no longer be called the “civil war.” NASCAR profusely apologized for a racist “noose” that turned out to be a garage door pull.

Those who speak out face the fury of the witch hunters. The chairman of the European paintings department at the Metropolitan Museum of Art said that “great works of art have been lost to the desire to rid ourselves of a past of which we don’t approve.” For this, he was forced to apologize for any pain he had caused amid charges by other staff that the museum fosters “a culture of systemic racism.”

Race is not the only minefield and America is not the only country where this kind of witch hunting goes on. In Canada, a University of Alberta professor of anthropology lost her administrative role this week because her unpopular views on feminism supposedly made people feel unsafe.

Those who perpetrate such affronts, or who look the other way, are seeking simple answers to complex problems. It’s all too easy to smash a statue or smack down a professor, to claim you feel “unsafe,” and think you’ve done something morally meaningful. It’s much harder, however, to read about the complexities of history or biology and sit down calmly with those who see things differently.

It’s much harder to step out from behind a computer or an anonymous accusation, to listen before you speak, and search for durable solutions—solutions that resist slogans, defy stereotypes, and rub against the grain of cherished narratives. Real, biblical justice, as opposed to what is called social justice, comes not from breaking down but from building up.

There are many so-called revolutionaries in the United States right now. Most, tragically, are unthinkingly marching lockstep to the beat of a secular worldview seeking to divide rather than to unite. The true revolutionaries are those who believe, speak up for, and attempt to live out a biblical worldview that upholds justice and mercy, the equal dignity and worth of all human beings, the understanding that God created us male and female for our good, and that He is the ultimate Judge and Savior.

George Orwell is (incorrectly) believed to have said, “In a time of universal deceit, telling the truth is a revolutionary act.” It’s a brilliant insight, whoever said it. And it’s time for Christians to be genuine revolutionaries, who tell the truth gently but without apology, even when the witch hunters come for us.