The First Step Act, Chuck Colson, and the Church’s Work of Restoration - BreakPoint
Skip to content 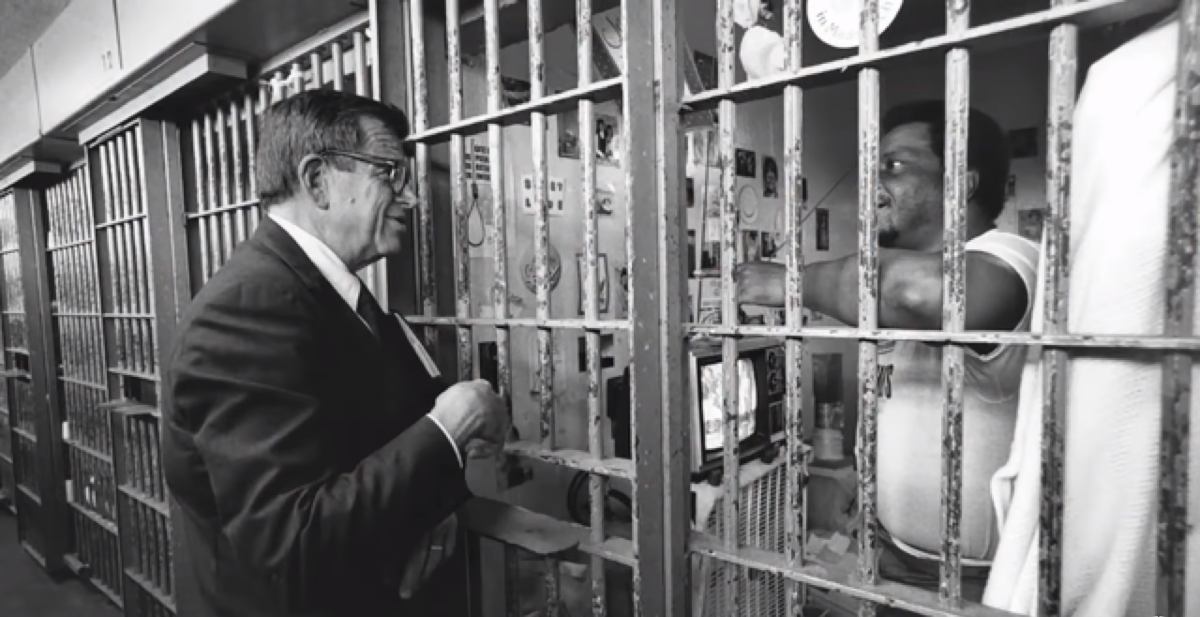 
The First Step Act, Chuck Colson, and the Church’s Work of Restoration

I’m old enough to remember that time, way back in 2018, when Democrats and Republicans worked together. Really, it did happen and resulted in a major, bi-partisan criminal justice reform bill called “The First Step Act,” which sought to reduce the number of people in overcrowded federal prisons and improve conditions for those behind bars.

When he endorsed the bill, President Trump said, “We’re all better off when former inmates can receive and re-enter society as law-abiding, productive citizens.” At last month’s Republican National Convention, Ivanka Trump called the First Step Act “the most significant criminal justice reform of our generation.” That’s not an overstatement.

A major feature of the bill is that it reduces mandatory minimum sentences for drug offenders, especially “low-level, nonviolent offenders.” For those already serving time for crack cocaine-related offenses, the reductions were retroactive.

In its first year, the First Step Act has literally changed thousands of lives. According to a recent report from the United States Sentencing Commission, the sentences of more than 7,000 federal prisoners, deemed able to safely return to their communities, were reduced.

As the libertarian publication Reason rightly noted, the First Step Act is a modest, but very real, “first step” towards comprehensive criminal justice reform. I’d add that, as part of the legacy of Chuck Colson and the very good work of Prison Fellowship, the bill is an example of the Church’s work of restoration.

God used Chuck Colson to transform the way many of our political leaders, in particular conservatives, think about criminal justice. While in prison, Chuck learned how empty and even counterproductive the “lock ‘em up and throw away the key” rhetoric that he once espoused really was. The call God placed on Chuck’s life to bring the Gospel to prisoners and their families through Prison Fellowship quickly expanded to include prison and criminal justice reform. He quickly realized that being “tough on crime” was pointless unless we were first “smart on crime.”

Being “smart on crime” led Chuck to campaign against the “three strikes and you’re out” laws that swept the U.S. during the 1990s. He knew that such laws would only lead to overcrowded prisons, unaffordable system building and maintenance, and eventually the court-ordered releases of thousands of prisoners from political pressures rather than prudential wisdom.

God used Chuck’s solid conservative, Christian, and law-and-order credentials to advance this message. People who may not have given other activists the time of day respectfully listened. Many hearts and minds were changed, not only by Chuck Colson’s passion or ability to articulate, but because he took people back into the prison with him to see for themselves what he saw. To borrow a modern phrase, Chuck moved the “Overton Window,” i.e. the acceptable “range of policies politically acceptable to the mainstream population.”

And so, decades later, years after Chuck Colson’s death, at a time of deep and painful political divisions, the First Step Act garnered bipartisan support.

Chuck’s legacy of giving people the moral permission and intellectual justifications to do the right thing is something Christians should seek to emulate in every aspect of culture.

Of course, in order to do this, we must first know what the right thing is. And, we must learn to talk about issues in ways that can be heard. About a year ago, this vision drove us to launch What Would You Say?, a video resource designed to help Christians converse on our culture’s most challenging questions.

Our stories may not be as dramatic and consequential as Chuck Colson’s, but we can strive for the same humility, credibility, preparation, and willingness to be used by God, if not in prison then in whatever sphere of influence He gives us.

To learn more about the First Step Act and Prison Fellowship’s excellent work to bring the Gospel and restoration prisoners and their families, come to BreakPoint.org.

Give to What Would You Say?

The FIRST STEP Act Has Reduced Prison Terms for More Than 7,000 People

What is the First Step Act?