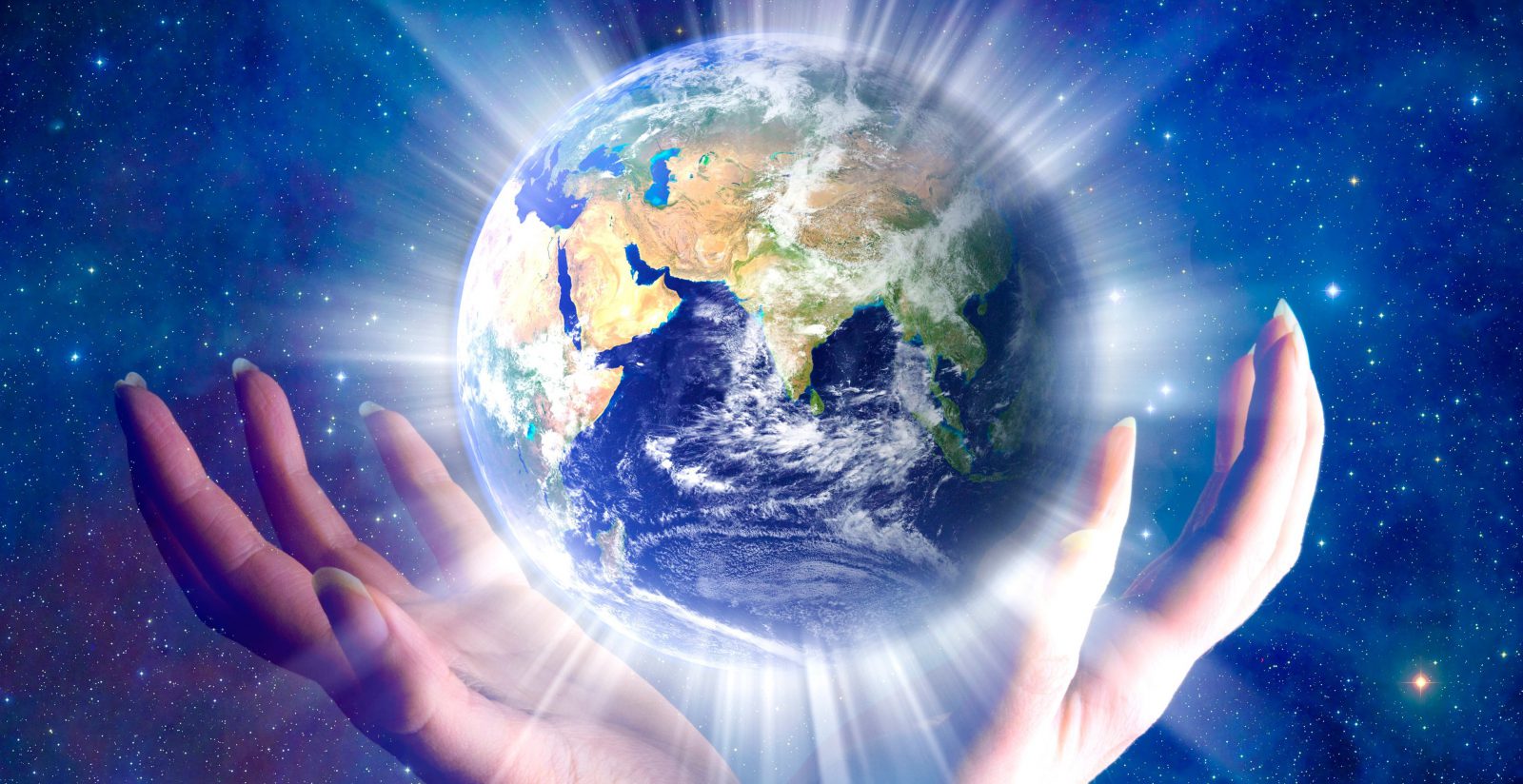 The previous articles in this series raised the issue of Technogaianism as a branch of Transhumanism. Technogaianism refers to the use of genetic engineering and other technologies to change humanity to reduce our impact on the environment. This is the point of overlap between Transhumanism and what, for lack of a better term, may be called the Gaian worldview.

The Gaian worldview has its origins in the Gaia Hypothesis (now classified as the Gaia Theory) originally proposed in the 1970s by James Lovelock with support from Lynn Margulis. The Gaia Theory states that the Earth and the life on it are together a single, complex organism that interact to maintain a stable environment favorable to life.

The theory can lead in several directions. At the most basic level, it simply means that living organisms affect the environment. The next step sees the Earth’s biosphere as a self-regulating mechanism in which living beings interact with each other and with the environment to maintain the conditions for life.

From there, more radical versions of Gaia Theory move out of the realm of science and into philosophical and theological speculation. These views see all life on Earth as part of a single being called Gaia, named after the ancient Greek primal Earth goddess. Gaia produces the environment (the Earth’s crust, the atmosphere, the seas, etc.) through the interconnected evolution of the creatures that make up Gaia. A more extreme version of this idea sees Gaia as a single organism that consciously manipulates the climate to support life.

From there, the Gaia Theory turns into a religious philosophy known as Gaianism. Gaianism is influenced by both New Spirituality pantheism and postmodernism. It effectively treats Gaia as a goddess and holds to a philosophy of honoring the Earth and treating all its creatures with respect, as well as working to reduce humanity’s impact on the planet. Gaians often insist that Gaia is Earth’s proper name, so that we think of “Her” in personal terms. However, in true postmodern fashion Gaianism is non-dogmatic, allowing it to be integrated with other religious and faith traditions including Buddhism, Hinduism, Daoism, Paganism, Christianity, and Judaism.

As in materialism, human beings are essentially no different from other animals, though the Gaian worldview argues that our lives have meaning and purpose: our job, shared with everything else on earth, is to preserve the biosphere to make Gaia fit for all living creatures.

From Theory to Worldview

Although somewhat controversial, the scientific aspects of the Gaia Theory are widely accepted by scientists from a variety of fields. They are also the foundation to the programs of most environmental groups and activists. At this point, the scientific theory can turn into the basis for a worldview: when the health of the environment becomes the highest good and human-caused environmental degradation the greatest evil, Gaia philosophy has emerged as a filter through which all else is viewed—in other words, a de facto worldview.

The Gaian worldview has a few unusual features. First, it has no firm metaphysics: it could hold to a materialistic, scientific viewpoint that sees anthropogenic climate change as an existential threat, or a pantheistic religious or spiritual movement, or anything in between. Environmental scientists may even dismiss the religious philosophy of Gaianism as nonsense while holding to the same ideas about environmental ethics. For this reason, the Gaian worldview isn’t strictly a single worldview, but is rather a family of worldviews with a variety of “denominations” included under its umbrella united around a core commitment to environmental action.

Because of its lack of unified metaphysics, it also lacks a unified epistemology. Though all forms tend to hold science in high regard, some add various kinds of mystical experiences into the mix as well.

Humanity in the Gaian Worldview

As in most emerging worldviews today, a foundational issue in the Gaian worldview is identity, specifically, what does it mean to be human. The answer tends to come from materialism colored by Gaian philosophy: Human beings evolved from earlier life forms as part of an interconnected web of life in Gaia’s biosphere.

As part of Gaia, it is important for us to fulfill our proper function within the ecosystem, much like an organ in a healthy body has to fulfill its proper function for the good of the whole and for its own survival. As in materialism, human beings are essentially no different from other animals, though the Gaian worldview argues that our lives have meaning and purpose: our job, shared with everything else on earth, is to preserve the biosphere to make Gaia fit for all living creatures.

At the same time, however, the very fact that people have these responsibilities indicates that we are different from other animals. A tiger does not care if its next meal is an endangered species, and no one suggests it should; that we do care (or should) indicates that human beings are unlike other mammals.

The insistence that human beings are one part of the web of life, no different from any other living organism, leads among other things to the animal rights movement.  To quote Ingrid Newkirk of People for the Ethical Treatment of Animals, “Animal liberationists do not separate out the human animal, so there is no rational basis for saying that a human being has special rights. A rat is a pig is a dog is a boy. They are all mammals.” (Vogue, Sept. 1, 1989) Because there is no real difference between different species, in true Cultural Marxist fashion human beings cannot justly exploit or oppress other species. In fact, we must act to preserve the rights of living creatures, whether great apes (as in Spanish law) or plants (as in Swiss law).

At the same time, however, the very fact that people have these responsibilities indicates that we are different from other animals. A tiger does not care if its next meal is an endangered species, and no one suggests it should; that we do care (or should) indicates that human beings are unlike other mammals. Similarly, if all animals have equal moral status, then a lion killing a gazelle is no different from a person committing murder, yet no one suggests we should imprison lions for doing so. The fact is, everyone recognizes that we are responsible for our actions and for the environment in ways that other creatures are not, indicating that there is something different about us.

In Genesis 1 and 2, in the account of God’s creation of humanity, we are told that we are made in the Image of God and that we are to complete the work of creation by filling the earth and developing its resources. We are called to be stewards of the Earth, not owners—the Earth is the LORD’s. We are are to develop it in responsible ways. The Gaian worldview is in many ways an exaggerated version of this calling in view of the sinful ways we have used the environment. We turn to this and the Gaian worldview’s response in the next article.