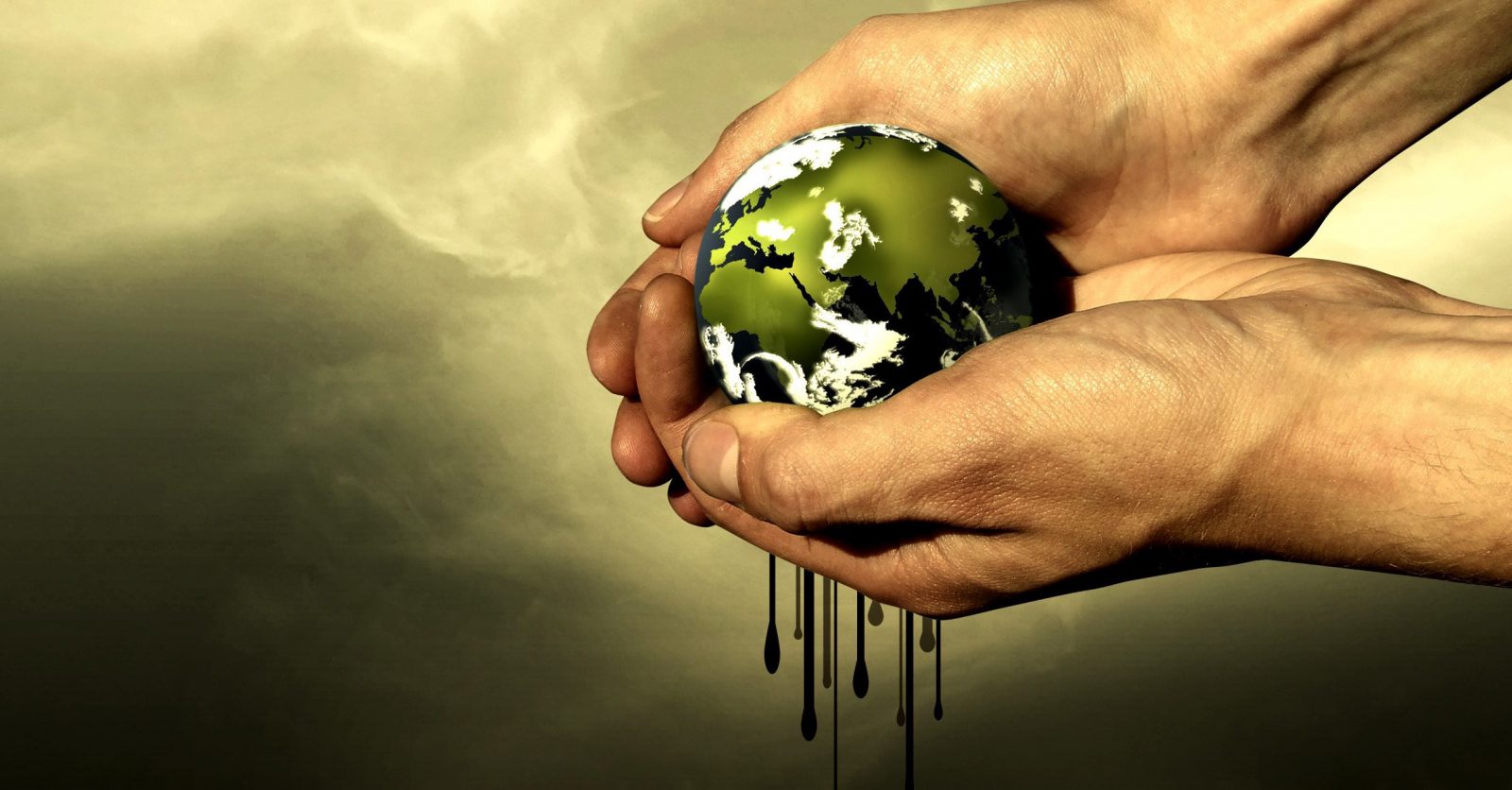 In the previous article, we looked at some of the foundational elements of the Gaian worldview, noting particularly the different metaphysical approaches and its perspective on what it means to be human. The real core of the worldview, however, is its idea of sin.

Sin in the Gaian Worldview

Adherents of the Gaian worldview see environmental protection as the ultimate good, and thus environmental degradation by humans (and especially by the industrialized world) as the supreme evil. And this evil is made worse by its extent.

In this line of thinking, human activity has damaged the environment so badly that we are rapidly approaching a tipping point beyond which recovery is impossible. Overpopulation consumes excessive resources and creates accordingly excessive pollution, destruction of ecosystems leads to species extinctions, and as a result Gaia must find ways to rebalance the environment.

But adherents insist that the damage can only go so far before it exceeds the Earth’s capacity to respond. If we do not take immediate and drastic steps now, Gaia’s feedback mechanisms will no longer be able to self-stabilize but will instead spiral out of control to create catastrophic changes in climate and the environment.

While many environmentalists share these concerns, the Gaian worldview sees the problem of environmental degradation as the great challenge of our time. It is so overwhelmingly important that no other considerations can be allowed to stand in the way of taking any and all actions necessary to save the Earth.

The main threat we face is anthropogenic (i.e. human-caused) climate change. Industrialization and fossil fuel use are releasing so many greenhouse gases, especially carbon dioxide, that Gaia cannot maintain climate stability. Greenhouse gases trap heat in the atmosphere, causing global warming. In the short term, as Gaia attempts to compensate, we will experience increasing severe weather (“climate chaos”) until the greenhouse concentrations overwhelm the Earth’s ability to adjust. At that point, climate will shift definitively, resulting in rising sea levels, mass extinctions, and a host of other ills.

Catastrophic anthropogenic climate change is an article of faith in this worldview. Despite the fact that a substantial number of scientists, including prominent climatologists, are not convinced that climate is driven primarily by human activity, nor that what has happened over the last century is outside the normal range of temperature variation, adherents of the Gaian worldview vehemently reject any challenge to their ideas about climate change. They argue that the case is settled science, beyond dispute and beyond discussion.

This response is, of course, non-scientific. All scientific theories are provisional, and the evidence in this case does not uniformly support the theory. To take one example, climate change advocates have repeatedly set deadlines for when we will reach the point of no return on climate action that have come and gone without the predicted disasters occurring.

Some adherents of the Gaian worldview admit that the data on climate change are not certain and that the assessments of scientists are driven as much by their values as by the evidence. But if the theory of catastrophic anthropogenic climate change is true, the stakes are so high that we must turn to post-normal science, which would bring in non-scientists who would be affected by climate change to develop an appropriate response to the threat. Critics object that this politicizes science, imposes policies not supported by the evidence, and silences critics by accusing them of hidden biases.

In this line of thinking, human activity has damaged the environment so badly that we are rapidly approaching a tipping point beyond which recovery is impossible. Overpopulation consumes excessive resources and creates accordingly excessive pollution, destruction of ecosystems leads to species extinctions, and as a result Gaia must find ways to rebalance the environment.

Salvation in the Gaian Worldview

Understanding the nature of Gaian sin leads us to the Gaian notion of salvation: Humanity, particularly in the developed world, must take immediate and drastic action to deal with environmental threats.

Since the most immediate threat is catastrophic climate change produced by greenhouse gases, we must reduce greenhouse gases by taking carbon out of the atmosphere and by restricting the production of greenhouse gases, especially by drastically reducing the use of fossil fuels and replacing them with renewable energy sources such as solar and wind power.

But since the problem is global, international cooperation in the form of treaties such as the Kyoto Protocol is essential to protect and preserve the Earth. The developed world, especially the United States, must commit to reaching greenhouse gas targets while at the same time providing aid to the developing world to help them cope with the stresses caused by climate change.

Greenhouse gases aren’t the only threat to the environment, however, and so we must find ways to reduce our environmental footprint more broadly. On an individual level, I need to adjust my lifestyle so that I have the least possible impact on the environment. For example, I can bike or take public transportation rather than drive; I can buy a more fuel-efficient or electric car; I can minimize driving and air travel; I can eat local, organic food; I can only eat free range meat or even go vegetarian or vegan so as to not oppress animals; I can recycle; I can compost; I can raise my own vegetables; I can buy Energy Star appliances and high efficiency furnaces; I can insulate my house; I can set my thermostat to use less energy; I can have fewer children or none at all; I can support indigenous peoples by buying traditional crafts; I can avoid buying from large corporations, especially big box retailers like Walmart that crush local businesses; I can use alternative and complementary medicine so as not to support big pharmaceutical companies; and so on. Not all of these directly affect the environment, but by expressing solidarity with native peoples and opposing large chain stores and major corporations we strike a blow against the capitalist ethic that leads to exploitation not only of the land but of peoples, or so the thinking goes.

On a larger level, corporations must switch to green manufacturing and distribution. Energy efficiency, biodegradable products and packaging, strict pollution controls, purchasing carbon offsets, giving back to the community through charity and volunteer services, all are important elements of the “green” corporation. We should reward companies that pursue these and similar policies, while avoiding those that do not.

There are strong state-centric implications involved. After all, since corporations are motivated by greed and thus can’t be trusted, the government must be involved to enforce environmental regulations. The Environmental Protection Agency needs to set and enforce stringent pollution controls, including for greenhouse gases. The government needs to subsidize alternative energies since they are not yet cost effective. Production of fossil fuels needs to be curtailed. Restrictions on drilling, fracking, and on pipelines will both limit pollution and make alternative energy more cost effective by raising the cost of fossil fuels.

Many of these policies and actions can be supported by people who hold other worldviews, of course. From the perspective of Christian stewardship, many of them are perfectly appropriate. But the question arises, is the danger to the environment so great that all other concerns are necessarily pushed aside to deal with it?

The Gaian Worldview and Cultural Marxism

At this point, the Gaian worldview connects with Cultural Marxism. The problem of environmental degradation is a side effect of capitalism and industrialization. In effect, our environmental crisis is caused by oppression of the environment by the capitalist industrial oppressors in the West. And in keeping with Marxist priorities, the solution is to cede more and more control of the economy and of our personal lives to the government, or better, inter-governmental organizations, and further, to act in solidarity with other oppressed groups and against big business.

Many of these policies and actions can be supported by people who hold other worldviews, of course. From the perspective of Christian stewardship, many of them are perfectly appropriate. But the question arises, is the danger to the environment so great that all other concerns are necessarily pushed aside to deal with it?

In the face of the uncertainty about our imminent demise, should we turn away from other good things to focus single-mindedly on environmental concerns? Is the environmental benefit of banning DDT more important than the 250,000,000 people that contract malaria each year and the 1,000,000 who die from it, when the disease had been nearly eradicated decades ago by using DDT to kill mosquitoes? Is curbing greenhouse gases more important than providing clean drinking water in the developing world, which is much less expensive and easier to accomplish?

Are people more valuable than animals? Which is a more serious problem, human trafficking or trafficking in endangered species? Do people in the developing world have a right to the standard of living we take for granted in the West, and if so, how can that be accomplished without producing more greenhouse gases? How do you balance renewable power against the birds—some of them endangered species—killed by windmills?

How should we view the environmental degradation in China caused by the production of the batteries that are used in our electric cars? If capitalism and development are so bad, why does the developed world have a far cleaner environment than the developing world and Russia?

To put it differently, it is difficult to hold the Gaian worldview consistently in our high-tech world; attempting to do so leads to a host of questions that pit human rights and lives against presumed environmental damage. While we are called by God to be good stewards of the environment, how we prioritize environmentalism compared to the value and quality of human life, particularly in the developing world, is an important question that too few people have thought through consistently.

Although we got to the Gaian worldview through Technogaianism and have been looking at it primarily through a scientific lens, Gaianism, an important subset of the Gaian worldview, is explicitly philosophical and spiritual and sees the earth as a superorganism of which we are a part. It is for all practical purposes pantheistic and has much in common with varieties of Neo-Paganism and the New Spirituality. We will turn to these worldviews in the next article.