Podcast: The Impact of the "Nones" on Sex and Marriage - BreakPoint
Skip to content 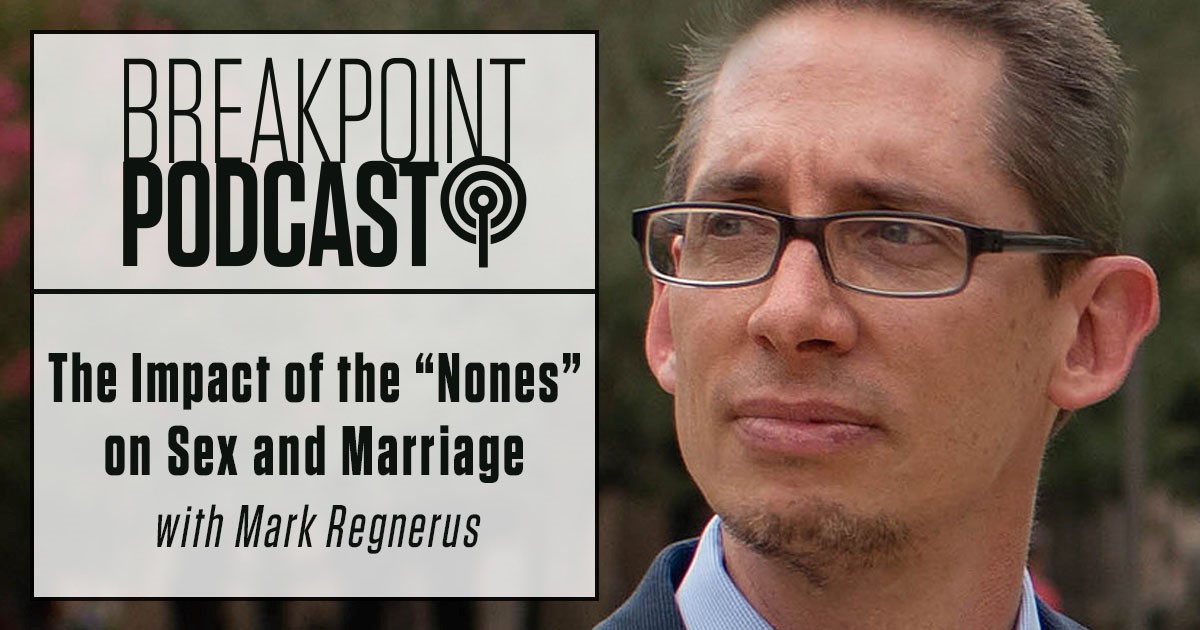 
Podcast: The Impact of the “Nones” on Sex and Marriage

As America becomes less religious, with more and more people identifying as “nones” when it comes to religion, it’s not surprising that American attitudes toward sex and marriage is changing, and not for the better. Clearly, on matters of marital fidelity, divorce, homosexuality, transgenderism, etc., non-religious people are more permissive than religious people. But, as sociologist Mark Regnerus discusses with John Stonestreet on today’s BreakPoint Podcast, even the attitudes of religious people on such issues are growing more permissive by the day.

Mark Regnerus is professor of Sociology at the University of Texas at Austin, and a senior fellow at the Austin Institute for the Study of Family and Culture.