The Novelty of White Supremacy - Breakpoint
What makes the Church essential? Click here to learn more.
Skip to content 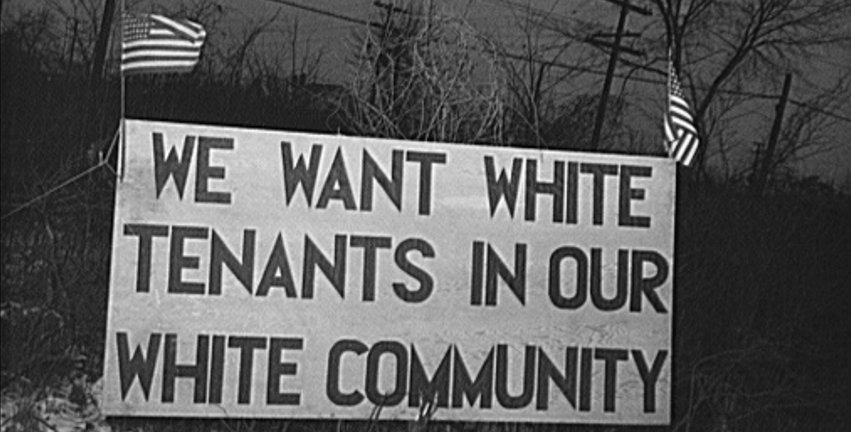 
The Novelty of White Supremacy

Last week, we posted one or two articles addressing the issue of interracial marriage and its place in the Christian consciousness. While most rejoiced that we reaffirmed the Scriptural truth of the unity of the human race, not everyone was quite so pleased.

Some, skewing skeptical, wanted to say that the church had long supported the concept of White Supremacy and the separation of the races and should be cursed as a result. Others, of a traditionalist bent, attempted to defend the church’s legacy by supporting the concept of racial inviolability.

What each of these groups failed to see is that they shared fundamental misconceptions about the historical and biblical record regarding race. I’ve written elsewhere about the theological aspect, how the calls to “come apart and be separate” refer to those outside the people of God, not outside arbitrary racial categories, and the meaninglessness of race-based marriage prohibitions. Nonetheless, it’s good to keep in mind the history as well.

White Supremacy isn’t an ancient screed but a modern conceit. It isn’t something we’ve evolved away from as society has rejected Christianity; it’s something we devolved into the more we separated ourselves from the Bible’s key ideas about the nature of human beings.

White Supremacy isn’t an ancient screed but a modern conceit. It isn’t something we’ve evolved away from as society has rejected Christianity; it’s something we devolved into the more we separated ourselves from the Bible's key ideas about the nature of human beings.

Up until the relatively recent past, there’d have been precious little racial consciousness among Europeans. If you were to get in your DeLorean and head back to the 1300s and ask a local peasant about “white supremacy,” you’d get a puzzled look, twice over.

First, your farmer would find the idea of a singular “white” race a difficult concept. Until the Modern Era, Europeans would have had little idea of belonging to a single group simply because of their shared shallow melanin count. Like any part of the world, people took inordinate pride in their in-group, but this would not have extended from Scotland to Spain or from the Urals to Umbria. They were Saxon, Norman, Cornish, Magyar, Balt, Rus, Gascon, or one of another innumerable “races.”

Second, they’d likely think it laughable that these hypothetical whites would be supreme over much at all. In our day, we’re so used to looking back at the last few centuries of Western imperialism that we forget just how recent that phenomenon actually was.

In the 1300s, “Europe” was a fractured continent, constantly at war with itself and with its more powerful neighbors along its frontiers. Muslim forces made incursions along the Mediterranean, and Mongol domains extended well into Europe. Whites weren’t supreme over their own heartland, let alone anyone else’s.

After several centuries of being pushed further north and west, Europeans regained hegemony of their own continent. Then, beginning in the late 1400s, conquistadors and explorers spread across the seas to the Americas and Africa, finding in these new lands people-groups who could not match their technology and who could be dominated and enslaved at will. With the advent of the scientific and industrial revolutions, Europeans, once the “also-rans” of global relations, were now able to push around those who once dominated their own affairs. By the the late 1800s, there were few places on Earth where people of European stock did not reign supreme.

Far from being justified by Christianity, White Supremacy, and the fear of "mixed races" that came along with it, was able to exist and to thrive only by rejecting the Bible’s claims about humanity's shared Edenic heritage and the denial of the divine image in all human beings. The danger is not in the past alone. If we, in our enlightened age, attempt to solve the problem by prizing our ethnicity over our humanity, we'll only be continuing on the same road they sought out.

These historical factors created a racial consciousness which came first to excuse and later to encourage barbarity against their fellow image bearers. The long struggle against invaders gave them a sense of “us” who could be known in contrast to “them.” Their ability to impose their will on others through technology instilled an impression of superiority. Their power to enslave and expunge others made them wonder if maybe the fact that the could meant that they should.

It was this that created the monster of white supremacy: the sense of belonging to one group distinct from others and the insistence that this unique identity as white was more important than their shared identity as human beings. They didn’t commit genocide and race-based oppression because their ideologies told them to; they created in White Supremacy the intellectual justification for their own worst impulses. What had been a mere bias, common to all people, became a science, declaring one people more valuable than others.

Like any ideology, this was no thin and passive veneer added to their innate corruption. White Supremacy became the activating agent which overruled any restraining sense of common humanity, not only allowing them to commit crimes against humanity, but incentivizing accordingly as the right thing to do.

At the least, and merely a relative least at that, this meant a patronizing attitude towards non-white, fellow humans. Rudyard Kipling, of The Jungle Books fame, called on his American cousins to,

TAKE up the White Man’s burden –
Send forth the best ye breed –
Go bind your sons to exile
To serve your captives’ need;
To wait in heavy harness
On fluttered folk and wild –
Your new-caught sullen peoples,
Half devil and half child.

At worst, and I do mean worst, it meant the subjugation of an entire line of Adam’s sons & Eve’s daughters to perpetual bondage as their “natural” state and eventually to the attempted eradication of supposedly lower races, all that the supposed superior might survive.

Far from being justified by Christianity, White Supremacy, and the fear of “mixed races” that came along with it, was able to exist and to thrive only by rejecting the Bible’s claims about humanity’s shared Edenic heritage and the denial of the divine image in all human beings. The danger is not in the past alone. If we, in our enlightened age, attempt to solve the problem by prizing our ethnicity over our humanity, we’ll only be continuing on the same road they sought out.

The cause of our historical and present racial bias was the rejection of the divine imprint in our fellow man. The only path for peace in this most contorted of relationships is the restoration of the Imago Dei as the central point of our human fellowship. Indeed, it is only by remembering that our neighbor is our fellow man that we may have any hope of a better future.