The Philosophy Fad - BreakPoint
Join us in helping to equip and renew the Church with a Christian worldview by giving before our fiscal-year ends!
Skip to content 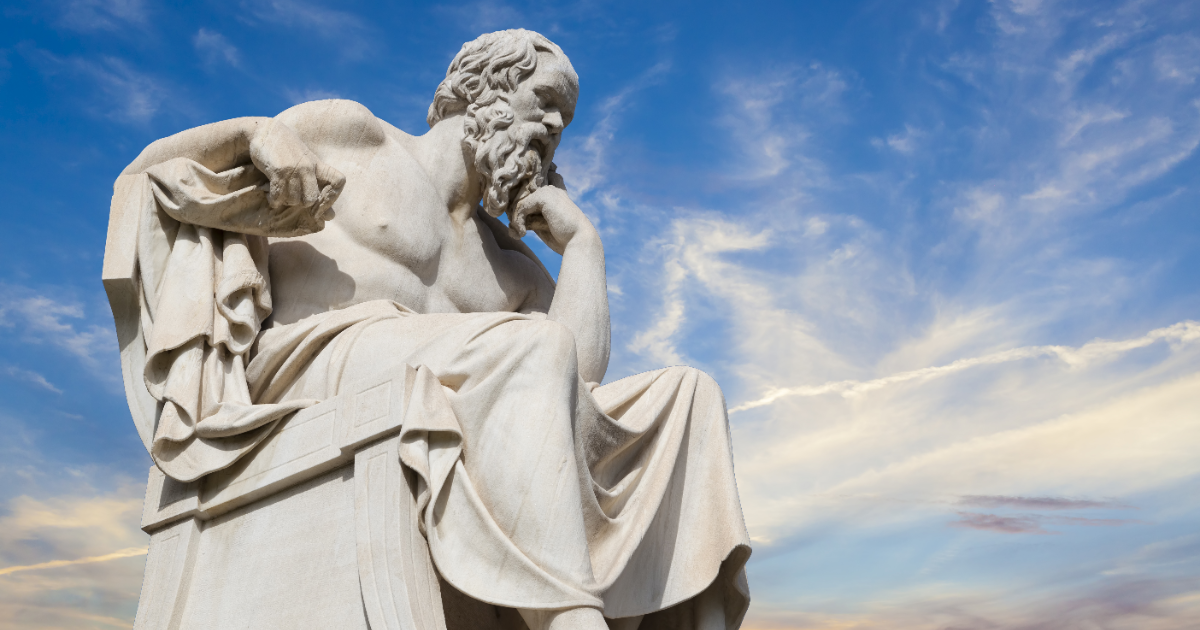 According to Wikipedia, “cultural appropriation” is “the adoption of elements of one culture by members of another culture.” While accusations of cultural appropriation fly around a bit out-of-control these days, the most contentious example is the taking of cultural artifacts of indigenous peoples, such as Native Americans or Australian Aboriginals, by wealthy Westerners, who then use the artifacts as hip decorations.

This kind of cultural appropriation divorces artifacts from their original context and strips them of their intended meaning. In other words, it ignores the worldviews that produced the artifacts in the first place.

Speaking of ignoring worldviews that produced the artifacts, a recent BBC article announced, “Why philosophers could be the ones to transform [our year] 2020.” Apparently, “long dead thinkers from Socrates to Nietzsche are the latest hot property in self-help books.”

For example, there’s the popular book, Aristotle’s Way: How Ancient Wisdom Can Change Your Life. Or, for those who like their wisdom applied with a hammer, there are books offering a sort of popular twist on the thought of Friedrich Nietzsche, with titles like What Would Nietzsche Do? and Get Over Yourself: Nietzsche for Our Times.

Existentialist philosophers like Camus and Sartre are also getting new life as popular thinkers repurposed for our times.

Believe it or not, the hottest philosophers in this new publishing trend are the Stoics; for example, the book, How to think like a Roman Emperor: The Stoic Philosophy of Marcus Aurelius.

There’s a strange irony that these ancient philosophers are hitting it big in affluent places like Silicon Valley. As the BBC article notes, “the Stoics generally took a dim view of huge wealth.”

My intention here is not to criticize anyone trying to take to heart Socrates’s wise maxim that the “unexamined life is not worth living,” but I can’t help but think this self-help fad is a first cousin to the “mindfulness” craze that swept Silicon Valley in the early 2010s. Back in 2013, Wired ran an article proclaiming that meditation could “make your career” in the tech capital.

But, to paraphrase the car commercial, this wasn’t your grandfather’s Buddhism, unless your grandfather was a 60s San Francisco hippie. At least, it’s not the Buddhism of your grandfather if he was Vietnamese or Tibetan. What was then dubbed as “Wisdom 2.0” – yes, that’s what it was called – was really a Buddhism stripped of any of “the dogma and religious trappings.”

Instead of mimicking the prince who renounced his throne and sat under the Bodhi tree seeking enlightenment and preaching about renouncing ego, Wisdom 2.0 was a utilitarian attempt to use the parts of the religion that could increase productivity and offer an edge on their competitors.

It’s hard to think that in “Philosophy 2.0,” Aristotle, Socrates, or Marcus Aurelius will fare much better. How can the ethos of Silicon Valley, with all its talk about constant reinvention and utopian technologies be reconciled with the Stoic emphasis on “differentiating between what we can change and what we can’t”?

It cannot. The only option is to appropriate certain artifacts of Stoicism, such as the language and certain ideas, and use them to decorate your life, just as we might decorate our walls with Navajo rugs. Of course, the rugs don’t make you a Navajo, and quoting Marcus Aurelius in memos won’t make you a Stoic either.

Chuck Colson used to say that people who identify themselves as “spiritual” while rejecting any ultimate authority essentially build “god kits” for themselves, borrowing bits and pieces from various religions. I call it the “buffet approach to worldview”: a little of this and a little of that.

This utilitarian approach not only ignores essential ideas and concepts and fails to understand them in their original contexts, it fails to wrestle the final and ultimate question of whether or not the philosophy is true. We might mention that an awful lot of Sunday morning sermons do the same kind of thing with Jesus’ teaching, but that would take another commentary.

Either way, in this new trend of philosophical appropriation, the master is the same master of the old trend: Me. Stoic philosophy just sounds better than “self-help.”

In Silicon Valley, Meditation Is No Fad. It Could Make Your Career

Why philosophers could be the ones to transform your 2020

God Weeps With the People of UvaldeJohn Stonestreet Timothy D Padgett - We do not grieve as though without hope. One day, everything sad “will become untrue.” And because we do not…