The Faith of the Fierce - Breakpoint
How can we respond to those around us with truth and love? Give today to receive this month's featured resource.
Skip to content 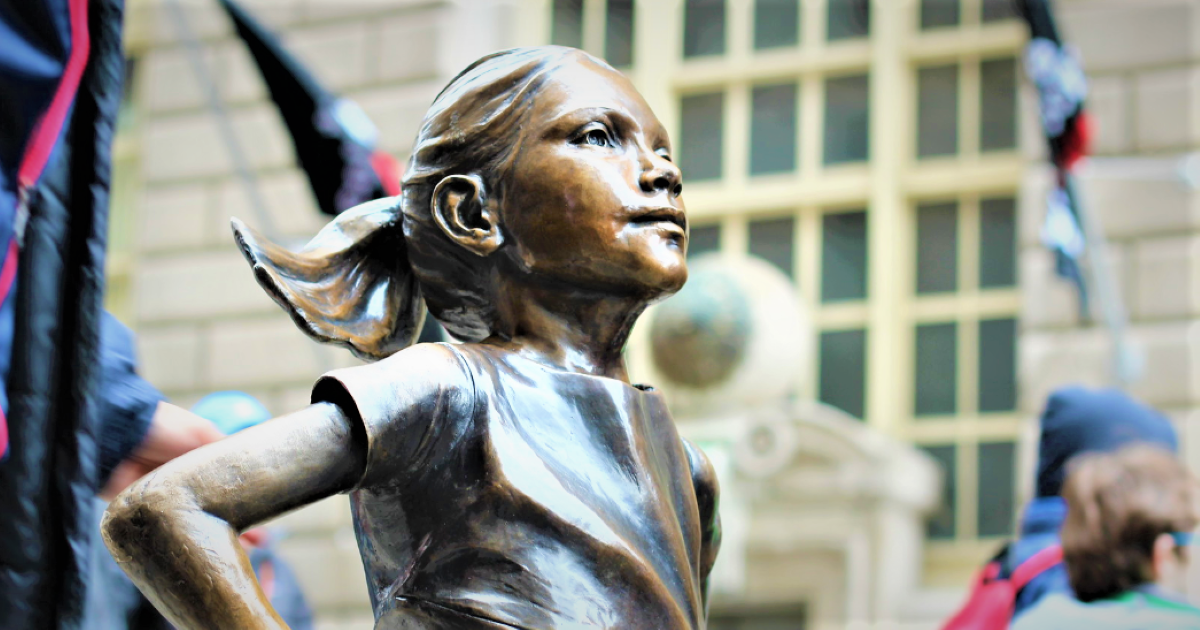 
The Faith of the Fierce

I’d seen this or something like it a few times on social media, and it bugged me. It was a nice sentiment and all. Husbands do well to compliment their wives in public, even if it sometimes embarrasses them to no end.

No, it wasn’t the praising of a wife’s beauty that needled me; it was the appellation “fierce.” It may be in the eye of the beholder, but beauty means something. You might not agree that his wife is beautiful, but at least you have an idea what he means when he says it. Whether referring to her character or her appearance, when a man says his wife is beautiful, there is content to his compliment.

But fierce? What does that mean? A storm is fierce, an attack is fierce, a tiger, a wind, a taste – these all are fierce. What they are not is good . . . or bad. There’s nothing to say whether this fierceness is the fierceness of a hurricane wiping out a city or of a lover for her beloved.

Now, clearly, when someone refers to another as “fierce,” he’s using that to say that she, and it’s nearly always she, is strong, she is independent, she is unbowed and defiant. But the word itself tells us nothing about her fierceness, other than it simply is. And that is telling.

Rather than being a word we use to amplify another, being fierce has become an end in itself, a praiseworthy goal without concern whether it is good or bad. To be fierce, to be strong, independent, and so on is seen by our contemporary culture as a positive good, regardless of content.

Again and again and again, we are beat over the head with the idea that virtue is strength. Not just any strength, mind you, but the strength that challenges others and marks out a new path.

I would gladly write this off as yet another petty sign of the degradation of the English language were it not that this is hardly an isolated phenomenon. Take a moment one day to peruse your local bookshop, if you can manage to find such a dinosaur. Look at the descriptions and images for its heroes, particularly those for young women. What words and pictures are displayed?

Strong. Brave. Rebel. Defiant. Challenger. Authentic. Against the odds. Upset expectations. Refused to follow. Made her own way.

Again and again and again, we are beat over the head with the idea that virtue is strength. Not just any strength, mind you, but the strength that challenges others and marks out a new path.

There’s a lot to admire in a lot of these heroes. Marie Curie lived and died making amazing discoveries about the nature of the universe. Mary Wollstonecraft Shelley all but invented the genre of science fiction while still a teenager. Harriet Beecher Stowe roused a nation from its apathy over a cataclysmic injustice. Harriet Tubman was a stalwart advocate for human dignity at great risk to her own life. These heroines, along with many other women and men like them, helped to change the world for the better.

Questions of good and bad, justice and injustice – these are cast aside in favor of simply being “strong.” Doing otherwise would require a standard of morality higher that what we ourselves can fashion.

Think of the reaction to the J. Lo Super Bowl extravaganza. When critics complained about its racy (and misogynistic) nature, these complaints were tut-tutted away with glowing comments about the show’s “empowering” nature and how “authentic” and “defiant” was the tone. Think of the inevitable omnicompetent “strong woman” character inserted into nearly every movie, so ably parodied by the always entertaining Amy Adams.

Think of the fascination with Senator Warren’s persistence and the adulation of the “Fearless Girl” statue. To what end was Warren persisting? Was it a good goal? Of what is the girl fearless? Should she be? Such questions have less value today than the simple fact of their self-asserting power.

Like a man whose tongue is deadened to the subtlety of good and bad and must rely on mere potency to enjoy his food, our culture has lost its sense of value and now recognizes only power. If there can be no right or wrong, only fierceness, courage, and strength matter.

What would this look like if applied to classic tales? If it hasn’t already happened, I can’t imagine it will be long before someone reimagines Narnia. Instead of the White Witch as tyrant over the land of talking beasts, she will be the fierce Queen Jadis, who by her power and might, defied the Emperor Beyond the Sea and lived her authentic life as a rebel on her terms. This traditional villain has all the makings of a hero for our age.

Like a man whose tongue is deadened to the subtleties of good and bad and must rely on mere potency to enjoy his food, our culture has lost its sense of value and now recognizes only power. If there can be no right or wrong, only fierceness, courage, and strength matter, as these alone grant us the sensation of significance.

But power unbound by virtue is indistinguishable from tyranny. If we preach only a gospel of strength, then we will lose both the right and the ability to claim any difference from the power we oppose and what we wield ourselves. It’s not a matter of being strong or not; it’s a question of whether being strong is enough.

In tragi-comic etymological fallacy, we’ve conflated the “vir” of virtue and virility, leaving a world where to be strong is to be good. Given the feminine nature of so many of these newly fierce heroes, this is a double-tragedy as unadorned defiance now defines virtue. While ostensibly taking a stand against the abuses of male power down through the centuries, this trope has done nothing but ape the men it claimed to dethrone.

When Paul wrote of the Fruits of the Spirit, he wasn’t listing out feminine virtues applicable only to women. These were the marks of faith for all Christians, male and female. When he spoke of Christ emptying Himself and leaving aside His power and glory for others, this wasn’t a curse but a pattern to follow.

If we are to be Christians, we must follow the One who tells us to take up our cross and follow Him, and along that road is not self-exaltation and fierceness but self-sacrifice and other-centered love. Strength, fierceness, and all the rest mean nothing if they don’t point to something other than themselves. We must set aside our allegiance to power and look instead to something bigger than us, to Someone better than us.