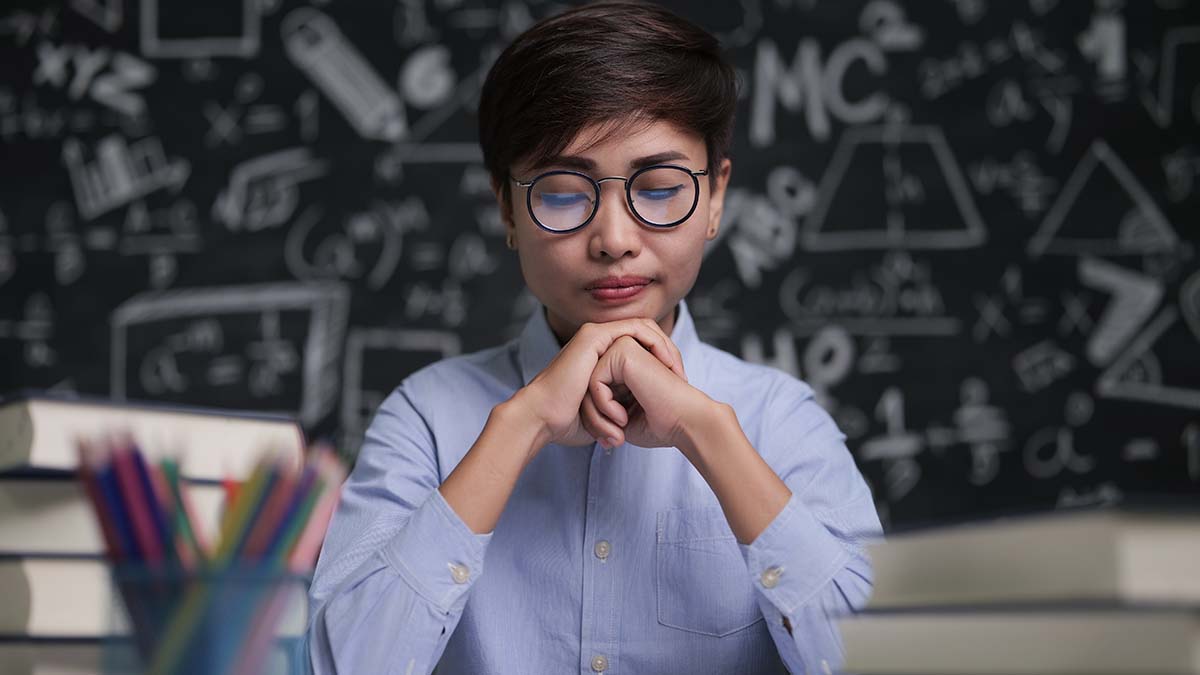 
There’s No Such Thing as Values-Free Education

A few weeks ago, Gabriel Gipe, a high school AP Government teacher in Sacramento, was suspended for encouraging his students to take up far Left activism. When students complained about the Antifa flag he’d hung up in his classroom, he dismissed their concerns and suggested that only fascists would be bothered by it. He also offered extra credit to students who attended radical political rallies.

And, in an ironic and a-historical twist, this avowed anti-fascist also posted a photo online of himself with a Communist “hammer and sickle” emblem tattooed across his chest. According to one report, he often used “stamps with images of Josef Stalin, Fidel Castro and Kim Jung Un” to grade papers, and a poster of Mao Zedong was hung on his classroom wall. Apparently, this wasn’t just his way of being edgy or provocative. In a video published by Project Veritas, Mr. Gipe was recorded saying, “I have 180 days to turn them into revolutionaries.”

Local parents were understandably enraged that their child’s teacher praised history’s worst villains, but while calling out his flawed thinking, some of his critics missed something essential about education. One mother said,: “I’m all for freedom of speech. I’m not going to deny that, but when you are a teacher, your job is academics. You are not here for morals, values, political views—anything like that is not welcome in the school unless it’s a private school.”

Of course, no parent should tolerate such a historically devastating worldview being foisted on students, but it is a mistake to think that education without “morals, values, (and) political views” is possible. Or, for that matter, even desirable. It’s not.

Stripping morals from education—or, more accurately, attempting to strip morals from education—is a dangerous idea with dangerous consequences. Chuck Colson repeatedly highlighted this, especially in light of the financial scandals of the late 1980s and early 2000s. He spoke often of “a crisis of character” and the “inescapable consequence of neglecting moral training.”

This is also the central focus of the essay “Men Without Chests,” the opening essay in one of C.S. Lewis’s most important books, The Abolition of Man. Lewis clearly saw that years of attempts to de-moralize education would not give us a world without vice, but a world without virtue. And, he closed, we would wonder how it could ever have happened in our enlightened age:

In a sort of ghastly simplicity, we remove the organ and demand the function. We make men without chests and expect of them virtue and enterprise. We laugh at honour and are shocked to find traitors in our midst. We castrate and bid the geldings be fruitful.

Fast forward a few decades and here we are. When communism-loving and Critical-Race-Theory-advancing teachers work to indoctrinate children (even while denying it), they are simply stepping into a vacuum left long ago by those trying to make education amoral. They may be wrong to promote those particular values and moral framework, but they’re right that education as inescapably an act of moral formation.

T.S. Elliot reflected on this years ago in an essay about the purpose of education:

Assuming that kids go to school only to acquire data is to assume that kids are mere computers made of flesh. With all due respect to this very concerned mother and Winnie the Pooh, education is about more than how to make “Twy-stymes” and “ABCs,” or knowing where Brazil is. Here’s how Neil Postman put it:

Modern secular education is failing not because it doesn’t teach who Ginger Rogers, Norman Mailer and a thousand other people are but because it has no moral, social, or intellectual center. The curriculum is not, in fact, a “course of study” at all but a meaningless hodgepodge of subjects. It does not even put forward a clear vision of what constitutes an educated person, unless it is a person who possesses “skills.”  In other words, a person with no commitment and no point of view but with plenty of marketable skills.

So, to summarize: Elliot taught us that a values-free education is impossible. Lewis predicted that the attempt at a values-free education would produce people not able to make moral decisions. Postman pointed out that education needs a moral center, or it’s not an education at all. Educating for “skill acquisition” doesn’t actually prepare students for life. And now, into the morals void, sundried progressive causes are promoting the ideologies that gave fascism to the world, in the name of being anti-fascists. We should’ve seen it coming.

But, we didn’t, and here we are, facing incredible challenges but also an incredible opportunity to show a better way for education and moral formation. You can start by studying The Abolition of Man with the Colson Center and Dr. Michael Ward this month. For a gift of any amount to the Colson Center this month, we will send you two books and access to special online content.

Support the Colson Center and Receive The Abolition of Man offer>>>>