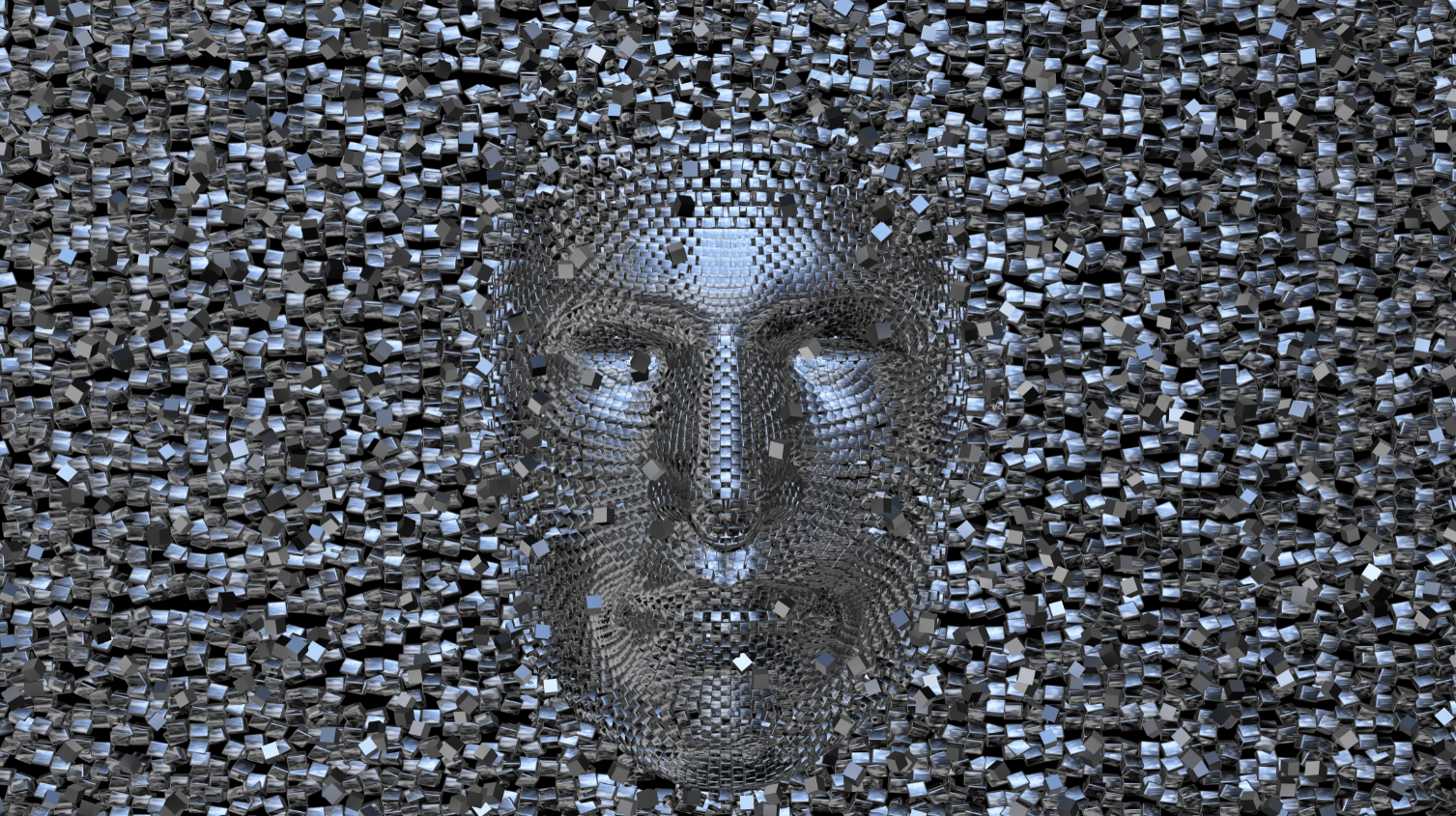 The previous article in this series summarized the history of Transhumanism and outlined some of its different forms. Although in its more extreme forms it sounds like science fiction, parts of its program are already in place and there are scientists who are diligently working to make more of it a reality. It is thus important for us to think through the implications of these proposals before they are carried out and to ask not simply whether we can do them but whether we should.

Let’s start with some basics of the Transhumanist worldview. Transhumanism is based on materialist metaphysics, that is, it assumes that matter and energy are all that exist. Our minds are thus a product of our brains, which are nothing more than highly complex computers. As a result, it is possible to create true Artificial Intelligence (AI) which will be able to do everything our brains do everything our brains can do. Microsoft and Elon Musk have teamed up to create advanced AI that will move in this direction. Eventually, just as our brains evolved, AI will be able to rewrite itself into more and more sophisticated forms which we might not be able to understand ourselves, leading to the Technological Singularity (the development of super-intelligence) discussed in the previous article.

To the Singularitarian and some other Transhumanists, human consciousness is the product of the brain’s calculations. Thus, when machines are sufficiently powerful and sophisticated, they will become conscious and self-aware themselves.

Given that there is no essential difference between our brains and computers, according to this way of thinking, we should be able to create interfaces between our brain and the super-intelligent computer network, allowing us immediate access to all the information on whatever replaces the internet. We will also have all the capabilities of super-intelligence. Since other people will be connected into this system, we will also have access to their minds, creating a collective consciousness for humanity united with the super-intelligence of the machines in technological nirvana in which we experience the fundamental unity of all things (or at least of all minds).

Western medicine has long viewed the body as a biochemical machine and from that perspective has developed some very effective means for repairing it. This is essentially a materialistic perspective: we are bodies and if there is a soul, it is a product of the brain.

Further, if all these assumptions are correct, a form of Immortalism naturally follows. Since the mind is a product of the brain, once the brain wears out, the mind would normally disappear, but since our brain is no different from a computer, it should be possible for us to upload it into a sufficiently complex computer and thus allow us conscious survival beyond death, perhaps in the technological nirvana. While some forms of Immortalism focus on making our bodies deathless, in this case only our consciousness would be immortal. This is thus a kind of Technognosticism, where what is ultimately important and what survives is not our bodies but our minds.

This same division of body and mind underlies Postgenderism: we can replace biological reproduction with artificial wombs and other technological fixes, fulfilling the goal of the Sexual Revolution of liberating sex from the constraints of biology and giving it its proper function of providing physical and psychological pleasure. Our gender can thus be whatever we want it to be, and we can use our technology to conform our bodies to our minds. This form of Transhumanism thus merges with the ideology of the Sexual Revolution, LGBTQ ideas, and especially Transgenderism.

Given the materialist assumptions underlying Transhumanism, this Technognostic direction seems odd, but it flows naturally from Transhumanism’s initial premises. But those premises are dubious at best. While there is a connection between the brain and the mind, scientists and philosophers have been debating what it is for years. It is far from clear that the brain produces the mind, that the brain (and mind) are based on calculations of the sort that computers can do, that consciousness arises from calculations, etc. Further, creativity, empathy, compassion, individual tastes in music and art, emotions, curiosity, love—all the things that make us human and give meaning to life—cannot be reduced to computer algorithms. Yet these versions of Transhumanism assume they can.

But what about more biologically oriented versions of Transhumanism that want to harness science and technology to take charge of our own evolution as a species, whether through life extension or technological augmentation (also known as biohacking)?

While these approaches to Transhumanism would seem to be the antithesis of Technognosticism, they do share some of the same worldview assumptions. Specifically, they tend to be materialists and to believe that science is the key to discovering truth; unlike some Singularitarians who see potential dangers in moving toward the Singularity (which should be obvious to anyone who has watched science fiction films), most biohackers assume that if we can develop an interesting technology or modification of the human body, we should try it on ourselves or on willing test subjects.

A concrete example of this is embedded RFID chips. RFID tags have been used in a wide range of applications, including keeping track of parts or cargo, opening locks, and creating machine readable passports. RFID chips were embedded in cattle as a way of keeping track of herds and have since become common in pets. The first RFID chip was embedded in a human in 1998. They have since been used to identify VIP patrons in clubs, to pay bills, to open security doors, to monitor workflow and inventory management for patients in hospitals, and to keep medical records. The body thus functions as its own ID, as a debit card, as a key, and as a medical record system—and thus as an interface to the internet. Lest you think that this is all nothing but science fiction dreams, Elon Musk, who makes a habit of making sci-fi reality, hopes to begin human testing by the end of next year.

Similarly, scientists and engineers are working to develop artificial organs as well prosthetics that have greater abilities than natural limbs and could replace them, all of which will be connected to the internet and will have software upgrades wirelessly transmitted to them.

The Nature of Our Bodies

And here we see another assumption common to all these forms of Transhumanism: the body as an upgradeable machine. Just as uploading the mind is intimately connected to artificial intelligence and to connecting the brain to the internet (or whatever replaces it), so biohacking is designed to increase the capabilities of our bodies, giving them a technological upgrade that will enhance life. And just as the brain controls the body, so our new technologies will connect to computers, AI, and the internet to improve their functions and efficiency.

Biblically, we are embodied souls, and if we are to have a balanced worldview, we cannot neglect either. Western medicine has long viewed the body as a biochemical machine and from that perspective has developed some very effective means for repairing it. This is essentially a materialistic perspective: we are bodies and if there is a soul, it is a product of the brain. But this viewpoint does not take into account the role of the mind in health, including such things as the placebo effect or psychosomatic illnesses; it also does not explain alternative therapies such as acupuncture. In contrast, Eastern worldviews along with traditional Gnosticism say we are souls and our bodies are at best secondary to who we are.

The problems raised by Immortalism and other forms of technological enhancement are legion, and they all come from a defective metaphysics, the resulting defective view of humanity, and a scientism that for the most part argues that if we can do something we should. The arrogance of those who believe we can take control of our own evolution, as if we knew enough to understand all the implications of our actions, is nothing short of breathtaking.

Life extension technologies may seem harmless. After all, isn’t that the goal of medicine? And much of the research is in fact benign. But when it begins moving into gene editing and splicing, manipulating mitochondrial DNA, and the like, we are entering ethically questionable territory as discussed in an earlier article.

But the questions raised by life extension technologies go well beyond these ethical issues into areas of sociology and anthropology. Suppose we succeed and vastly extend human lifespans into the hundreds or thousands of years. Suppose we actually figure out a way to make people immortal. Who would have access to the technology—a question we could also ask about any other physical or intellectual augmentation? Do we create a master race that then dominates those who do not have the opportunity to benefit from the technology? Every new technology, if it survives, is adopted first by those with the money to afford it before economies of scale allow it to reach the masses; if we did develop these technologies, would they actually be shared and if so, who would pay?

And if we live forever (or close to it), what do we do about reproduction? Does it become illegal to have babies because of the problem of overpopulation? How does this change our relationships with other people? How does it change society and education? Does the evolutionary imperative to reproduce just vanish or do we need to sublimate it or provide a substitute?  We already are producing robotic pets and baby dolls as companions for the elderly, not to mention sex bots, and these will only improve with AI. Does that become the future of families in a world where everyone lives for centuries or more?

The problems raised by Immortalism and other forms of technological enhancement are legion, and they all come from a defective metaphysics, the resulting defective view of humanity, and a scientism that for the most part argues that if we can do something we should. The arrogance of those who believe we can take control of our own evolution, as if we knew enough to understand all the implications of our actions, is nothing short of breathtaking.

The specter of overpopulation in the world of Immortalism is a good transition to Technogaianism, an environmental movement that looks to use technology and genetic engineering to reduce humanity’s impact on the world. It fits broadly into an environmentally based worldview that we will discuss in the next article.