What Ash Wednesday and Lent are All About - Breakpoint
What makes the Church essential? Click here to learn more.
Skip to content 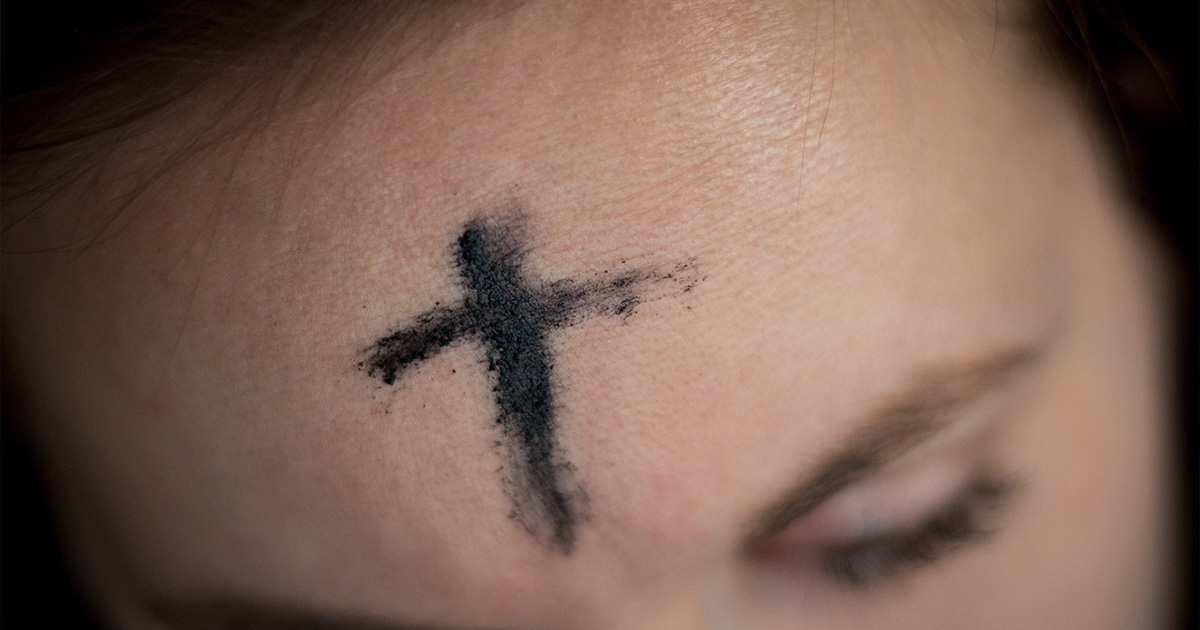 
What Ash Wednesday and Lent are All About

Today is Ash Wednesday, which marks the beginning of the season of Lent. Its message is more needed today than ever.

Lent is a 40-day period of time (Sundays aren’t included in the count), set aside in the Church calendar to reflect and to prepare. In a sense, the Season of Lent is for Easter what the Season of Advent is for Christmas, but even more counter-cultural in its assessment of the human condition. Plus, as a holiday, Easter is not nearly as popular as Christmas, and can come and go before we know it.

Even so, for most Christians, all that’s left of this season is the idea of “giving up something for Lent.” The original idea of disciplining the body, repenting of sins, and preparing to remember Jesus’ passion and death in order to celebrate His resurrection has been whittled down to an annual Christian weight-loss plan. It’s a loss far greater than mere tradition.

Implied in the disciplines of Lent, whether fasting from some indulgence or embracing some new habit of life and godliness, is the inherent connection between body and soul. Beginning on Ash Wednesday, when ashes are imposed by the clergy on the forehead in the shape of a cross, we are reminded of who we are with these words, “Remember, you are dust, and to dust you shall return.” The ashes remind us that we are not less than physical beings, made from the dust of the earth, and therefore mortal. We will one day die.  All of the above is easily forgotten in a society like ours, which suffers from a split personality.

On one hand, tremendous emphasis is placed on physical appearance and meeting physical desire. We idolize sex, obsess over diet and how our bodies look, and rearrange the entire world in order to guard our physical health. On the other hand, we deny that our bodies have any say about who we are, instead demanding biological workarounds that will accommodate whatever it is we want.

This is just the latest incarnation of an ancient heresy that will not die. Gnosticism arose at roughly the same time as Christianity. The name comes from the Greek word gnosis, which means knowledge. Gnostics believed that through the acquisition of secret knowledge, one could escape the confines of the physical world. According to Gnostic cosmology, the invisible and immaterial are superior to the physical. Thus, the soul or spirit is superior to the body. At best, the body is irrelevant. At worst, the body is an evil, an hindrance to the spirit and thus to salvation.

So, some Gnostics gave themselves over to hedonistic expressions of drinking, gluttony, and sexual abandonment since the body could not affect the spirit. Others turned to strict asceticism, rejecting sex, wine, meat, and other foods, denying the body to strengthen the spirit. Some even went so far as to starve themselves to death.

Gnosticism as a formal religion largely died out by the end of the third-century A.D.  Gnostic ideas, however, continue to show up in both conservative and progressive Christianity. Some Christians confuse the Bible’s condemnations of the world and the flesh as a rejection of the physical world and the significance of our bodies. This shows up in forms of false asceticism, which in the words of Paul’s letter to the Colossians “are of no value in stopping the indulgence of the flesh.”

Alternately, many progressive Christians embrace new cultural orthodoxies and deny that our bodies have meaning. Rejecting the natural purposes of God’s good design, they deny sexual difference and that our reproductive systems are designed for procreation; they deny the inherent good and rights of children, the permanence of marriage, the morality that best protects sexual relationships, and other ordered goods of the human body.

In particular, transgenderism is an explicit neo-gnostic rejection of human bodies, treating them as largely irrelevant to our identities. Instead, who we really are is determined by some non-observable, non-objective, non-empirical secret knowledge known only to ourselves, but to which everyone else and reality itself must adapt.

Ash Wednesday and Lent directly challenge this way of thinking, reminding us that our bodies and souls are inextricably linked, that we are more but not less than physical beings, and that God’s creation was, indeed, good. We will die, one day, a fact of life that so many in our culture perpetually try to distract themselves from. And, corrupted by our own sin, we are in need of God’s mercy and forgiveness.

Whether or not you receive the imposition of ashes today or participate in a Lenten fast, don’t let Easter sneak up on you just yet.  Remember you are dust, and to dust you shall return. Embrace the significance of the body and its inseparable union with our spirits. This knowledge is revealed by God, and not kept in secret. Use it to draw near to God, who took on a human body, lived, died, and rose again so that we might rise with Him.