When Christians Face Depression - Breakpoint
Give today to learn what it means to be a thoughtful Christian!
Skip to content 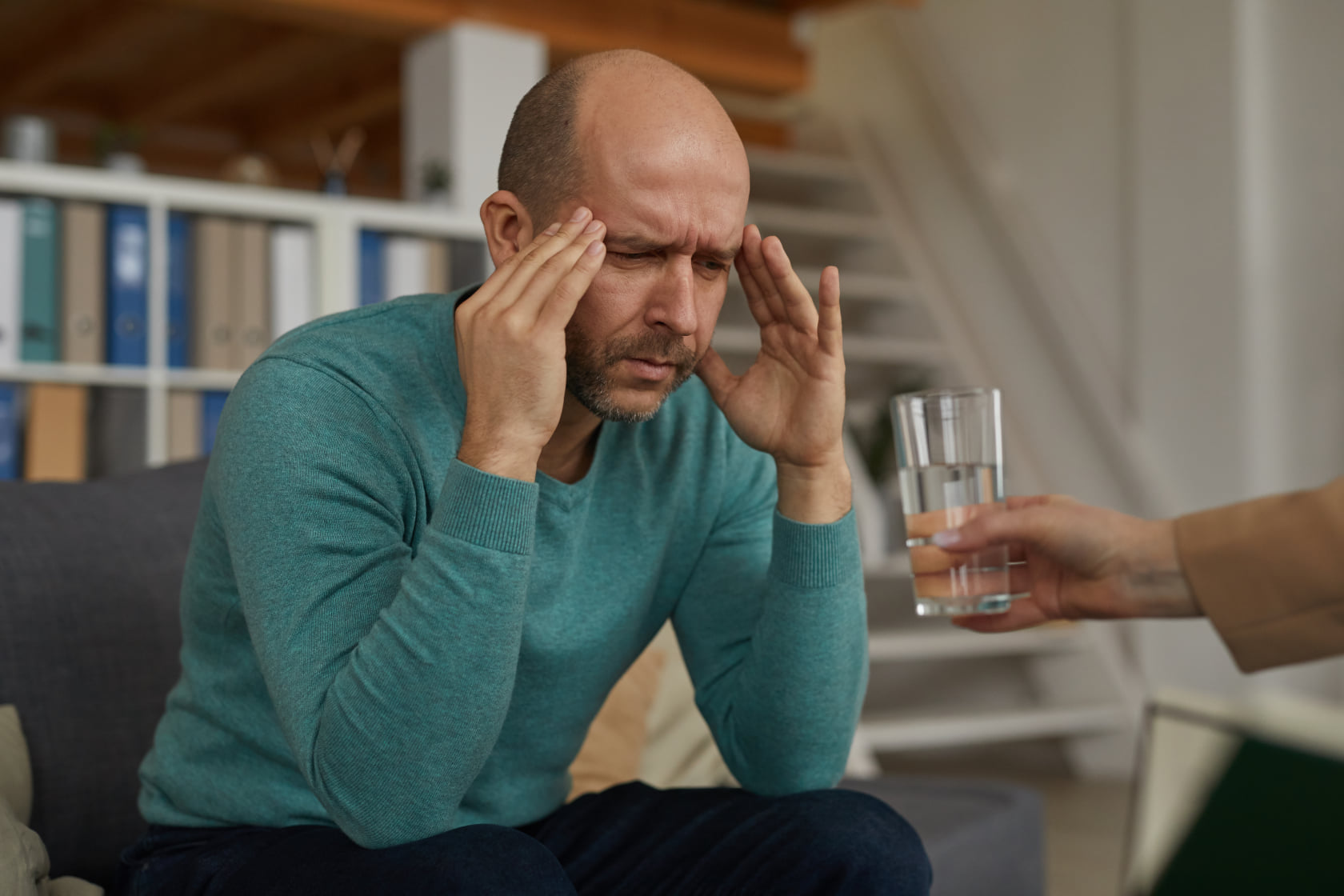 Dylan Buckner seemingly had the world in front of him. The 18-year-old from Glenbrook North High School in the northern suburbs of Chicago was both an athlete and a scholar. Dylan, a record-setting quarterback, captain of the football team, and good student, had received 14 offers to play at Division III schools. He had hoped to line up behind center at MIT this fall.

Instead, his family was forced to goodbye earlier this month after he committed suicide at an Embassy Suites in Deerfield, Ill. Dylan’s death was unexpected, of course—but perhaps not completely. Dylan, his father Chris Buckner told the local news media, had experienced depression over the last few years, but “his depression worsened significantly after COVID hit.”

Earlier in the pandemic, the federal Centers for Disease Control discovered that 25 percent of young adults had thought of killing themselves in the last 30 days—up from 10.7 percent in 2018.  The share of respondents of all ages who had contemplated ending it all also skyrocketed, from 4.3 percent to 11 percent. COVID is a killer in more ways than one.

Christians, of course, are not immune to depression, COVID or no COVID. According to LifeWay, 59 percent of pastors surveyed said they had counseled someone who was later diagnosed with a mental illness, and 23 percent said that they have experienced some kind of mental illness in their own lives.

Although suicide is generally less prevalent in religious versus nonreligious groups, in recent years the evangelical community has been rocked by several high-profile incidents.

Unfortunately, many in the faith community seem to take a simplistic approach to mental health issues. A 2013 Lifeway study found that about half of those who identified as evangelical, fundamentalist, or born-again Christians believe prayer and Bible study alone can overcome mental illness. However, Chuck Hannaford, a clinical psychologist who consults for the Southern Baptist Convention, told The Gospel Coalition that too often we have artificially divided care for the mind, body, and soul, when in fact they affect one another.

“Being a pastor is a dangerous job,” Hannaford said. “Especially in certain evangelical circles, where you have more of a fundamentalist orientation theologically, you find pastors who will reduce their depression or their negative thought processes to strictly spiritual problems.”

Though I am no expert on depression and suicide, I agree that the fall of mankind has affected our bodies, minds, and souls. While Christ’s grace is always sufficient, we shouldn’t be surprised when mental distress can be traced to one, two, or all three. Thus, our approach also needs, where appropriate, to be multifaceted.

As someone who sometimes experiences deep bouts of depression—particularly during Chicago’s seemingly endless winter months of darkness and cold—allow me to share a few points that have helped me, at least a little.

Get help. Whether it’s a trusted counselor, pastor, spouse, or friend, tell someone what you’re going through. There is no substitute for wise counsel, a shoulder to lean on, someone to wipe our tears, or a heartfelt prayer. Just sharing a burden can lift our sense of isolation and give us hope when all seems hopeless.

Go easy on yourself. As I have said before, don’t beat yourself up, don’t look too far ahead, and allow the Lord to minister to you day by day—whether you feel His presence or not.

Don’t allow feelings to control you. Yes, Christians sometimes feel abandoned by God. Even Mother Teresa spoke of “not [being] wanted by God, repulsed, empty, no faith, no love, no zeal.” But we must obey the truth of the gospel, not these feelings, which come and go. God has promised, “I will never leave you nor forsake you.”

Suffering is normal. Expect it. Jesus, who told us to take up our crosses and follow Him, was a crucified Savior. While no suffering is pleasant, it is often the means God uses to make us holy. Let us not recoil from it as though something were wrong with us. Remember, even our Lord “learned obedience through what he suffered.”

Get some exercise. Play. Get outside. Go for a walk. Do something you enjoy. Besides the obvious physical benefits, experts say that exercise can “boost your mood, improve your sleep, and help you deal with depression, anxiety, stress, and more.”

Put it all in perspective. This world is not the goal. Talk to God, worship with His people, read the Word, and regularly meditate on the new heaven and the new earth. As the Apostle Paul, who knew a thing or two about suffering, said, “For this light momentary affliction is preparing for us an eternal weight of glory beyond all comparison.”

There is no doubt that suffering in this broken universe is all too real. But God’s grace is realer still, and it will have the last word.

Even for you. Even for me.