Who Do You Say That I Am?
Join us in helping to equip and renew the Church with a Christian worldview by giving before our fiscal-year ends!
Skip to content 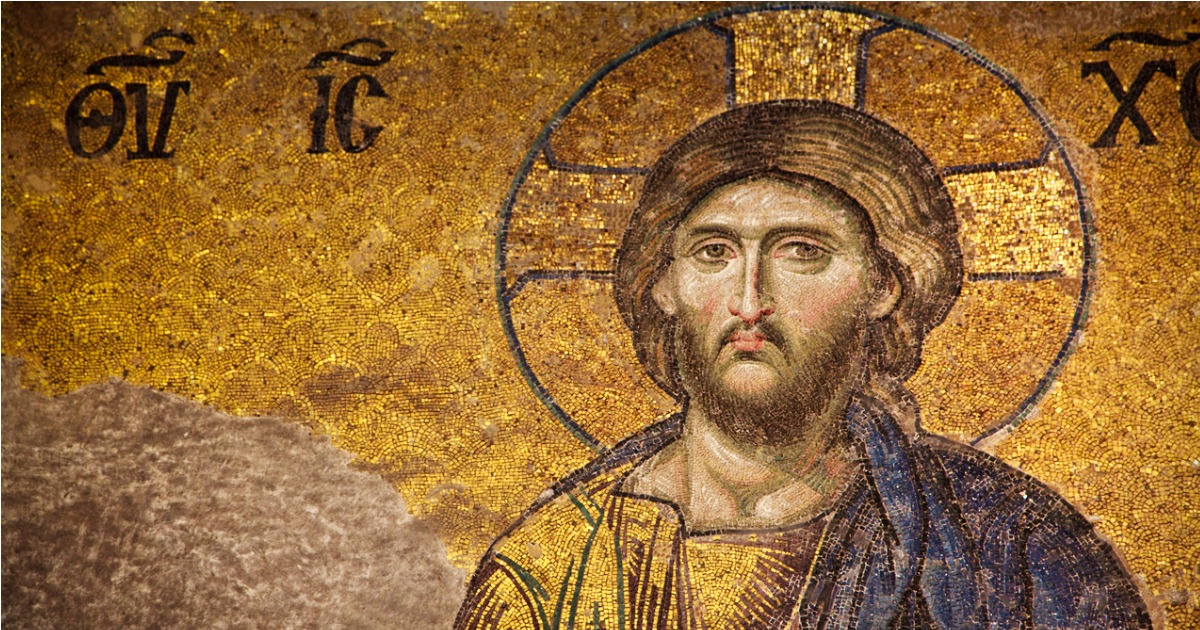 “For one will scarcely die for a righteous person—though perhaps for a good person one would dare even to die— but God shows his love for us in that while we were still sinners, Christ died for us.” – Romans 5:7-8

One of the most popular images of Jesus in the world today is of His indiscriminate, inclusive love. For many, Christian and non-Christian alike, here is the true Jesus. This portrayal is set against the judgmental Jesus of an older, institutional Christianity, supposedly more interested in enforcing contemporary cultural norms than in following the path of the gentle carpenter from Nazareth. With “Judge not!” ever-present on His lips, this Jesus would never have condemned anyone for their lifestyle, and He certainly never would have told anyone to leave a life of sin. Is this understanding of Jesus truly accurate, or have we created our own culturally comfortable Christ?

This is true in any age. A quick internet search will show us that paintings of Jesus down through the ages tend to reflect the ethnicity of the artist. As historically inaccurate as this is, it shows an understandable and universal attempt to connect to Christ in a highly personal way. By making Him look like us, we feel ourselves closer to Him in some way. On the down side, this is almost inevitably accompanied by making Him in our own image in other ways, too. As we shape Christ for our lives, we begin to think that He must share our hopes, our dreams, and our opinions.

Now, ironically this is one of the things which we’re all very aware of . . . at least in others. We’re quick to point out the silliness of “White Jesus” and other inaccurate incarnations of the erstwhile Middle Easterner. We’re also keen to point out how blinded others are to the ways their culture is dictating their view of Christ, all the while missing the burgeoning log in our own eyes when it comes to our understanding of the Son of God.

This is hardly a new phenomenon. Look how the people who met Jesus face to face reacted to him. Throughout the Gospels, everyone around him, both friend and foe, couldn’t handle who Christ truly was. If nascent Apostles like Peter and Paul could reject the true Christ because He didn’t fit their preconceptions, what makes us think that we don’t have prejudices to blind us to who Christ is and what He wants of us?

The Jews of the 1st century could only fathom a militaristic deliverer, because that was what their culture demanded. The North Americans of the 21st century can only accept a certain kind of Christ, one who comports to our own cultural moment. Our culture prizes tolerance, authenticity, and inclusiveness. We see our deepest human needs to be affirmation and acceptance and we are quick to condemn any sort of judgmental tone. What we desire for ourselves, we see incarnated in Christ.

One result of this in our day is that whenever Christians speak out against sexual immorality, one of the most common pushbacks is that we shouldn’t be doing it. We shouldn’t complain about the growing acceptance of homosexuality. We certainly shouldn’t support Christian bakers and photographers who refuse to work gay weddings. Instead, we are told, that we need to follow the pattern of Christ. After all, He didn’t shirk from spending time with anyone, seeming even to seek out the sketchy people of His day, those looked down upon by polite society. If Jesus dined with those His culture called sinners, shouldn’t we do the same?

In a manner of speaking, these critics are absolutely right. As Christians we cannot pick and choose one kind of sinner over another. When we look to the testimony of the life of Christ, His behavior was, indeed, characterized by a radical outreach to people from all walks of life. You can tell a lot about someone by looking at whom He chooses to spend time with, and Jesus spent time with rich people and poor people, religious people and wicked people – Jews, Gentiles, Samaritans, and everyone else in between.

But, here’s the thing. Jesus didn’t hang out with His society’s “riff-raff” because He was okay with their behavior; He dined with them because He wanted to draw them to Himself and to change their ways. Jesus dined with sexually immoral prostitutes, socio-economically oppressive tax collectors, and religiously self-righteous Pharisees. He reached out to all, calling all to leave their sins and come to Him. These weren’t just those society called sinners. These were people He called sinners. The same Jesus who told the woman caught in adultery that He would not condemn her also told her to go and sin no more. Christ never hedged on the Moral Law of the Old Testament, including its standards of sexual morality, yet He had fellowship with those in violation of it.

As Christians we cannot pick and choose one kind of sinner over another. When we look to the testimony of the life of Christ, His behavior was, indeed, characterized by a radical outreach to people from all walks of life.

What H. Richard Niebuhr said in 1937 of the Christianity of his day remains true of ours. “A God without wrath brought men without sin into a Kingdom without judgment through the ministrations of a Christ without a Cross.” If we are going to call ourselves Christians, our Christ must be the Christ who is, and who was, and who is to come, not merely the Christ of our culture. When we see Jesus’ love for sinners as a nebulous affirmation, then we miss the nature and the wonder of Christ as He truly was. We miss His nature because we limit our understanding of Him to those parts of His life and teachings which most closely conform to our present moment. We miss the wonder because we fail to see His love extended to the unlovable.

It is easy for us to love the people we think are lovable. Anyone can do that! What is amazing, what is distinctly Christian and Christlike, is to love the people we think are unlovable. We don’t, as a general society, think that there’s anything wrong with homosexuality, transgenderism, and other “alternative” lifestyles, so we get no real credit for saying we love them. What would be really difficult, really impressive, would be if we started seeking out those we actually think are sinners, unworthy of our love, beyond the scope of grace. Who is that for you?

The amazing thing about Jesus’ interaction with prostitutes, tax collectors, and Pharisees is not that He spent time with them because He didn’t think they were sinners. The amazing thing is that He knew full well that they were sinners, and He still dined with them. He not only dined with them; He died for them. The radicalness of Christ’s life and teachings was not that He refused to judge or to call anyone a sinner. The amazing thing, the defining thing, was that He loved the unlovable, sanctified the sinners, and gave His life for those unworthy of His grace.

Sing with Charles Wesley, “Amazing Love! How can it be? That Thou, my God, shouldst die for me?” and remember the wonder of Christ’s astonishing love for us, the undeserving sinners.