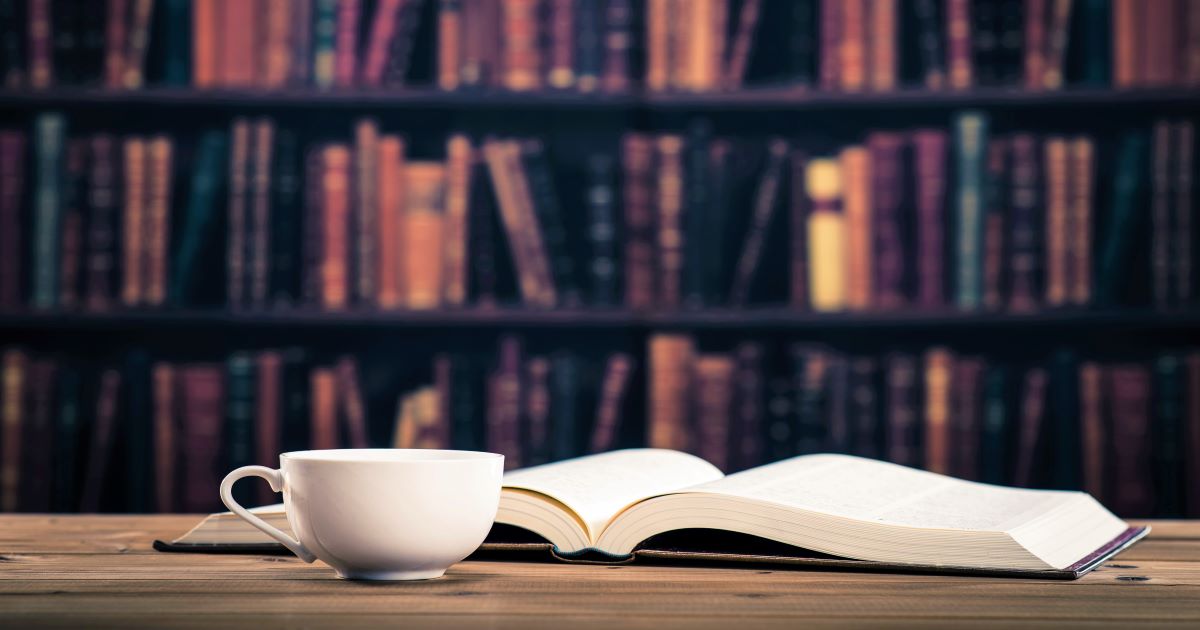 
2019’s Books for Thinking Through the Christian Worldview

I don’t go to movies very often. I don’t watch much television. And as for pop music . . . let’s not go there.

But I do read. A lot. More to the point, I read a lot of new books, and even more to the point, my tastes are eclectic, which helps if it’s true that “There is not a square inch in the whole domain of our human existence . . .”

What follows are my top five books of 2019 in ascending order.

“The Farm: A Novel” by Joanne Ramos. Ramos’ debut novel is about a subject that periodically pops up in the news and on Breakpoint, commercial surrogacy. The eponymous “farm” is a high-end “gestational retreat” in upstate New York called “Golden Oaks.”

At Golden Oaks, surrogates carry the children of people who are too busy, vain, or whatever to bear their children themselves. They are monitored in ways that would make the Communist Party of China envious. After all, the “clients” are paying top dollar for perfect children and expect no less.

The inclusion of “The Farm” was the toughest call on this list. This isn’t because Ramos’ novel isn’t well-written. It is. It’s not because the characters aren’t well-drawn. They are. And it’s definitely not because the issue of commercial surrogacy doesn’t need to be explored. It does.

The problem is that Ramos paints a damning portrait of the practice, and the egregious inequality that makes it possible, and then pulls her punches.

It’s one thing to portray the protagonist, Jane, a half-Filipina who already has a non-surrogate child, in a sympathetic way that helps you understand that she is making the best of a bad situation. It’s another to turn her exploiter, Mae, a character whom Dickens, Trollope, and Tom Wolfe would have recognized and appropriately skewered, into a kind of benefactor-cum-savior.

I don’t go to movies very often. I don’t watch much television. And as for pop music . . . let’s not go there. But I do read. A lot. More to the point, I read a lot of new books, and even more to the point, my tastes are eclectic, which helps if it’s true that “There is not a square inch in the whole domain of our human existence . . .”

“Say Nothing: A True Story of Murder and Memory in Northern Ireland” by Patrick Radden Keefe. Between 1969 and 1998, more than 3500 people were killed in what came to be called “The Troubles.” The effects of events in Northern Ireland, which are misleadingly characterized as a religious conflict, continue to be felt more than two decades after the Good Friday Agreement.

This is true in more than the “The past is never dead. It’s not even past” sense. Arguably, the single-biggest obstacle to an orderly Brexit is the status of the Irish-British border in Northern Ireland

Keefe’s accomplishment is to help us understand the events of the period by zeroing in on one victim, Jean McConville, and one IRA fighter, Dolours Price. Keefe is a great storyteller and pulls off the high wire act of depicting the IRA members as human beings without minimizing the evil they committed in the name of the Republican cause.

“The Testaments: The Sequel to the Handmaid’s Tale” by Margaret Atwood. Atwood is one of our greatest living novelists and her latest book does nothing to diminish her well-earned reputation.

“The Testaments,” like its predecessor tells a much more nuanced, universal, and, thus, powerful story than the television show that inspired the annoying handmaids garb. Kelly Vlahos, the executive editor of The American Conservative, is correct when she writes that the over-the-top political theater associated with “The Handmaid’s Tale,” and by association “The Testaments,” is a function of the television series and the writers’ “ham-fisted agenda” and not anything Atwood wrote.

What Atwood has written – twice – are stories about totalitarian dystopias where whatever belief drove the initial revolution has long since given way to simple and horrific abuses of power and persecution of those who oppose the ruling class. The imagery for Republic of Gilead in the novels owes much more to the reality of the now-defunct Warsaw Pact than any supposed schemes out of Colorado Springs.

Holland’s sweeping account on Christianity’s remaking of the world is exhilarating and deeply moving. I cheered, cried, and held my breath at times while reading the book.

“The Guarded Gate: Bigotry, Eugenics and the Law That Kept Two Generations of Jews, Italians, and Other European Immigrants Out of America” by Daniel Okrent. I’m obsessed with eugenics, and a big fan of Okrent, whose book “Last Call: The Rise and Fall of Prohibition” is one of my favorite books on American social history.

“The Guarded Gate” doesn’t disappoint. It tells the story of how two of the most egregious examples of pseudo-science, eugenics and “intelligence testing,” came together to provide “scientific” cover for bigotry and racism – the two words are not synonymous – and resulted in the 1924 immigration law.

This law not only closed America’s door to millions of southern and eastern European immigrants, but also effectively sentenced hundreds of thousands of European Jews fleeing the Nazis to death. Among the European Jews that barely made it to the United States with their lives were Okrent’s mother and grandmother.

Okrent’s book is a timely reminder that “Never Again” only means something if you know what happened in the first place.

Most books about apologetics either omit or try to explain away the darker chapters in Christian history. Holland doesn’t. Instead, he helps readers to understand that the Christian – none of this “no true Scotsman” nonsense – perpetrators were acting in contravention of Christian teaching. These teachings “derived from the recorded sayings of Jesus himself. No Christians, then, not even the most callous or unheeding, could ignore them without some measure of reproof from their consciences.”

Holland’s sweeping account on Christianity’s remaking of the world is exhilarating and deeply moving. I cheered, cried, and held my breath at times while reading the book. I’ll leave you with one of my favorites passages that sums up the story Holland tells:

“‘Thou hast rebuked the nations, thou hast destroyed the wicked; thou hast blotted out their name for ever and ever.’ The man who greeted the news of the Japanese surrender in 1945 by quoting scripture and offering up praise to Christ was not Truman, nor Churchill, nor de Gaulle, but the Chinese leader, Chiang Kaishek.”

Christ’s dominion is, indeed, an everlasting dominion, and Holland reminds us just how true this is, whether people acknowledge it or not.

Roberto Rivera is a Senior Writer and Fellow at the Colson Center.