The Worldview of the Taliban - BreakPoint
Join us in helping to equip and renew the Church with a Christian worldview by giving before our fiscal-year ends!
Skip to content 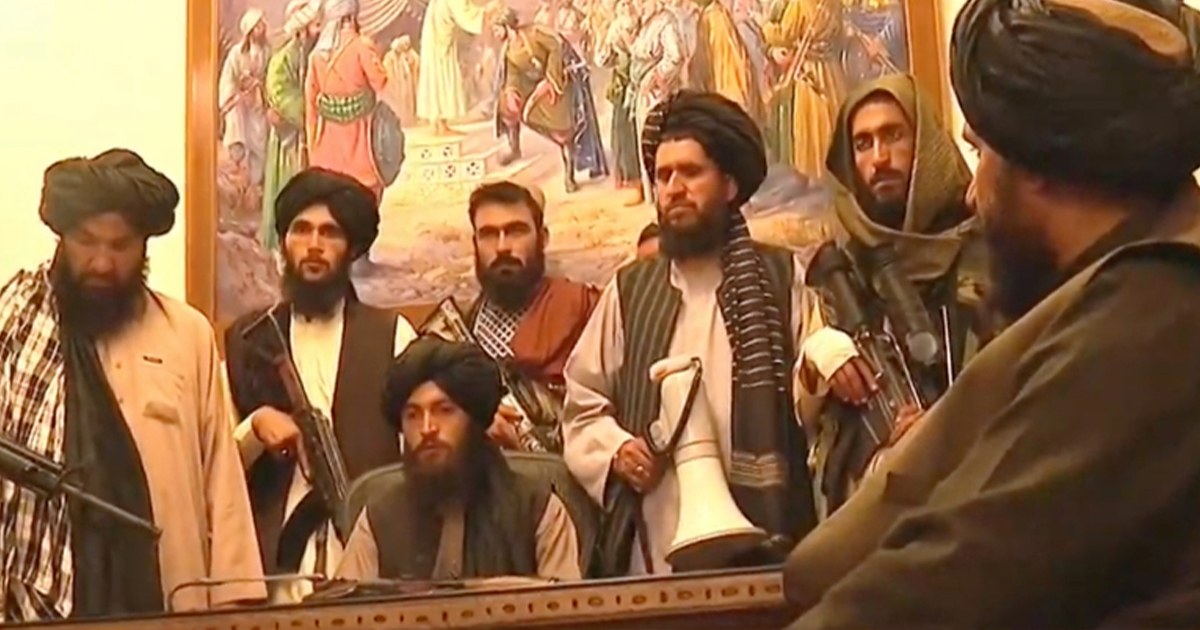 
The Worldview of the Taliban

After seeing the images out of Kabul in recent days, Maajid Nawaz, a former radical Muslim, said, “Barefoot Taliban conquered a palace. They believed in something and fought for nothing. I have lived with men like this in prison. It is difficult to describe just how seriously they take their cause. There is a lesson here for us in the West, if we are humble enough to see it.”

We hear the terror from Afghan women who now wonder what the lives of their daughters will be like, worried that 20 years of progress in women’s rights have disappeared overnight. We see the desperation of men so afraid of what might come next that they’re literally clinging to the wheels of American aircraft as they depart. Yet, we struggle to have a category for what they actually fear. Many Westerners don’t have the categories to understand the realities of Islamic fundamentalism.

Much of the world has long struggled to understand the worldview that is driving the Taliban conquerors today, or the ISIS fanatics from a few years ago, or the al Qaeda terrorists that struck on 9/11. These groups are driven by their own internal logic, their own worldview.

I’m not going to try to explain the entirety of Radical Islam. However, there are a few key points about this worldview that can give us clarity in understanding what’s happening in Afghanistan and what we might expect in the days ahead.

In the wake of 9/11, Ayman Al-Zawahiri, the second in command of Al Qaeda, and in many ways the strategic planner for Osama bin Laden, spoke about his group’s goals for this war with the West. In repeated statements to the press, he referred to waging war until all Muslim lands were restored, connecting the conflict in Afghanistan and the battle for Palestine to a worldwide conflict that spans from Iraq to Spain. Yes, Spain.

To American ears, it doesn’t make any sense. Iraq, Israel, we can follow. Palestine, sure. Spain? You see, what he knew and what many Westerners have forgotten is that the mostly Catholic country of Spain was once the heartland of the Muslim world. Centuries before the Turks or Indonesians followed Islam, Spain was the base of operations for a potential invasion of Europe. It wasn’t until 1492 that Spain was retaken for the Cross.

For Radical Islam, once lands have come under the sway of Islam, it is vital that good Muslims do whatever it takes to return those regions to the House of Islam – places where Islamic law and teaching is practiced. Whether we’re talking about Catholics in Spain or Israelis in Palestine, these people are merely occupying what’s rightfully a Muslim land.

This connects to another element of this worldview that we often miss. For Islamists, the West is not the primary enemy. We’re merely in the way of where history’s headed. What they seek is the overthrow of false Muslim rulers who have been corrupted by the wiles of Western influence. These are, as Al-Zawahiri put it, the near enemy and they must be cast down. Only then can true Muslims take control and implement the fullness of Sharia.

Now, every worldview answers questions. Among these questions are those that ask, what is wrong with the world, and what must be done to make it right? For Christians, the problem is sin and all of its myriad manifestations. The solution is conversion: the conversions of individuals, as well as the restoration of culture through the grace and work of Christ, and through His Church, the restoration of the goodness of His creation.

For secularists and much of contemporary Western culture, the problem is ignorance. Through education and science, and by becoming aware of the perspectives of others, we can hope to improve the structural failings that have plagued our world.

“For Usama bin Laden and those who share in his views, and there are many of them, the object of the struggle is the elimination of the intrusive Western power and corrupting Western influence from all the lands of Islam, and the restoration of Islamic authority in these lands. When this has been accomplished, the stage will be set for the final struggle to bring God’s message to all mankind in all the world.”


Now, I hope one of the things that you notice is that for a true Muslim, Islam is not a point of personal and private belief. Islam describes the actual condition of the world. It describes what’s happening and where history is going. And for radicals, whatever needs to be done to accomplish that mission is justified. Whatever atrocities are committed along the way will find their purpose in this overriding goal.

For this goal, they are willing to sacrifice themselves by the thousands. Radical Islamic leaders are willing to be incredibly patient to see this goal accomplished, because they are fully assured that one day their work will indeed bear fruit. The brutality, the absolutism, and the unyielding determination that we see in radical Islam are driven by a worldview. Without a true and accurate understanding of the world, they’ll continue to pursue their ends by any means necessary.

We are right to oppose these ideals because lives are at stake. Ideas have consequences. Bad ideas, like the bad ideas of radical Islam, have victims. How we push back on these forces will take many different forms, sometimes even force, but here’s what’s clear. We will never make headway if we fail to understand the worldview that animates the whole thing in the first place.