After the Great Interruption: The Church in the Wake of the Coronavirus - BreakPoint
Skip to content 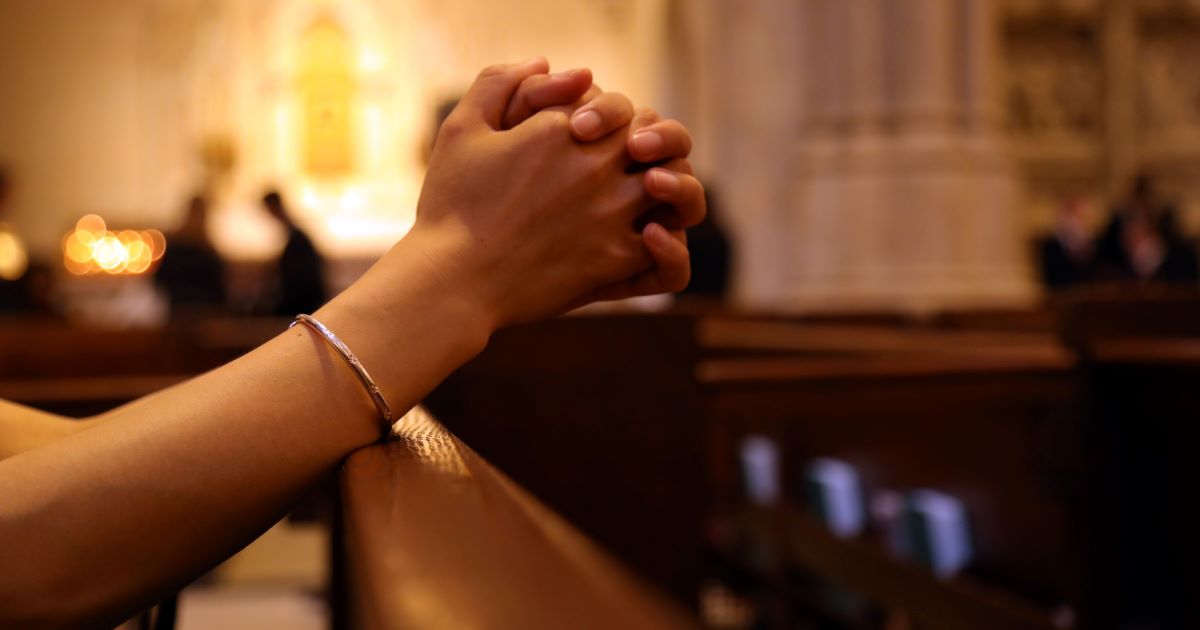 
After the Great Interruption: The Church in the Wake of the Coronavirus

A hundred years ago, after the Great War and the devastating influenza pandemic, 1920 Presidential candidate Warren G. Harding promised voters a comforting “return to normalcy.” Today, following another pandemic, a weary American public is pining for another return to normalcy.

But Christ’s Church must not simply seek the pre-COVID-19 status quo. Business as usual is not an option in society as whole, and it must not be in the Church. The Great Interruption and its aftermath will create permanent changes for all of us, many of them unforeseen even now. Given all this, how can God’s people hanker for normalcy? The times are anything but normal.

Therefore, grateful to the Lord of history for a reprieve, let us return to first principles.

During a previous Great Interruption—after Christ’s Resurrection and before His Ascension—Jesus gave His followers unmistakable marching orders to be His witnesses “in Jerusalem and in all Judea and Samaria, and to the end of the earth” (Acts 1:8). This calling has never quite been fulfilled. Nor has it been rescinded.

Revival is probably not right around the corner, despite the current shock to the nation’s emotional system. After the terrorist attacks of September 11, 2001, some observers wondered whether churchgoing and other measures of religiosity would increase. They didn’t. A Pew Research report analyzing data from November 2001 found “little evidence that many Americans who were not actively religious prior to the attacks have turned to religion in the wake of the crisis.”

If that is the case now, we’ll have to work even harder to share with our rattled neighbors the truth, beauty, and goodness of the gospel. It will require a multilayered approach. We need to recommit to sharing the good news in word, deed, and intellect.

The Great Interruption and its aftermath will create permanent changes for all of us, many of them unforeseen even now. Given all this, how can God’s people hanker for normalcy? The times are anything but normal.

There is no doubt that witnessing has become increasingly difficult in 21st century America. And the rapid rise of the “nones” — those Americans who claim no religious affiliation — has dealt a body blow to any optimistic ideas about returning America to her Christian roots.

The decline of evangelism is one reason. Ed Stetzer of Christianity Today and Wheaton College says that we are in the midst of an evangelism “lull” caused by several factors: a backlash against old methods, a lack of confidence in the gospel, hearers who are more secular, the replacement of evangelism with other good things, our lack of compassion for the lost, a fear of not being able to answer their questions, and the feeling that we’re not “good enough” to be witnesses.

“You’re more likely now to find Christians make jokes about the way they used to do evangelism than actually do evangelism,” Stetzer says. “Instead of starting with our questions, we should start where people are and walk them to the gospel.”

Let’s remember that sharing the good news of Jesus often requires more than words, as indispensable as those words are. In a society where people are asking not so much whether Christianity is true but whether it is good, it wouldn’t hurt to spend some quality time reflecting on verses like this one:

Religion that is pure and undefiled before God the Father is this: to visit orphans and widows in their affliction, and to keep oneself unstained from the world. (James 1:27)

Yes, the world will sometimes rebuff even our best efforts to reflect Christian love, because that’s what the world does. But if we remain faithful, sometimes we’ll see fruit. To cite a fairly well-known example, Rosaria Butterfield was a lesbian and a tenured professor in women’s studies whose heart was melted by Christian hospitality.

There is no doubt that witnessing has become increasingly difficult in 21st century America. And the rapid rise of the “nones” — those Americans who claim no religious affiliation — has dealt a body blow to any optimistic ideas about returning America to her Christian roots.

And, in an age when scientists are seen as the new authorities, it wouldn’t hurt to emphasize how faith walks hand in hand with reason.

Sarah Irving-Stonebraker was studying for her doctorate in history at Oxford and thought Christians were “anti-intellectual and self-righteous.” But after attending some lectures by the notorious atheist intellectual Peter Singer, she began to wonder if any basis for human worth exists.

“I knew from my own research in the history of European empires and their encounters with indigenous cultures,” Irving-Stonebraker says, “that societies have always had different conceptions of human worth, or lack thereof. The premise of human equality is not a self-evident truth: it is profoundly historically contingent. I began to realize that the implications of my atheism were incompatible with almost every value I held dear.”

But with God, morality and human dignity have a firm basis, and the disparate branches of knowledge begin to make sense once again. As C.S. Lewis said, “I believe in Christianity as I believe that the sun has risen: not only because I see it, but because by it I see everything else.”

Tragically, we appear to have ceded large swathes of scientific inquiry to the pagans—though many of the early scientists were Christians. We left (or were driven from) the culture-building institutions that we founded, such as Harvard and Yale, only to set up newer, smaller ones in our self-imposed ghettos. In them we taught “spiritual” subjects such as theology and preaching, leaving first-class study of things like science, math, literature, and horticulture to the pagans.

All this has been in direct denial of the principles of the Reformation. As Martin Luther said, “Every occupation has its own honor before God. Ordinary work is a divine vocation or calling. In our daily work no matter how important or mundane we serve God by serving the neighbor and we also participate in God’s on-going providence for the human race.”

So we all have a role to play as witnesses to Christ after the Great Interruption. It may be by open proclamation of the good news, or deeds of compassion, or a recommitment to the life of the mind. Or all three.

But one thing is for sure. A “return to normalcy” is not an option.