American Slavery and the Image of God
Learn how to make abortion unthinkable by giving your gift of any amount today!
Skip to content 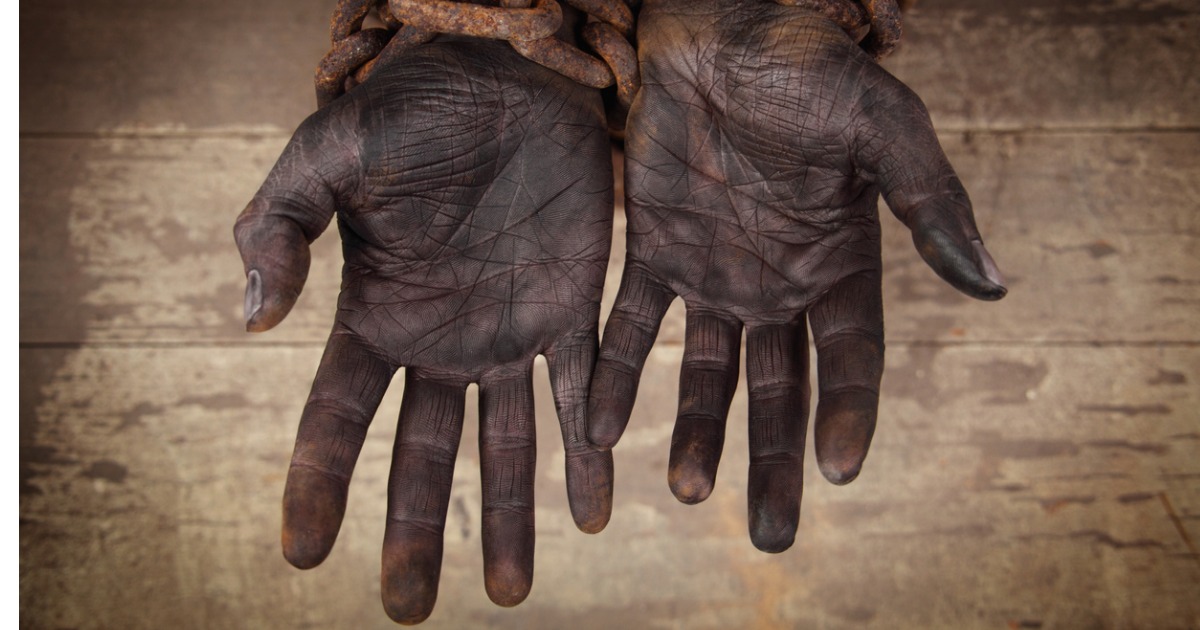 
American Slavery and the Image of God

“There are no ordinary people. You have never talked to a mere mortal. Nations, cultures, arts, civilizations – these are mortal, and their life is to ours as the life of a gnat. But it is immortals whom we joke with, work with, marry, snub and exploit – immortal horrors or everlasting splendors.” ­– C. S. Lewis, The Weight of Glory

Slavery. The very word is a scar on the American soul. The trauma of slavery in American history is still so potent that it defines us in so many ways. With nearly any other part of our story, we can discuss things with relative disinterest. With slavery we can only approach it with disgust. With other issues of our past, it’s important to keep in mind the context since things tended to be bad all over. With American slavery, we discover the context only makes it worse.

In many ways American slavery is a particular burden for Christians, as far too many masters graced church pews each Sunday. Yes, we can rightly point to the likes of William Wilberforce in Britain and the anti-slavery movement here in the States, but that isn’t the whole story, is it? We want to talk about pastors like Charles Finney who worked for abolition, but we find we must also talk about pastors like Robert Lewis Dabney who defended slavery and was concerned about the mixing of “the race of Washington and Lee and Jackson with this base herd they brought from the fens of Africa.”

Critics of Christianity are quick to point to these shadowy branches of our spiritual family tree. The brilliant atheist, Christopher Hitchens, was explicit about this, saying that the Bible itself was the cause of American slavery and a whole host of other crimes against humanity. We may, as Christians, reject this misunderstanding of biblical truth. But, we have to admit that when it comes to American slavery, this criticism stings. It stings because we fear it might be right.

It is good that we are concerned. We need to be sure about the morality of our core beliefs. But we also have good reason to be confident. We can be confident about the Bible and the Christian Worldview because the repeated testimony of each is completely antithetical to the atrocity practiced in the United States. The specific precepts of biblical laws and the general principles of the Christian Worldview entirely undercut and condemn American slavery.

As my son said when only about 4 years old after hearing about this real-life horror, “People are special. You shouldn’t sell them.” This is the basis of Christian opposition to slavery, that all human beings are special, that they are made in the image of God Himself. To see any one of us degraded as unworthy of life and liberty is to see God’s Name sullied.

While slavery has been ubiquitous in human history, and lurks in the shadows even today, there is something about American slavery which makes it stand out in our minds. Sadly, this is not just our imaginations. Certain characteristics of American slavery make it arguably the very worst form of bondage ever practiced in human history: It involved the presumption that a given group of human beings was destined to be enslaved forever, it treated image bearers of God as though they were disposable property, it allowed for the torture, rape, and murder of sons of Adam and daughters of Eve, and it was based entirely on the horrific practice of manstealing.

Compare this to the Bible. There was no racial component to slavery in the Bible. Frankly, there’s little concept of racial identity in the Bible at all. How many times does a biblical author tell us what someone looked like? The idea that humanity is broken up into distinct, easily identifiable races whose members share innate characteristics is a modern conceit with no basis in science or Scripture. As with the bulk of the ancient world, slaves in biblical Israel were physically identical to masters. What is more, even those slaves who were not born Israelites were to be “Hebraized,” made into Israelites through circumcision and then fully invited into the social and religious life of the community. This is the equivalent of white Americans adopting their African slaves and having them sit as members of the family at Christmas dinner. The blessings of God’s promises to Abraham were applied to those so ingrafted into his family.

Also, slavery in the Old Testament was highly regulated. The most obvious example of this is that it was term-limited for Hebrew slaves, with six years being the standard length. Then, while it may seem like a contradiction in terms to us, Hebrew slaves were to be paid, and not meagerly but “liberally.” Most amazingly when compared to our history, runaway slaves were to be granted sanctuary with no questions asked and given freedom to live wherever they wished. In great contrast to America, if their masters mistreated them, slaves were to be granted their freedom, for major injuries or even minor injuries. The distinction here could hardly be greater.

Probably the most striking contrast between slavery in the Bible and American history had to do with the death penalty. The death penalty for masters, that is, not for slaves. The most obvious case of this came from the murder of a slave where the judgment was the same when the victim was a slave or a free man, death. However, more importantly, capital punishment was also the fate of anyone participating in manstealing, whether as a buyer or a seller. Every slave owner in America deserved death on the basis of the Bible’s precepts.

So, what are we left with? There are things which remain hard to understand about the Bible and slavery, and we should continue to prayerfully think through them all. However, we can be confident that the entire slave system in America was overtly condemned by the words of the Bible. What is more, we can see that wherever Christianity and the Christian Worldview have been fully and deeply embraced, slavery has been starved of its flimsy justification. The Bible is not a liability in such ethical discussions but our greatest ally. The Christian understanding of the nature of human beings as image bearers of God makes American slavery an affront to our dignity and to the One who gave us that dignity.

Any attempt to see our fellow image bearers as beasts of burden, subject to the whims of others, can only thrive when we ignore the clear teaching of the Bible. Human beings are created with a dignity conferred by God Himself, not as a side effect of our abilities or ethnicity. It is an honor which does not need be earned by ourselves or judged by others but is attached to our very nature. Human dignity is not the sole property of the strong, the healthy, the wealthy, or the powerful, but it belongs in equal measure to the weak, the sick, the handicapped, and the unborn. We care for the poor, speak for the voiceless, lift up the exploited, and love the unlovely not out of a simplistic sense of fair-play but because they have been graced with glory from God. God grant us the grace to see His dignity in the faces of all who bear His image, no matter how weak or silenced they may be.

Timothy D Padgett, PhD, is the author of Swords and Plowshares: American Evangelicals on War, 1937-1973, and is the Managing Editor of BreakPoint.org