Everything Is Political Now-Including the Church - Breakpoint
Give today to learn what it means to be a thoughtful Christian!
Skip to content 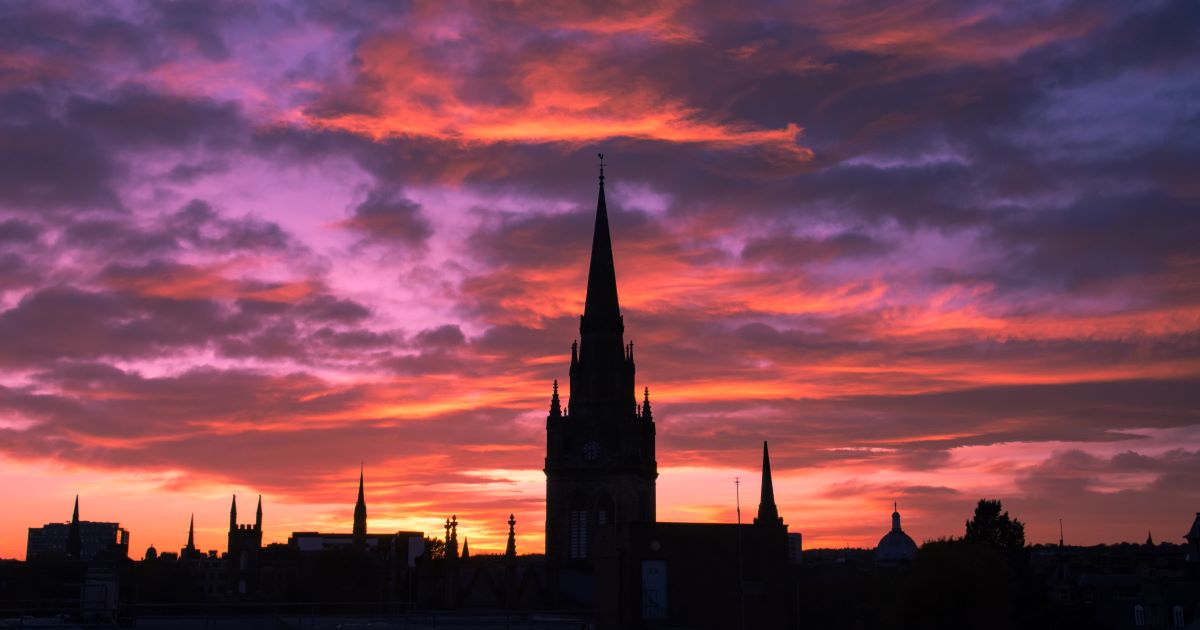 
Everything Is Political Now–Including the Church

Back in 1969, Americans were told that “the personal is political.” The slogan, popularized by second-wave feminism, asserted that women’s unequal treatment was caused not by individual circumstances but by a system of patriarchal oppression and power imbalances—and thus must be addressed politically. Fast forward to 2020, and now, according to New York Times columnist Paul Krugman, “everything is political.”

Tragically, especially in this cruel year of COVID-19, police brutality, and urban looting and riots, “everything” most definitely includes the Church.

Christians, of course, have always been involved in the American political process—and rightly so. Jesus said His followers are to render unto Caesar that which is Caesar’s, and in this country, that rendering includes our informed civic participation. After all, if Christians shirk this duty, then the country will be at the mercy of pagan values (more than it already is). America needs us to continue to be salt and light in spotlighting the dignity of human life, equal justice for all, and other Christian worldview issues.

And when the political process is unresponsive, believers have a long track record of standing in the gap. Think of those who marched for civil rights with Martin Luther King Jr…. the women and men who daily reach out to women dealing with unplanned pregnancies…the ministries that share the gospel and provide practical help in neglected urban communities.

But in recent years, Christians have been accused of becoming too cozy with politicians, whether Bill Clinton and Barack Obama on the left or George W. Bush and Donald Trump on the right. Billy Graham became a confidant of Richard Nixon and later regretted the close, uncritical association. His son Franklin Graham now stands accused of a similar error.

Yet if the statement “everything is political” is anywhere close to reality in this increasingly acrimonious presidential election year, then electoral politics is far from the only danger area for our gospel witness. Researchers have been warning for decades about the weakening of Alexis de Tocqueville’s “mediating institutions,” including churches, civic organizations, and even families—groupings that give individuals space to flourish apart from government influence and control.

Now, with the decline of these institutions—exemplified by the loss of confidence in organized religion—more and more people are looking to government to provide meaning. As many have said, man is incurably religious.

The politicized conflicts have reached the churches, of course. Now the arguments are about everything from mask-wearing, to the postal service, and whether and how Christians may worship during the pandemic. And the debates are increasingly between sincere believers of the left and right who argue their positions remorselessly, canceling their opponents with theological certitude.

In recent years, researchers and pundits of all stripes have noted the increasing politicization of everything from the U.S. military, to health care, to science, to sports, to the American judiciary, and so on. This political takeover of what used to be essentially neutral cultural space has gone into warp drive with the coming of the Trump administration and his adversaries.

One of the drivers of this worrisome trend has been the popularization and diffusion of Marxist thought. Antonio Gramsci and other theorists were able to expand the Marxist idea of class struggle into a general belief in a widespread battle between innumerable oppressed and oppressor groups. This has made political warfare in a nation that is increasingly bereft of mediating institutions a religiously charged, high-stakes game of winner take all.

Joseph Bottum argued in his 2014 book, An Anxious Age: The Post-Protestant Ethic and the Spirit of America, that the demise of traditional Protestantism has prompted many on the left to transfer their religious commitments to the political realm. Bottum says that the new wokeness is distinctly religious, and dangerous. “It is an intense spiritual hunger that is manifesting itself more violently,” he notes. “Because to the post-Protestants, the world is an outrage and we are all sinners.”

The politicized conflicts have reached the churches, of course. Now the arguments are about everything from mask-wearing, to the postal service, and whether and how Christians may worship during the pandemic. And the debates are increasingly between sincere believers of the left and right who argue their positions remorselessly, canceling their opponents with theological certitude.

When it comes to mandated masking, for example, some in the church see it as an intolerable overreach by an overweening, even socialist government. Others, just as sincerely, see mask-wearing in every situation as a non-negotiable way of loving our neighbors. John MacArthur’s all-or-nothing stance on public worship against the State of California is one instance. Those who question the wisdom of his approach are dismissed as faithless compromisers, those who support it as fanatics. There is little effort on either side to reach a workable middle ground, much less real understanding.

There are certainly areas where compromise or accommodation is impossible—the deity of Christ, justification by faith alone, the freedom to evangelize, and so on. These are essentials that have been discarded, tragically, far too often to the applause of a world that does not love us.

Is it any wonder that the Church is seen as just another interest group grasping for government protection or power? As we tear down a brother or sister who disagrees with us, we tear down the Church.

There are certainly areas where compromise or accommodation is impossible—the deity of Christ, justification by faith alone, the freedom to evangelize, and so on. These are essentials that have been discarded, tragically, far too often to the applause of a world that does not love us.

But just as damning are the non-essential hills that we choose to die on. We are willing to ridicule fellow believers on social media and break fellowship over them. Is it any wonder that the Church has lost its standing in our culture?

Whatever happened to the famous dictum, “In essentials unity, in non-essentials, liberty, in all things, charity”? What happened to our charity? While the matters we debate in our culture are of varying levels of importance (some very important indeed), can we not learn to live with disagreements in the church?

Paul had much to say about caring for the souls of our “weaker brothers” by not always insisting on our way. Do we similarly care? He also urged us to “bear with one another in love.” Can we manage this?

Or, God forbid, is that too much to ask?