Eight Women You Should Know - Breakpoint
How can we respond to those around us with truth and love? Give today to receive this month's featured resource.
Skip to content 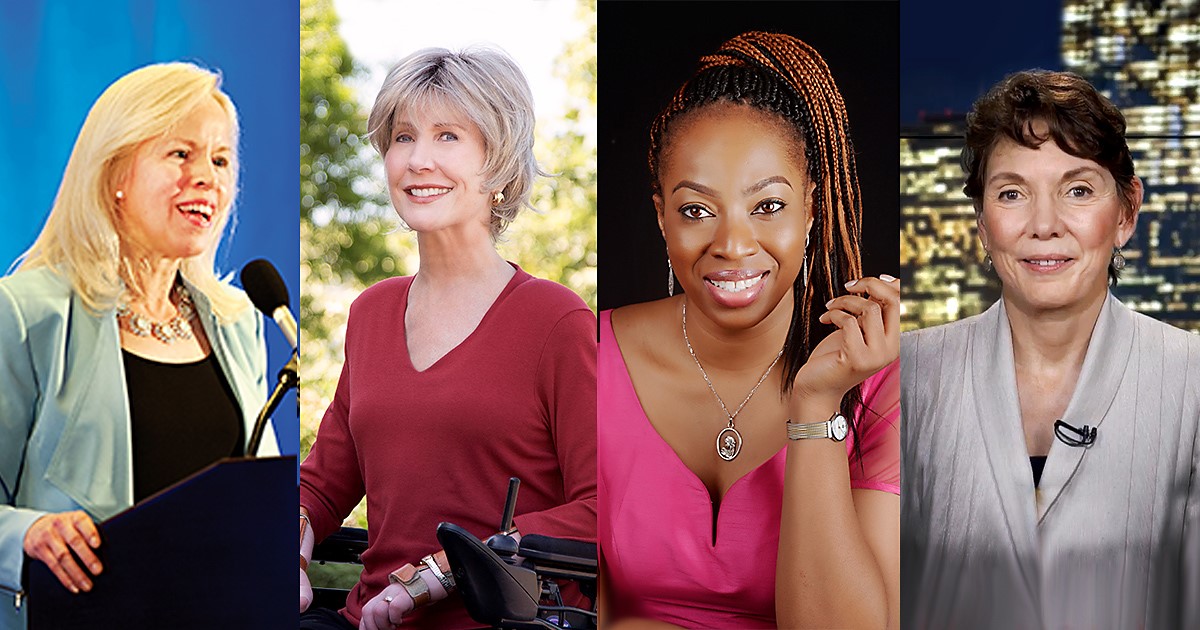 
Eight Women You Should Know

Last week in Reykjavik, Iceland, The Women Leaders Global Forum gathered to recognize and celebrate women making a positive difference in the world. The “Trailblazer Award” honored women who’ve won high political office. Others were recognized for their work in easing various stigmas and discrimination women face around the world. There was even a category for female Nobel Prize Laureates—an award on top of an award, if you will.

While I am happy to say congratulations to them all, I couldn’t help but think of the amazing women who are at least as worthy of recognition yet are never mentioned at any of these secular events.

The women I am thinking of have at least one thing in common: In their various causes and through very different work, they speak up for those who, in our culture, have no voice: the unborn, those with disabilities, or victims of the sexual revolution. In doing so, they stand courageously against powerful cultural norms. If they worked on behalf of culturally acceptable causes, their names would be celebrated with the others.

Obianuju Ekeocha, or “Uju” as her friends call her, is the founder and president of Culture of Life Africa. A Nigeria-born biomedical scientist, she’s devoted her life to promoting the sanctity of life, the beauty of marriage, and the blessing of family in Africa.

In fact, Uju is one of the main leaders of the pro-life movement on that continent. Her bold declarations in defense of the unborn and against progressive sexual ethics are confronting what she calls Western ideological imperialism. By the way, Uju will be speaking at our 2020 Wilberforce Weekend this May, and trust me, you won’t want to miss it.

Another heroine to know: Rachael Denhollander. This gymnast-turned-lawyer brought down USA Gymnastics doctor and serial abuser Larry Nassar. In doing so, she enabled hundreds of his victims to have a voice, and is now spending her time as a wife, a mother, and a crusader for the dignity of women and girls, especially calling the church to take sexual abuse seriously. We recently interviewed her on the BreakPoint Podcast.

Then there’s Lila Rose, president and founder of Live Action. Lila is one of the most influential voices in the modern pro-life movement, and the unquestioned media leader. From her undercover work exposing Planned Parenthood to her defense of the pro-life cause in mainstream media, she’s a powerhouse—and proof that the pro-life movement is, in many ways, being led by a younger generation.

There’s Katy Faust, an author, a children’s-rights activist, and founder of the organization Them Before Us. She’s challenging one of the foulest lies of the sexual revolution: that the desires of adults trump the rights of children, especially their right to have a mom and dad. In one of our recent “What Would You Say?” videos, she debunks the popular but poisonous idea that love is the only thing required to make a family. She’ll also be at our next Wilberforce Weekend.

Making the same case at the scholarly level is Helen Alvare, associate professor of law at George Mason University and a champion of life and the family in the legal sphere. She’s one of the intellectual heavy-hitters of our time—including in amicus briefs to the Supreme Court—that marriage is worth preserving, children deserve parents, and unborn life is worth protecting.

I feel like the author of Hebrews here. I’m running out of time to talk about Reggie Littlejohn, founder and president of Women’s Rights Without Frontiers, and the world’s leading opponent of sex-selective and forced abortion in China. And of course, Emily Colson and Joni Eareckson-Tada, who have dedicated their lives to honoring the dignity of those with disabilities, especially in recent years, leading battle against selective abortion, assisted suicide, and euthanasia. Through books and speaking they’ve made the case, like few else can, that a society that welcomes the vulnerable is a beautiful place worth living in.

God bless these worthy women. If I were on an award committee, they’d have my vote.