The Coming Collapse of Mr. Rogers - Breakpoint
Help make a bigger worldview possible for Christians around the globe with a year-end gift!
Skip to content 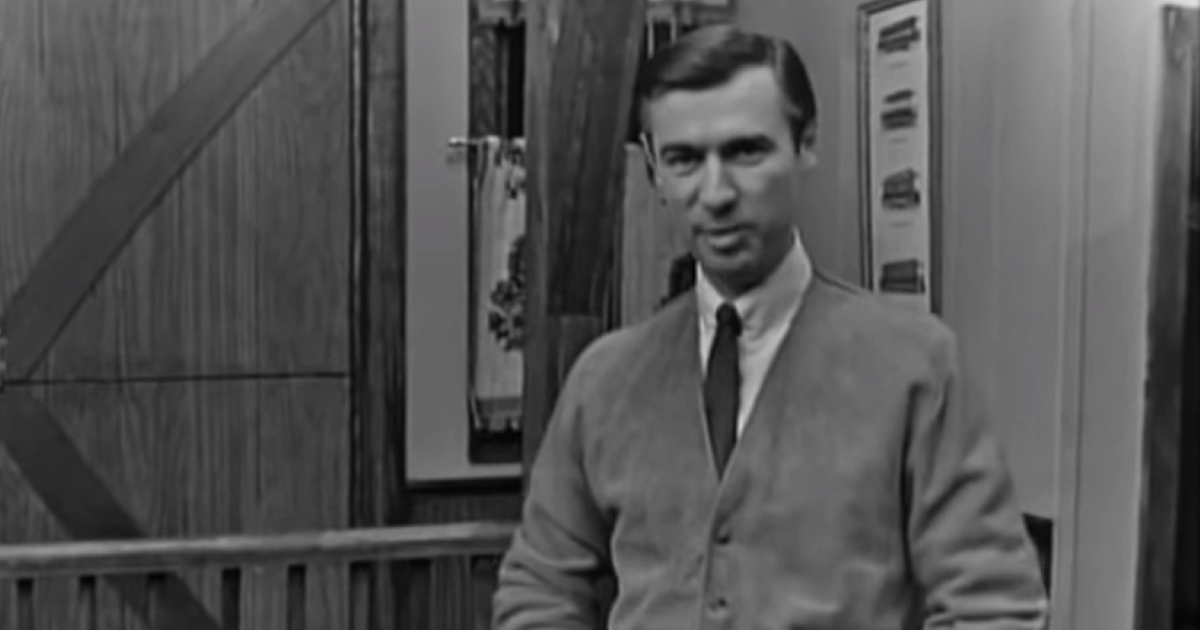 
The Coming Collapse of Mr. Rogers

The very things which make Mr. Rogers so embraced today—his gentleness, kindness, and civility—will cause him to be ostracized tomorrow.

That Mr. Rogers is loved today isn’t up for debate. Just this past month, Pittsburgh’s WQED suggested people celebrate World Kindness Day this year by wearing a cardigan—an homage to their longtime host, Mr. Rogers. The precocious, bedridden child turned minister turned puppeteer is an unlikely folk hero for our secular age.

Between the recently released movie about his life staring “America’s dad,” Tom Hanks, the flurry of books, documentaries, and think-pieces regarding the soft-spoken public broadcaster, it’s hard to believe there was ever a time in which Rogers wasn’t idolized. But such a time did exist, and it wasn’t that long ago.

"...it’s hard to believe there was ever a time in which Rogers wasn’t idolized. But such a time did exist, and it wasn’t that long ago."

Rogers handled the scorn and mockery of his persona with grace, as was shown in the recent documentary, “Won’t You Be My Neighbor.” Yet, it was never a secret that he felt some of the parodies crossed a line, particularly the most famous lampoon, SNL’s “Mr. Robinson’s Neighborhood.”

Indeed, from its inception, the civility of Mr. Roger’s Neighborhood stood out against the crass backdrop of late 20th century Americana. Rogers’ mission to teach the requisite skills of neighborliness—empathy, honesty, fortitude—was ridiculed, if not scorned, by the secular elite.

Today is a new day, however. While the secular intelligentsia put all of their money on team “Beavis and Butt-Head” in the cultural clash of yesteryear, Rogers seems to have won and those who cheered for the other side appear perfectly content—ecstatic, even—by the results.

When virtue hurts the side of “progress,” it’s rebuffed; when it helps, it’s embraced. Today, it’s embraced, but Christians shouldn’t expect that embrace to last longer than our peculiar political moment.

So, what accounts for this dramatic about-face when it comes to the Rogers persona? In short, the often-boorish behavior of Donald Trump. In their quest to put distance between themselves and the disliked chief executive, the elites of popular culture have embraced a persona they once disdained.

In, say, 1992, Mr. Rogers was on the wrong side of the culture war. In George H.W. Bush, America had a President whose value-system, worldview, and even style (“the ivy league look”) nearly perfectly reflected that of Mr. Rogers. There was a cultural appetite for something new, something fresh, something edgy.

Rogers, Bush, and everyone else who touted things as quaint as personal responsibility and character formation were standing in the way of progress, of liberation. Their virtue was a challenge to the other side’s power, so it was demonized.

That history leads one to question whether the rehabilitation Bush Sr. and Rogers are enjoying today is the result of a new worldview in the zeitgeist, or simply a fresh political calculation. At the risk of being cynical, I remain unconvinced that “A Beautiful Day in the Neighborhood” could have been made five years ago or five years from now.

When virtue hurts the side of “progress,” it’s rebuffed; when it helps, it’s embraced. Today, it’s embraced, but Christians shouldn’t expect that embrace to last longer than our peculiar political moment.

None of this is to say, of course, that Christians ought to avoid celebrating the newfound appreciation of virtue. We simply need to remember that our benevolence and integrity must be rooted in something deeper than pop-culture, because that culture will change.

There will be another person in the White House one day, the contrast won’t be necessary, and those ideals personified in Rogers and Bush—gentleness, civility, humility—will go back to being mocked quicker than you can say “the wimp factor.”

The affinity pop-culture has right now for the broad Judeo-Christian tradition is extremely tenuous. It’s a weapon with which they can bruise an enemy. If you and I truly want a “kinder, gentler nation,” then our courage must come from our firmly held convictions, not the favorable press being received by Mr. Rogers.

After all, the inheritance promised to the meek isn’t popularity today, it’s the Earth tomorrow.