Finding Meaning in the COVID-19 Maelstrom - Breakpoint
How can we respond to those around us with truth and love? Give today to receive this month's featured resource.
Skip to content 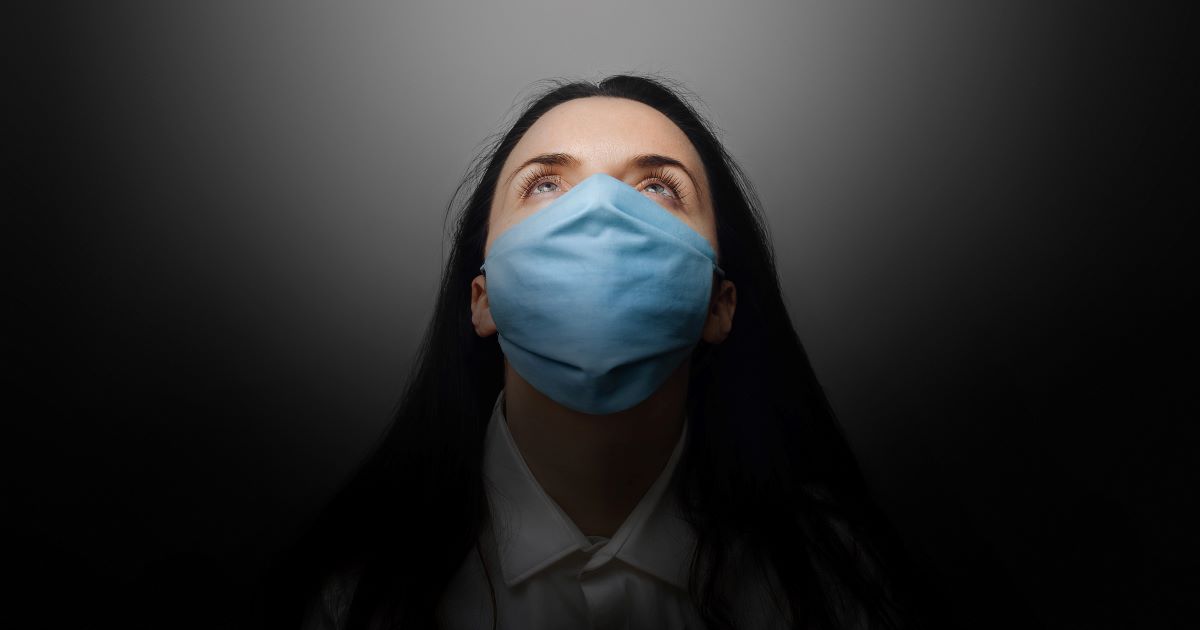 
Finding Meaning in the COVID-19 Maelstrom

By now you probably know more than you ever wanted to know about the COVID-19 pandemic. It started nearly a year ago in Wuhan, China, and has killed a million people worldwide, including 200,000 in the U.S. Coronavirus threatens mainly the old and infirm, but its threat can be mitigated through masks and social distancing.

New treatments and vaccines are coming online in record time. Tens of millions have lost their jobs, tens of thousands of businesses have closed their doors; in-person worship, sports, and schooling can no longer be taken for granted; and federal and state governments have spent trillions trying to keep the economy afloat.

Yet amid all the reporting of case numbers, hospitalizations, and deaths, there is a side to the pandemic that has been vastly underappreciated—the toll on the nation’s already fragile mental health. According to many experts, anxiety, depression, drug abuse, PTSD, and suicide are on the rise—and are likely to be with us long after the pandemic is past.

“That’s what is keeping me up at night,” Susan Borja, who heads the traumatic stress research program at the National Institute of Mental Health, tells the Washington Post. “I worry about the people the system just won’t absorb or won’t reach. I worry about the suffering that’s going to go untreated on such a large scale.”

While numbers are partial and preliminary, the projections don’t look good. According to the Meadows Mental Health Policy Institute—a Texas nonprofit—if unemployment rises by 5 percentage points, an additional 4,000 people could die of suicide, with 4,800 more dying of drug overdoses. But if the jobless rate increases by 20 percentage points, we could have an additional 18,000 suicides and more than 22,000 overdose deaths.

The effects of COVID-19 on mental health are likely to linger. “A deep body of scientific research shows that experiencing collective traumas like a mass shooting or a natural disaster can lead to lasting mental health damage,” reports the Axios news site. “But what sets the pandemic apart is its global scope and its sheer length.”

The unemployment rate in February, before COVID-19, was 3.5 percent. It hit a peak of 14.7 percent in April, declining to a still-high 8.4 percent in August—about 5 percentage points higher than before. The federal Centers for Disease Control notes that suicide already is the nation’s 10th-leading cause of death, claiming the lives of 48,000 people annually. A study of the economic contraction from 2007 to 2009 found a 1.6 percent rise in the suicide rate for every 1 percent increase in the unemployment rate.

Anecdotal evidence is pointing in the same direction. Parents seeking to place their mentally disturbed children in the psychiatric treatment center of Central DuPage Hospital, in a well-to-do Chicago suburb, over the summer were surprised to learn there was no space and had to scramble to seek help elsewhere. The DuPage County coroner, meanwhile, reported a 22.7 percent increase in suicides between January and July over the same period last year.

The effects of COVID-19 on mental health are likely to linger. “A deep body of scientific research shows that experiencing collective traumas like a mass shooting or a natural disaster can lead to lasting mental health damage,” reports the Axios news site. “But what sets the pandemic apart is its global scope and its sheer length.”

Arthur Brooks, noted happiness expert and professor of the practice of public leadership at the Harvard Kennedy School, notes in an essay in The Atlantic that most Americans like to feel optimistic about their futures, and they crave a sense of control—and the pandemic is undermining both. Brooks writes, “Because of the pandemic, the future feels difficult and uncertain, and few of us have much control over it, beyond doing our best to keep ourselves and those around us safe.”

COVID-19 has exacerbated the already weakened well-being of those struggling with mental health issues, and we cannot easily solve each and every problem. Nonetheless, there is something the Church can do to lessen both their pain and the despair of those who, though lacking “extraordinary” internal burdens themselves, still suffer from the effects of this most unusual year.

When it comes to optimism, nothing can touch the confidence of people who know their God and their heavenly destiny because of their Savior’s death and resurrection on their behalf. As the Apostle Paul said from a Roman dungeon, “I am not ashamed, for I know whom I have believed, and I am convinced that he is able to guard until that day what has been entrusted to me.” Are we similarly convinced?

When it comes to control, a Christian worldview reminds us that while the near-term future for believers is up in the air, our eternal destiny is utterly secure. In the meantime,

I have learned in whatever situation I am to be content. I know how to be brought low, and I know how to abound. In any and every circumstance, I have learned the secret of facing plenty and hunger, abundance and need. I can do all things through him who strengthens me.

Christianity Today reports that Jamie Aten, director of Wheaton College’s Humanitarian Disaster Institute, helped devise the first empirical scale of spiritual fortitude, “a character trait enabling people to endure and make redemptive meaning from adversity through their sacred connections with God, others, and themselves.”

How’s our spiritual fortitude doing in the midst of the pandemic? We need to find meaning in the madness. It’s possible even in the worst of circumstances. Psychiatrist Viktor Frankl survived his imprisonment in a Nazi concentration camp when many others did not. Frankl found the experience endurable once he imbued it with meaning.

As I recount in my book Victorious, Corrie ten Boom, a middle-aged Dutch watchmaker, saw her beloved sister, Betsie, die in Ravensbrück but was able to forgive her captors and later tell the world, “There is no pit so deep, the love of God is not deeper still.”