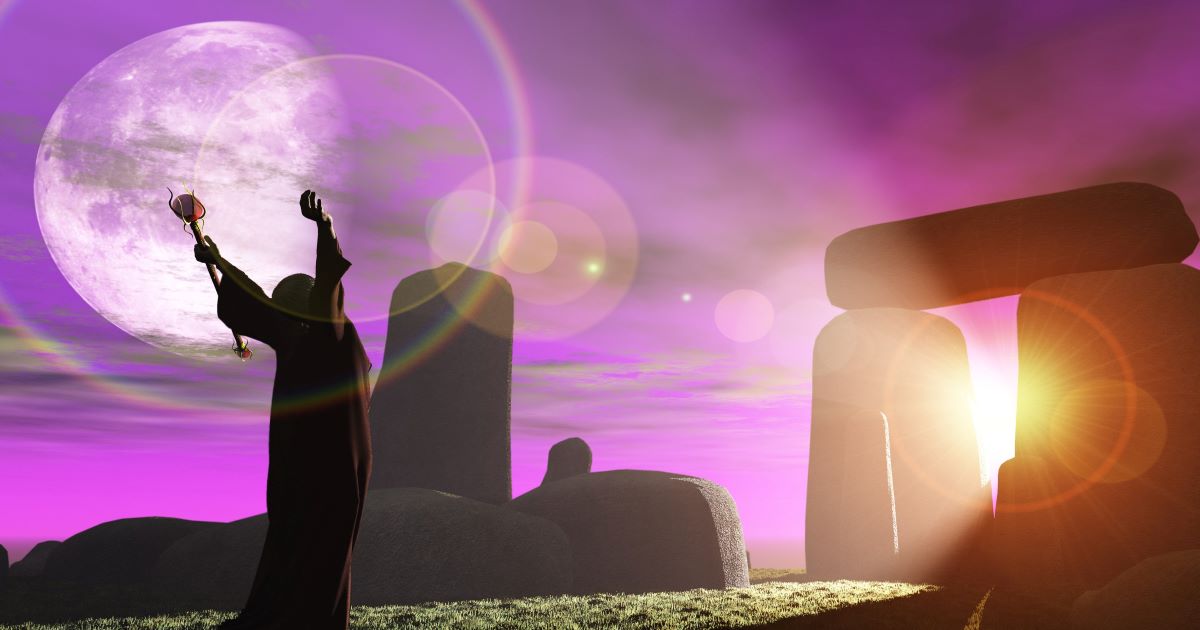 Like other Reconstructionist Pagans, Heathens have to address the issue of ethnicity and race. If you are reconstructing a religion from a specific ethnic group, do you need to be descended from that group to practice the faith? Does geography matter? If it is the religion of a large region such as Northern Europe, what is the connection between the land, the people, and the religion?

As noted in a previous article, some Reconstructionist Pagan groups are open to all and do not care about these issues; some explain this by arguing that people drawn to their religion are reincarnations of ancient adherents of the faith.

The issue of race and ethnicity is particularly sharp for Heathens. Although most believe in reincarnation, they tend to believe that you will be reborn into your family or clan. This is not surprising given their emphasis on family, but it does not leave room for an easy acceptance of people who are not of Northern European descent.

If you are reconstructing a religion from a specific ethnic group, do you need to be descended from that group to practice the faith? Does geography matter? If it is the religion of a large region such as Northern Europe, what is the connection between the land, the people, and the religion?

Heathens fall into two broad categories. One, known variously as the universalist, non-racialist, or anti-racist position, argues that race is nothing more than a social construct anchored in a specific culture. Since it has no objective reality, anyone who adopts Heathenism and wishes to associate with its cultural heritage is welcome.

The second category, the folkish or racialist position, sees a close connection between ethnicity and Heathenry. This category divides into “ethnic” and “ethnocentric” Heathenry. Ethnic Heathens are ethnic nationalists who reject multiculturalism in favor of racial separation. They see Heathenism as an expression of the collective unconscious of the Germanic race. Although they deny that they are racists, Universalist Heathens and many non-Heathens see their ideas as thinly disguised racism.

Ethnocentric Heathens do not even attempt to disguise their racism. These groups, which tend to refer to their religion as Odinism, Wotanism, Wodenism, or Odalism, define race in terms of biological ancestry rather than as a social construct. They are white supremacists who see Heathenry as a racial religion limited exclusively to members of the Aryan race.

However, in the 19th century, the common view that correctly believed that Indo-European languages originated around the Black Sea region was challenged by some German scholars who believed Indo-European originated in Germany and Scandinavia; following the prevailing scientific racism of the day, they argued that the Aryans were a distinct sub-race and that they were superior to other races. Although this theory is wrong on every point, it is accepted by Ethnocentric Heathens.

Of course, it was also accepted by Adolph Hitler, and there is a vanishingly small line between Ethnocentric Heathens and Nazis. Like the Nazis, these Heathens are virulently anti-Semitic: they believe that the white race is in danger of extinction at the hands of a world Jewish conspiracy.

These groups have found prisons to be fertile grounds for recruiting white supremacist members, and they have been known to engage in racist attacks and other violence. They also associate themselves with far-right extremists and political parties and have even openly praised Hitler and the Nazis. Not surprisingly, several Ethnocentric Heathen organizations have been designated as hate groups.

Also not surprisingly, Ethnocentric Heathens see the Universalists as having been seduced by New Age thinking and political correctness; they see Ethnic Heathens as race traitors because they do not embrace white supremacy. And they have nothing but contempt for Christianity, partly because of its origin in Judaism and partly due to history.

Most Neopagans hold anti-Christian views. That, after all, is a good part of the reason many of them embrace pre-Christian religions. Heathens, especially of the Ethnocentric variety, point to historical “persecution” of Germanic pagans to justify their animosity against Christians.

Most Neopagans hold anti-Christian views. That, after all, is a good part of the reason many of them embrace pre-Christian religions. Heathens, especially of the Ethnocentric variety, point to historical “persecution” of Germanic pagans to justify their animosity against Christians. One frequently cited example is Charlemagne’s wars against the Saxons (772-804). According to Heathens, these wars were unprovoked genocidal campaigns against the Saxon people and especially their religion, featuring plundering of pagan sanctuaries, forced conversions, massacres, and other abuses.

The actual situation was more complicated. The wars started because Saxons had raided Deventer and burned its church; Charlemagne responded by destroying an important pagan sanctuary. This began a 32-year series of raids, attacks, counterattacks, and atrocities on both sides until Saxony was subdued.

During the wars, Charlemagne did order mass forced baptisms with the death penalty for reversion to paganism. That much is well known. It is less well known that Alcuin of York, Charlemagne’s theological advisor, told him that forced conversions were worthless and only voluntary conversions and baptisms could make someone a Christian. As a result, Charlemagne rescinded his edicts.

Ethnocentric Heathens are a small minority within Heathenry, though they represent a tension that exists throughout not only Heathenry but in much of the Reconstructionist Pagan world: when reconstructing a religion, how do you deal with modern ideas about race, gender, LGBTQ issues, etc.? Is your authority the ancient religion or is it our current cultural values? If the latter, which values do you adopt and how do you make them fit into your religion? Anyone whose religion or worldview is connected to the past must face these questions.

Our answers are generally determined by our interests, desires, and values; in other words, they are driven by a kind of religious Consumerism that makes our choices primary. We turn to this in our next article.