The Poetry of Bondage - Breakpoint
Give today to learn what it means to be a thoughtful Christian!
Skip to content 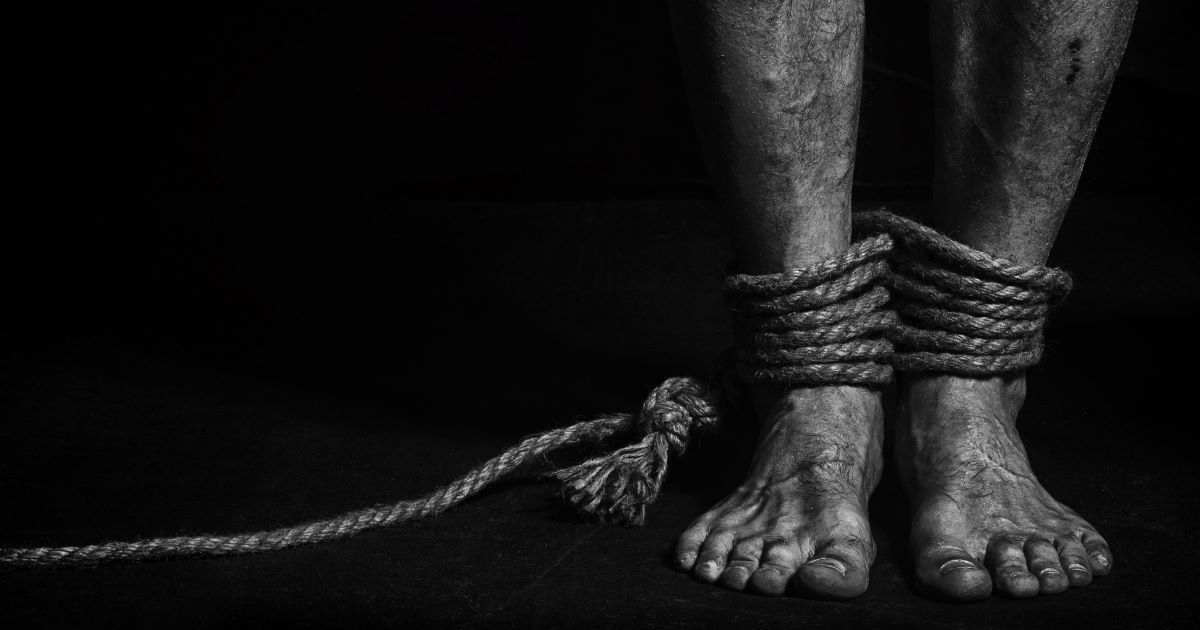 
The Poetry of Bondage

I would not have a slave to til my ground,

To carry me, to fan me while I sleep,

And tremble when I wake, for all the wealth

That sinews bought and sold have earned.

When is the last time you read a poem?

Can’t remember? That’s what I thought. The Washington Post notes that only about six percent of Americans peruse poems anymore. That’s a pity, because poetry has helped change minds on great social issues.

These poems weren’t merely about gardens and trees and love and fog coming in on little cat feet. Some were deadly serious. For example, the English poet and hymn writer William Cowper, whose work is quoted above, put his literary gifts to work fighting the 18th century British slave trade.

So did British abolitionist and poet Susanna Watts, who was known for asking the owners of green grocers to boycott products produced by slave labor. In a poem that spoke on behalf of enslaved women, Watts appealed to British mothers, asking them to imagine how they would feel if their own children were torn away from them and sold:

Think, how naught but death can sever

Your lov’d children from your hold;

Ours are parted, bought and sold!

These poems weren’t merely about gardens and trees and love and fog coming in on little cat feet. Some were deadly serious. For example, the English poet and hymn writer William Cowper, whose work is quoted above, put his literary gifts to work fighting the 18th century British slave trade.

Henry Wadsworth Longfellow, who, when the morality of slavery was being debated in the U.S., devoted an entire book to poems exposing the evil nature of slavery. In one, “The Quadroon Girl,” he describes the fate that awaited many female slaves:

The Slaver led her from the door,

He led her by the hand,

To be his slave and paramour

In a strange and distant land!

The poems outraged many Americans, but Longfellow refused to back down, telling his father, “Some persons regret that I have written them, but for my own part I am glad of what I have done. My feelings prompted me, and my judgment approved and still approves.” The New England Anti-Slavery Tract Society enthusiastically reprinted them.

The black poet Charlotte Elizabeth, in her poem, “On the Flogging of Women,” suggests that no true Christian can possibly own other human beings, and exposes the violent and humiliating treatment of enslaved women:

Bear’st thou a man’s, a Christian name?

If not for pity, yet for shame,

The tender form may writhe and bleed,

But deeper cuts thy barbarous deed

Phillis Wheatley, the first black woman in America to publish a book of poems, was kidnapped into slavery as a little girl. Her poetry both reveals the cruelty of slavery and—despite the claims of slave-owners–the high intelligence and abilities of blacks. In one poem, Wheatley writes of how she herself was “snatch’d” from her African family and brought to America:

What pangs excruciating must molest,

What sorrows labour in my parent’s breast?

Such, such my case. And can I then but pray

Others may never feel tyrannic sway?

Tragically, slavery is a far worse problem than it was 150 years—or at any other time in history. An estimated 30 to 40 million people endure life under the lash in some fifteen countries, including Nigeria, Sudan, and the Dominican Republic. Many women and children are forced into sexual slavery. Children are forced to become soldiers, factory workers, or farm laborers. Some are tortured.

Tragically, slavery is a far worse problem than it was 150 years—or at any other time in history. An estimated 30 to 40 million people endure life under the lash in some fifteen countries, including Nigeria, Sudan, and the Dominican Republic. Many women and children are forced into sexual slavery. Children are forced to become soldiers, factory workers, or farm laborers. Some are tortured.

The good news is that modern artists are still using their gifts to publicize these horrors. They are using, not lines of poetry, but the medium of film to reach people.

For example, actor Danny Glover narrates a documentary film titled “At the End of Slavery,” which exposes the sale of children into the Philippine brothels.

“Not Today,” directed by Jon Van Dyke, is a feature film about an American trust fund kid who travels to India for fun—and is caught up in an effort to rescue a little girl whose father sold her into sexual slavery.

In the short film “Kavi,” a small boy in India is forced to work at a brickworks, where he is often beaten.

Shockingly, slavery still exists in America, despite the fact that a war was fought to end it. Filmmakers David Schisgall and Nina Alvarez, in a documentary film titled “Very Young Girls,” expose how African American girls as young as thirteen are abused and forced into prostitution. When arrested, they are treated as criminals rather than the victims they are.

There is also much to be learned by slightly older films: “Amistad,” “Twelve Years a Slave,” “Django Unchained,” and the mini-series “Roots.”

To understand why it takes so long to uproot an entrenched social evil, watch “Amazing Grace” about the great British abolitionist, William Wilberforce, who spent decades fighting the British slave trade.

February is Black History Month. That history includes the sobering fact that over 400 years ago, this country enslaved African Americans. What better way to mark this month-which also includes the birthday of The Great Emancipator—than to liberate a few slaves ourselves?

Christian Solidarity International has spent 25 years freeing tens of thousands of slaves in Sudan—mostly Christians—who were captured by Muslim militiamen during the war between northern and southern Sudan. CSI provides needed medical care to freed slaves, escorts them to Southern Sudan, unites them with their families, and provides food, goats, and survival kits.

A peace treaty signed between the two nations ended the slave raids, but some 35,000 people, mainly women and children, remain in captivity. It costs about $250 to free one slave.

To learn how you can help free a slave, visit https://csi-usa.org/slavery/faq/

Shared Hope International is another organization dedicated to fighting sexual slavery. Their website will tell you how you can help prevent the kidnapping of young girls into prostitution—possibly in your own hometown–and help rescued victims.

So—watch the films, visit the websites, and get angry. Put your own gifts—whatever they might be—to work fighting the world’s evils, including slavery.

May the poems of Longfellow, Wheatley, Cowper, and others inspire you