Hope in a Time of Crisis - BreakPoint
Skip to content 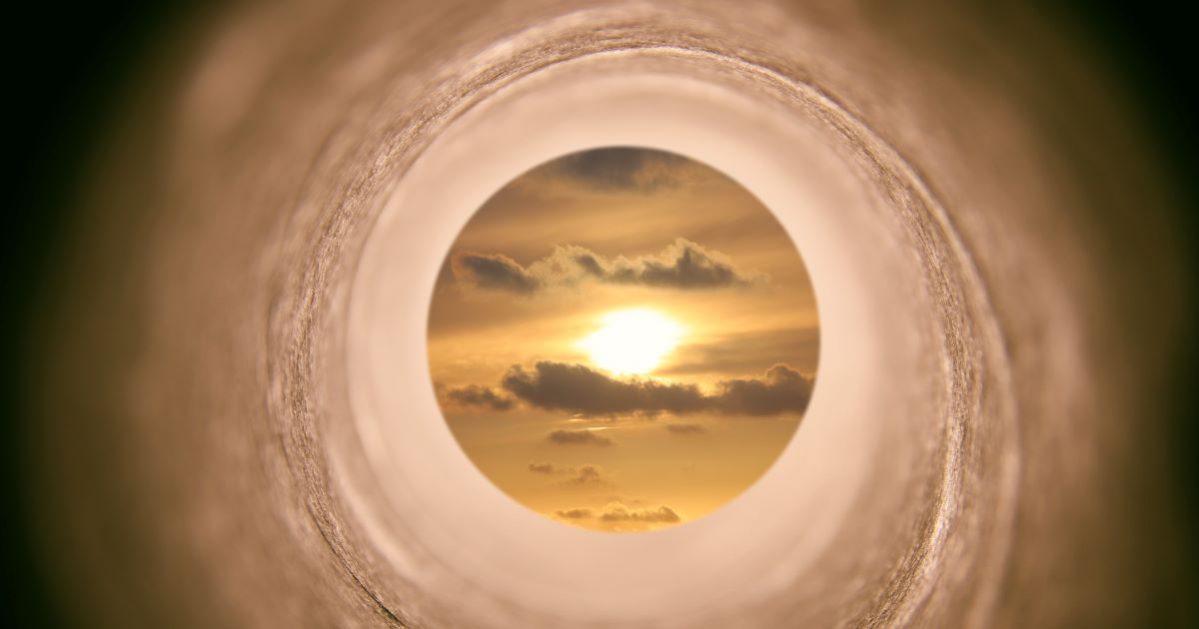 
Hope in a Time of Crisis

A friend of mine recently shared this wonderful quote from J.R.R. Tolkien’s The Lord of the Rings:

Frodo: “I wish the Ring had never come to me. I wish none of this had happened.”

Gandalf: “So do all who live to see such times, but that is not for them to decide. All we have to decide is what to do with the time that is given to us.”

How should we respond to times of crisis?

As a student of literature and history, I have been encouraged by the number of creative works, cures, and calls to kindness that have surfaced during periods of trial.

Regarding innovation, several years ago, I learned about “The Year Without a Summer”—a phenomenon resulting from the eruption of Mount Tambora (Indonesia). The reduced sunlight due to volcanic ash led to a dramatic decrease in temperatures (known as a volcanic winter), causing heavy rainfalls as well as snow and ice, which precipitated crop failures worldwide—including those of Thomas Jefferson.

Nevertheless, in the midst of this disruption, many innovators pioneered ahead during this unique window of time. One particular group of British writers retreated indoors to avoid the inclement weather while visiting Switzerland in 1816. It was here that they challenged each other with a contest to write the scariest story—resulting in what would become Mary Shelley’s best-selling novel Frankenstein.

“My imagination…guided me, gifting the successive images that arose in my mind with a vividness far beyond the usual bounds of reverie,” Shelley wrote in her journal that summer.

“I saw the pale student of unhallowed arts kneeling beside the thing he had put together—I saw the hideous phantasm of a man stretched out, and then, on the working of some powerful engine, show signs of life, and stir with an uneasy, half vital motion. Frightful must it be; for supremely frightful would be the effect of any human endeavour to mock the stupendous mechanism of the Creator of the world.”

Redeeming her time, Shelley embraced the contest and glorified God with her cautionary tale.

Years earlier, in 1529, the great reformer Martin Luther issued another kind of challenge in his famous essay, “Whether One May Flee from a Deadly Plague,” through his imagined discourse with the devil: “If you have poison in your fangs, Christ has far greater medicine…Get away, devil. Here is Christ and here am I, his servant in this work. Let Christ prevail! Amen.”

The bubonic plague pandemic in Europe was tragically a reoccurring event (throughout the 14th to 17th centuries) and Luther’s challenge for Christians to engage—both in using their gifts to serve Christ and aiding those in need—proved to be a much-needed message.

Not unlike Harvard, Stanford and most of today’s universities’ response to the novel coronavirus, Cambridge University enacted social distancing by sending their students home during a plague outbreak in 1665 London. One Cambridge scholar used his God-given gifts at home, which would later be called his “year of wonders.”

That scholar? A young Isaac Newton.

Newton’s time of quarantine brought forth revolutionary discoveries in calculus, laws of gravity and motion, and optic theory. Marveling at God’s creation and inspiration, he would later write about his findings on motion and gravitation in Mathematical Principles of Natural Philosophy: “This most beautiful System of the Sun, Planets, and Comets, could proceed only from the counsel and dominion of an intelligent and powerful Being…This Being governs all things, not as the soul of the world, but as Lord over all.”

In addition to specific crisis defined by certain time periods, there were others who used their God given intelligence to address ongoing diseases. Known as “the father of bacteriology,” Catholic scientist Louis Pasteur would develop vaccines for rabies, diphtheria, and anthrax to name a few.

Best known today for his process to remove bacteria from milk (known as “pasteurization”), Pasteur was unapologetic about his faith: “The more I study nature, the more I stand amazed at the works of the Creator. I pray while I am engaged in my work in the laboratory.”

While many secularists depict Christianity as a “crutch” for the weak during times of trial, time after time historians have documented Christian men and women doing their best work in periods of uncertainty and suffering for the life of the world and the glory of God.

We don’t have to be prominent writers, theologians, or scientists, we can still all express the most important act of hope in times of crisis: love toward our neighbors.

Wresting with feelings of fear, loss of control, and anxiety are normal in our current situation. How we face these emotions—whether through our use of time or the manner in which we treat others–is our test. As Pastor Tim Keller writes in Walking with God Through Pain and Suffering, “Nothing is more important than to learn how to maintain a life of purpose in the midst of painful adversity.”

Using our gifts and talents to love others and glorify God is not a crutch. Instead, it’s what gives us hope and makes us whole.

John A. Murray is President of Imago Dei Leadership Forum and author of In Whose Image? (IDLF Press, 2019)