Is God in or of the Cosmos? - BreakPoint
Skip to content 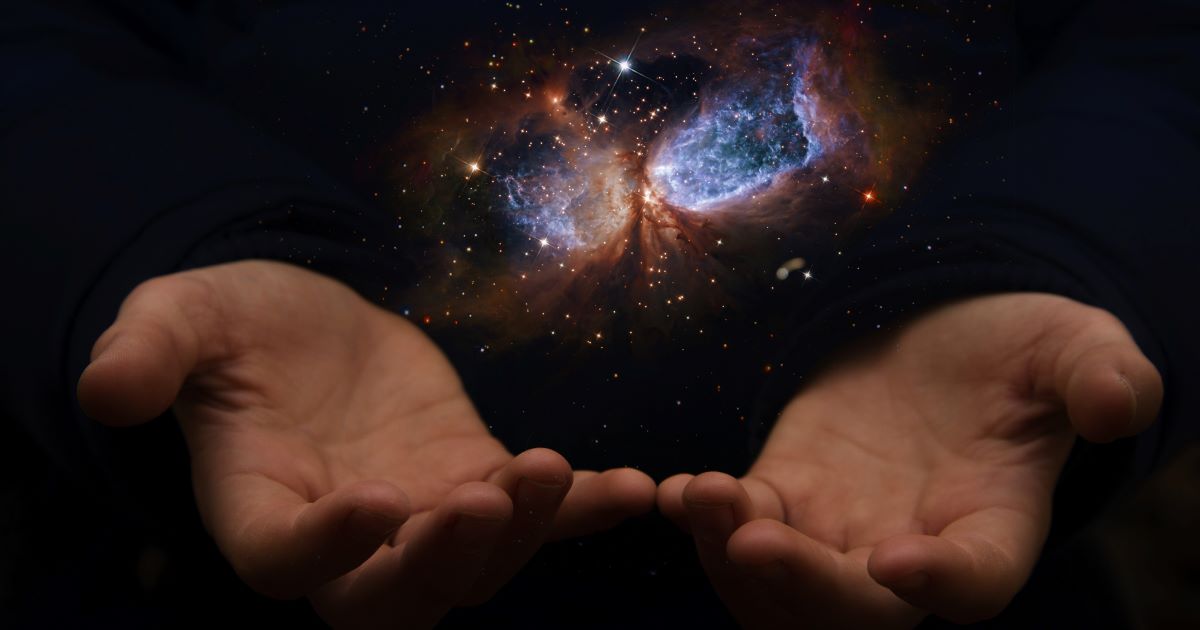 
Is God in or of the Cosmos?

From the Colson Center Audience:

[Editor’s Note: This question/comment reacted to a Colson Center post that argued that evil is not self-existent but is only a perversion are absence of good. A summary of what follows is that the questioner sees God not as separate but part of creation.]

I do think you can make a strong case that good is primary, the evil is a parasitic perversion that is in some ultimate sense temporary. I do wonder about the ontology implied in the assertion that God is working things out for His fallen creation/creatures. Isn’t the view of reality implicit in that assertion that, well, God is God and we’re not? Can’t we contrast such a “discontinuity” view with a “continuity” view?

I wouldn’t go so far as transcendentalism or New Age (a parasite or perversion is nonetheless real), but I do suspect a blend of human and divine, that we’re not human beings who sometimes may have spiritual experiences so much as that we’re spiritual beings who are currently having human experiences, that transcendence suffuses immanence.

The discontinuity assertion “We messed up but God is working things out” isn’t as cogent to me as an admittedly vaguer “continuity” view emphasizing light, spirituality, love, interconnectedness, evil as darkness and distortion (cf. parasitic and perverted), a universe that is evolving (cf. process theology), etc.

We can see things like that in many Eastern philosophies like some elements of Buddhism and certain more mystical expression of Hinduism. In this way of thinking, “oneness” is the fundamental fabric of the cosmos, thereby making suffering and evil not deviations from a fundamental good but merely different manifestations of reality or perhaps merely our own failure to embrace the truth.

You can find some of this sort of thinking in Western thought, but not in quite the same way as Eastern ideas. Even before Christianity, Western thinking emphasized distinctions and delineations far more than its counterpart. Nonetheless, you can think of Neoplatonism and the way that evil isn’t a twisting of or breaking of the good but almost like the way a copy of a copy of a copy degrades the further it moves from the original.

In relatively more recent times, we’ve seen the likes of Alfred North Whitehead and his process theology in which there’s no fundamental distinction between God and the cosmos. He is us, and all is him. Now many of these things are fairly ivory tower; not exactly what the “man in the street” thinks of about God. However, this sort of thinking is pretty common in many popular contexts like movies and TV, especially of the Sci-Fi variety.

I think there’s a very natural pull towards this kind of thing. It’s a way we knit together the two halves of our modernist souls. On the one hand, we see the world as materialist: an unending process of development without any real direction or purpose. Yet, we feel as though this is not enough, as though the spiritual element we long for to give us a sense of meaning must be lurking somewhere in the shadows of planets and stars, quarks and mesons.

Our innate religious nature is then wedded to our naturalist evolutionary principles. Besides, this comports well with our one size fits all view of faith. If we’re all on a journey together, then we don’t have to be bothered by any pesky distinctions between what’s right and what’s wrong. It’s the ideal faith for the nebulous doctrines of our postmodern world.

However, there are a couple of problems with this sort of thinking, one that’s what you might call philosophical and the other more moral. That is, what I’ve described above cannot play well with a great many essential beliefs of Christianity and various other theisms. This may not bother some if they don’t hold to such ideas, but the question of a unitary universe leads us to some uncomfortable answers.

When it comes to the message of Christianity, as well as other theistic religions like Judaism and Islam, there is a clear contrast between the Creator and His creation. The consistent emphasis in the Bible is that God is preexistent, that all things were made by Him and are dependent upon Him, but that He is in no way dependent upon them.

This is huge. It means that our questions of ethics, of identity, of beauty, and of a host of other things have their basis in something stable and unchanging. It means that when we speak of something being beautiful, we’re saying something more profound than “I like it.”

One of the most interesting implications of this is that a Creator allows that our personality and individuality are real things and not just the illusion born of the interaction of our neural pathways. After all, if God is one with us, if God is more “it” than “He,” the mere mechanical process of evolution, then I am not “I” at all but only as significant as one small cell in the midst of an entire body.

More pertinent to your original question, a god of “Process” allows no space for moral judgments beyond simple preference. Just as beauty is imaginary if there’s nothing behind it, a god of continuity has no room for evil to be anything other than this one moment’s ethical stance which can and will change at a later point. If evil is equally existent as good, if in fact evil isn’t anything but good in another form, then there’s ultimately no distinction between the one and the other, no reason to say that one is to be desired more than the other.

I’ll leave it to your imagination to figure out the details, but consider the worst of crimes, the ones that make your skin crawl and want to retch. What are they in such a world? If God is nothing more than a spiritual element fully-embedded in an ongoing and ever-going process, then how can we say that such crimes were wrong?

We may say we don’t like them, or we may say that they don’t sit well with our current beliefs, but can we say they’re wrong? After all, just because they aren’t to your liking, it hardly follows that another won’t find them appealing. Or, just because something violates our social norms of this moment, it isn’t required that others further along the process will share our disgust.

If you’d like a fuller explanation of how this plays out, I’d suggest Francis A. Schaeffer’s He Is There and He Is Not Silent. More than any other, this book showed me the implications of a cosmos either absent from God or one where He was just part of it.

When faced with such questions, there are, in a sense, only two options. Either our sense of beauty and ethics are illusory artifacts of a our imaginations, or there is something, indeed Someone, beyond and outside of the universe that allows us to see the beautiful as distinct from the ugly and the good from the bad.

Posted questions may be edited for form but not for content.