Jussie Smollett and the Fall of Man - BreakPoint
Skip to content 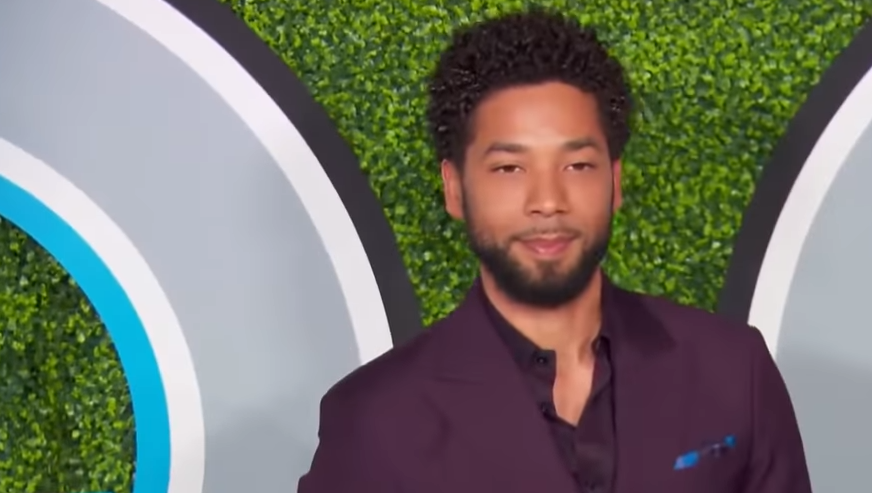 
Jussie Smollett and the Fall of Man

Now in the Law, Moses commanded us to stone such women. So what do you say?” This they said to test him, that they might have some charge to bring against him. Jesus bent down and wrote with his finger on the ground. And as they continued to ask him, he stood up and said to them, “Let him who is without sin among you be the first to throw a stone at her.” John 8:5-7

On January 29, Jussie Smollett claimed that two men had attacked him in the wee hours on a Chicago street. According to his story, they verbally and physically abused him, and, most horrifically to an African American man, put a noose around his neck. That these cretins had yelled, “This is MAGA country!” only confirmed the worst fears of progressives everywhere. Even in deep-blue Chicago, the vitriol of the Trump era could claim victims, including those with wealth and connections.

But, as we all know by now, it took only days for this tangled web to unweave. Smollett was not the victim of hateful right-wing bigots out to put this gay, black man in his place. He was the victim of his own greed. Not happy with his pay on the award-winning show “Empire,” he hired two Nigerian men to put on a “play.” As the newly-minted owner of our age’s ultimate cachet, the rank of victim, he hoped that his salary would rise with the tide of his newfound fame. Instead, he lost his role and may end up a guest of the state on account of his creative negotiation tactics.

The last few years have witnessed the rise of this curious phenomenon – the faux hate crime. That’s where members of an ostensibly oppressed group report how they’ve been accosted by unknown assailants intent on malice or bodily harm. After a few days of Twitter-rage against the machine of hatred and intolerance, it comes out that the only crime that has been committed has been against the public trust as it was the purported victims who’d orchestrated the entire affair. Whether for personal gain or to highlight a cause, several people have been caught up in this illusion.

This is all very fascinating, albeit in a disturbing kind of way. We find ourselves asking, what drives it?

Is it the desire for fame that seems to have infected every aspect of our culture? Many of us will recall the infamous “Balloon Boy” incident a decade ago. In that case, a family convinced the entire nation that their small child had been inadvertently taken up in a flying saucer shaped balloon and was careening around the Ft. Collins sky. They’d hoped that their misadventures in the public eye could be parleyed into regular spot on a reality TV show, and with that, all the fame and fortune they could want. Instead, once the truth emerged, they faced a hefty fine and a short stint in the local jail.

But this doesn’t work with fake hate crimes. Some people will take infamy as a form of fame, but there’s normally no money in it, Mr. Smollett’s case being the potential exception, and even that didn’t pan out. Why pretend that you’ve been hated?

It it the zeal for a cause? For some people, the need to raise awareness among a complacent population is warrant enough for fabricating the thing they sincerely believe is a pressing concern. This seems strange on the surface. After all, if the crisis that big of a deal, why would it need PR help? And, once the truth is unveiled, even sympathetic minds will hesitate before believing it when true crimes occur, these fake offenses undermine whatever good the hoaxers intended. But this has not stopped these from happening.

For a certain segment of the population, this is all the explanation that’s needed. The government/media/industrial complex is set on creating a new totalitarian state, and they’ve cooked up these hate crimes to inflame the population enough to demand radical reforms of a decidedly Marxist variety. As I’ve noted before, this conspiratorial frame of mind sees these acts as “false flags” and as a set with mass shootings, terror attacks, and the fluoridation of water. And, do you know what? This isn’t crazy.

Okay, so the idea that school massacres are performance art, that 9/11 was an inside job, and that dental care is a prelude to dictatorship is more than a bit out there, but the reality is that, for another certain segment of the population, contrived crises are just what the doctor ordered. I had a professor once who told me that, in his Communist days, his group had plotted to create a public disturbance with the overt intention of provoking the police into overreaction. This would, or so it seemed to these Padawan intelligentsia, induce the workers to rise up in sympathy. For radical minds, desperate times call for radical action.

No, I don’t think that these hate-hoaxes are part of some sinister cabal to enslave us all. They’re too disorganized and easily unmasked for that. The conspiracy theorists can explain why the “men in black” are up to no good, but they can’t explain why your average Joe or Jane would shoot their favored causes in the foot by crying wolf. They aren’t following orders from the shadows; they are true-believers possessed of a misguided desire wake the world from its lethargy and to ignite the movement to change society for the better. Sure, it’s a lie, but it’s a lie for the sake of the truth.

By hearing of this fabricated horror, they hope, otherwise neutral people might well be roused enough to discover the genuine examples of hate and intolerance that happen every day but don’t have the luck to be recorded on a convenient cell phone. It’s the cry of the activist, “You can’t make an omelette without breaking a few eggs!” Or, as one highly successful revolutionary worker put it, “A revolution is not a dinner party.” The times are so dire than a little bit of deceitful expediency can go a long way.

It’s fun to chide these miscreants, major or minor, safe in the assumption that we have nothing to do with it. Yet, we’re part of it. Not only are we guilty of falling for these hoaxes, and thereby providing the audience and motivation for creating more, but we’re capable of creating our own fake crimes out of thin air.

We are so determined to see our favorite devils made incarnate that we see their malevolence lurking in the shadows no matter how ephemeral they might be. Sometimes we discover that our demons have been nothing but mists in the social media winds, but, sadly, rarely do we do more to expiate our sins than to delete our incriminating tweets.

Just days before the Smollett case, the nation was transfixed by the “clear” act of hatred by white teens against a peaceful Native American veteran, only to discover that our initial clarity was on the fuzzy side. Five years ago, Vanderbilt University was wracked by tension after a bag of excrement was left outside an African American fraternity, but the truth was more prosaic, as a blind woman had left her guide dog’s “produce” where university staff would be sure to dispose of it properly. And, seemingly every Christmas we’re treated to an orgy of accusations against Starbucks coffee cups for each stylistic deviation they make, no matter how innocuous.

So, what can we learn from this? We can learn something that we should already know from the X-Files: Trust No One. Now, of course, I don’t mean that literally. Not entirely, anyway. Not everyone is as bad as they could be at all occasions, but each of us is as capable as any other of corruption . . . if the price is right. It can be the desire for something tangible like money or more ephemeral like meaning or to see the wrongs righted, but we are all liable to the same corruption. As Paul of Tarsus put it, “All have sinned and fall short of the glory of God.”

We, like the victim-impostors we enjoy critiquing, are possessed of a passion to secure the good things of this world. We want to lay ahold of our piece of the material blessings that God has provided for us in His Creation. We want to find that sense of significance that comes from relationships and recognition. We want to see that justice is done in this world. But, like the Jussie Smolletts around us, these legitimate desires and longings for the good gifts of God have become corrupted by the Adamic Fall of Man.

The blessings of God to humanity in the Garden of Eden were manifold, and we’ll spend eternity discovering their depths. But, three broad categories were the joys in our work, the pleasures of being known, and a connection to the eternal. The Fall in Eden corrupted each of these, and we see this Fall played out here. Smollett’s quest for honor in his labors, to be recognized by the world, and to connect to transcendent issues of justice were twisted by his sin, even as we bend God’s good gifts in our own way.

The vision of the good we seek deceives us into thinking that this justifies the bad we would do to secure it. The Fall of Man didn’t just affect part of humanity that can be isolated safely; nor did it affect just part of ourselves or in only superficial ways. Even in the quest for legitimately good things in life – for relationships, for material goods, for recognition, for justice – our affections and desires have become so disordered that our best efforts are tainted by sin.

Some of the biggest failings we may fall prey to in life will have less to do with obvious corruption like selfishness and open greed but with silent sins; the spirit of hubris and myopia that sees ourselves or our favored causes as immune from sin. When we look at Jussie Smollett, or anyone else who’s succumbed to their temptations, remember the old adage that “There, but for the grace of God . . .”

Yes, he messed up, and he’ll pay the penalty. His career is in ruins to the point that even the eminently progressive Daily Show is mocking him for his foolishness. But, as uncomfortable as it may be to imagine, it is precisely when we think that we’re not like that pseudo-victim –or that tax collector – over there that we are in the greatest danger of becoming just like him.

There, but for the grace of God, go I.