Masks or Faith? - Breakpoint
How can we respond to those around us with truth and love? Give today to receive this month's featured resource.
Skip to content 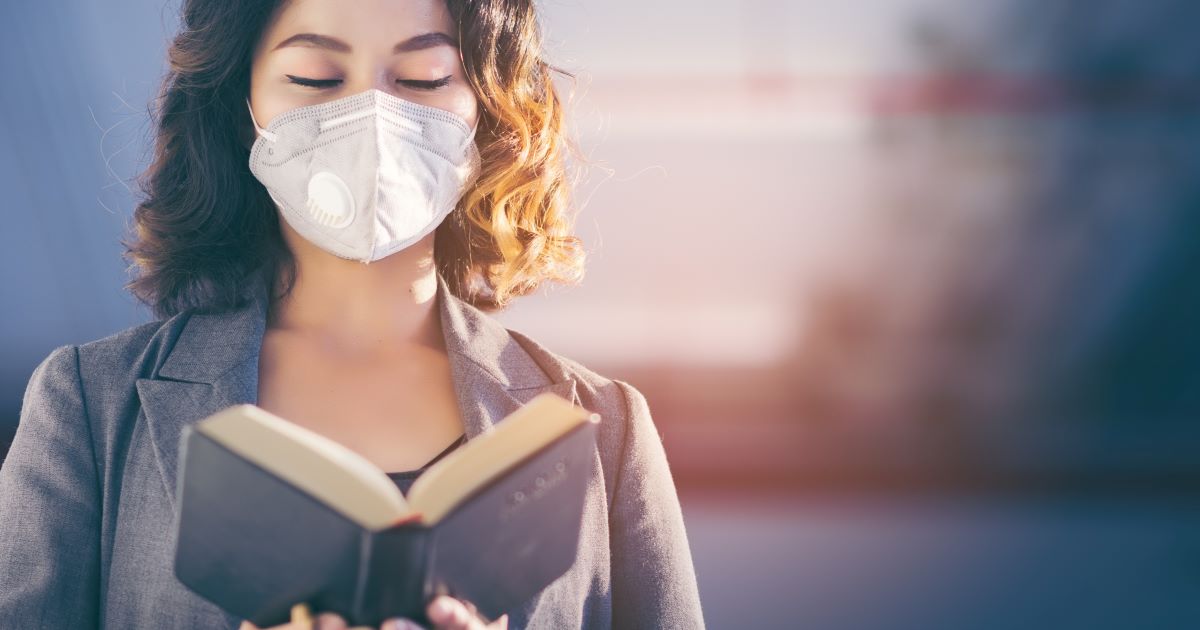 It appears to me the state has too much control over the church by forcing the wearing of masks and “social distancing.” I don’t wear a mask, and don’t intend to wear one in the church service. I think the Christian in me will and should trust God and not allow the state to dictate how I must conduct myself in the church service. To be sure most of what the state requires is not anti-Christian, but I think it is a matter of control. The Holy Spirit can still be in control when following the directions of the state, but I also see it as a matter of faith. W/O faith it is impossible to please God. So, when the state relinquishes the intrusion into my worship practices I will return to active and personal attendance.

That’s an interesting series of questions. While they all center on a singular experience, they nonetheless touch on the diverse issues of Church and state, the role of faith in our contemporary lives, and the Christian view of nature itself.

As to the first part, let me defer to myself, so to speak. Earlier this year, when government agencies first began to restrict public activities, I replied to a similar question from another member of our audience. In recent days, things have opened up again, but now we find that leaders are reconsidering this move, leaving us with the same basic questions.

The short answer is that, as you suggest, there’s nothing inherently wrong with these regulations. No, masks aren’t the magical talismans that many officials and social media “experts” make them out to be, and I have to scratch my head at the folks who wear them when they’re nowhere near anyone else. But let’s not let one type of overreaction lead us to our own overreaction in the opposite direction. When faced with an infectious respiratory ailment while moving in and among crowds, masks make sense.

Further, restrictions on public activity in the face of an epidemic is well-within the state’s legitimate role. We may argue that this or that particular rule is unneeded or ineffective, but that’s not the same as saying they’re immoral. Now, there is clearly some bias, as the courts recently reminded the folks in New York, but I would contend that the bulk of such offenses comes from arrogance, not malice. That is, I suggest that this is driven by a too-high view of politics when compared to religion and not an animosity towards Christianity, as such.

As to refraining from going to church until these rules are lifted, I would point out that participating in the life of the Church is not a dispensable element of the Christian worldview. It’s part and parcel of who we are and what we are called to be. When our brothers and sisters around the world risk life and limb to meet together, surely masks can be endured for a time.

The other part of your question is more theological, with implications about how we as believers ought to interact with our world and the balance of the spiritual and the physical. And it is here, I suggest, that there is a problem in your formulation. Whatever questions we may have about the need or usefulness of masks, there is no purely theological argument to be raised against them.

While I affirm your quest to trust in God in the midst of life’s travails, I wonder if you’ve missed something deeper here. A wholly spiritual religion is only a fragment of our Faith. Don’t get me wrong. There is no such thing as a non-supernatural Christianity. It just can’t be. If you remove the spiritual elements from the biblical story, then you’re left with precious little. Think what the Apostle Paul said in I Corinthians, “And if Christ has not been raised, then our preaching is in vain and your faith is in vain.” A Christian Faith devoid of spiritual content is a contradiction in terms.

Yet, we must not make the mistake of thinking that our Faith is solely spiritual. That would be to take the path of the Gnostics, both ancient and modern, who so elevate the spiritual that they treat the physical world as somehow less real. But this is not Christianity. It’s Greek and it’s Buddhist and it’s all sorts of things, but it’s not biblical. The God of the Bible created this world and called it good. He sent His Son to take on flesh.

When we read the biblical text, we see that faith-based healings are far and away the exception rather than the rule. Yes, we can think of places like James 5 where those who are sick are invited to call on the elders for prayer, but at no place in God’s Word are we encouraged to disregard preventative care, like cleanliness, or therapeutic actions, up to and including having the sick practice a form of distancing. As far as concerns our ordinary lives, God calls on us to take precautions when it comes to our physical health.

We can look at the miracles of faith in the Gospels and get so caught up in their amazing nature that we forget their mundane goals. What were the miracles? The provision of bread and fish, the restoration of sight and strength, the raising from the dead to life. The endpoint of the miraculous in God’s Word was not to have us live “spiritually” apart from our flesh but that our flesh might be restored to its ordinary working order. Sometimes God will intervene in the natural order of things, but most of the time, our health and well-being is supported through His ordinary ordinances of food and drink, rest and sanitation.

Take a look at the Old Testament laws like in the book of Leviticus. These have the reputation of being all about moral precepts and sacrificial activity. That’s true, but that’s not the only true thing about them. Many of those rules and regulations aren’t ethical or spiritual; a huge portion of them deal with things like mold and infection. There are passages about getting rid of excrement while travelling and the safe way to build a house. There’s even a bit about how to tell the difference between an unhealthy skin disease and simply baldness!

Now, we can say that political and even medical authorities may err when it comes to certain practices. And we can note that God will, on occasion, suspend the ordinary way of things and heal our bodies through our faith in Him. But neither of these realities suggests that we can or should put God to the test by ignoring the guidelines and insights He has granted us. We should no more avoid medical precautions purely as a matter of faith than we should avoid working or eating on the assumption that He will provide regardless. Remember, faith is not passivity before Him but a realized, lived-out, and embodied trust in Him.

God called this world good and He remains sovereign over all things, but this same good world has been tainted by Eden’s Fall. We most often think of this in terms of sin and salvation, but the side-effects of Adam’s sin spill out into far more areas than or moral standing before God.

Simply put, the world is broken. It’s broken all the way to its very core, and it won’t be finally fixed until all things are made new in the End. In the meantime, we can and should expect Him to show up in extraordinary interventions, but we’d hardly be faithful to His Word to assume that our faith will save us when we disregard His ordinary provision.