Okay, Doomer - Breakpoint
Give today to learn what it means to be a thoughtful Christian!
Skip to content 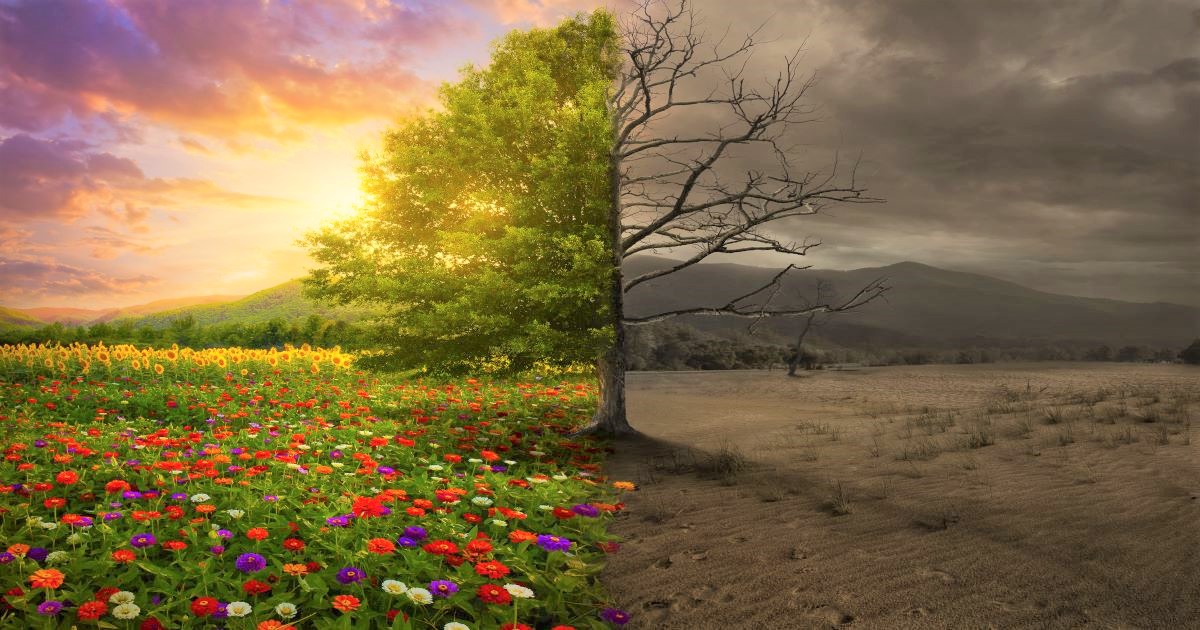 Two of my best friends and I have an informal liturgy: whenever we go camping, SCUBA diving, or hiking, and find ourselves assaulted by some unexpected vista or impromptu congress of dolphins, one of us turns to the others and quips, “It’s the End Times, y’all.”

The inside joke is that we share a more or less postmillennial eschatology and expect that the parousia will look little like it does in the popular, evangelical imagination. We think we are saved to enjoy God’s world and to take dominion of it, and that when Christ returns, it will not be to a spiritually-ravaged husk, fit only for celestial fire, but to a planet that has largely obeyed the Great Commission. The knowledge of the Lord will have covered the Earth “as the waters cover the sea,” and even the dolphins will know it (to say nothing of the wolves and lambs).

This view clashes so starkly with the dominant attitude of American Christians that I never admit to it without bracing for a blow to the head with a Tim LaHaye novel. In fact, I often have to duck long before I mention the “p-word.” Good news itself is regularly greeted with dismissals and scoffs, even among people who don’t care what the Book of Revelation means.

And no wonder. “The world is going to hell in a handbasket” is the dominant mood among Americans, as poll after poll shows. It’s actually one of the great paradoxes of public opinion. To wit, despite a robust economy, full employment, and a lack of major overseas conflicts (knock on wood) surveys show that we’re becoming more miserable, and expect our kids to be even worse off.

Global inequality has plunged and economies have boomed, disproportionately in poorer nations. Child mortality has dropped to its lowest level in recorded history, and ancient scourges like malaria, polio, and heart disease are in global decline.

That’s why articles like the one Matt Ridley wrote in The American Spectator last month are so important, and so consonant with my friends’ catchphrase. Ridley (who wrote “The Rational Optimist”) calls the 2010s “the best decade in human history.” He cites data point after data point showing that no time period has seen a more dramatic reduction in raw human suffering than have the last several years.

Extreme poverty has fallen below ten percent for the first time ever. (Fifty years ago, the majority of mankind was below that threshold.) Global inequality has plunged and economies have boomed, disproportionately in poorer nations. Child mortality has dropped to its lowest level in recorded history, and ancient scourges like malaria, polio, and heart disease are in global decline.

Meanwhile, Ridley points out that food production has grown exponentially, the prices of key raw materials are at rock bottom, and the doomsday predictions of overpopulation prophets have not only failed, they’ve turned out to be diametrically wrong. By 2050—the year most Americans expect to be worse off on a whole host of metrics—economists expect that advances in agriculture will have freed a collective land area the size of India from farming.

But good news has a long and blessed history of happening regardless of who ignores it. Besides, I have an effective comeback for the stalwart doomers.

But for many who object to my optimism, the frame of reference is even narrower. “This country has never been further from God than it is today.” This is a nearly direct quote from one Facebook commenter and a fair paraphrase of half a dozen others.

Faced with such rebuttals, I’m tempted to deploy my own version of 2019’s most popular inter-generational scud dismissal: “Okay, doomer.”

Failing that, there are two responses that bring us closest to understanding reality as it is and not merely how it looks from the cheap seats. First, there has been bad news since Adam bit the Fruit and there will continue to be bad news until death bites the dust.

As John Stonestreet and I established last Friday on “BreakPoint This Week,” acknowledging that the world is on the whole a better place today than ever before isn’t a Utopian claim—it’s a comparative one. And those who take exception have a simple task before them: to name a time in history when average people were better off than they are today.

The second response is to point out that America makes up a piddling five percent of the world’s population. Throw in Canada and Europe and you’re still only at 15.5 percent. There are a lot of people out there unaccounted for by “Western civilization,” and they’re not only doing better than ever before in material terms—they’re doing better than ever before in spiritual terms.

In “The Reason for God,” Timothy Keller points out that within the last 150 years, Christianity became the world’s first truly global religion. It had a great deal of mobility before that, shifting from the Middle East, to Southern Europe, Turkey, and Africa, and finally to Northern Europe, where it thrived for a millennium.

But before recently, no religion had gained significant purchase on every continent (we could define “significant” as more than five percent of the population). Thanks in large part to global missions in the 19th and 20th centuries, Christianity now has. And it’s only continuing to grow.

Those dauntless pessimists who question the theological pedigree of all those new Christians abroad need not fear: while errant strains of Pentecostalism are no doubt present, the second-fastest growing group is evangelicals. And whatever nits you might pick with their piety, they are surely better off than during the long millennia of pagan darkness before the first missionaries landed on their shores.

In other words, the nations are being discipled and baptized, just as Jesus said they would be. Did you expect a different outcome?

True, there are some who will still try to salvage their pessimism from all these glad tidings. But good news has a long and blessed history of happening regardless of who ignores it. Besides, I have an effective comeback for the stalwart doomers.