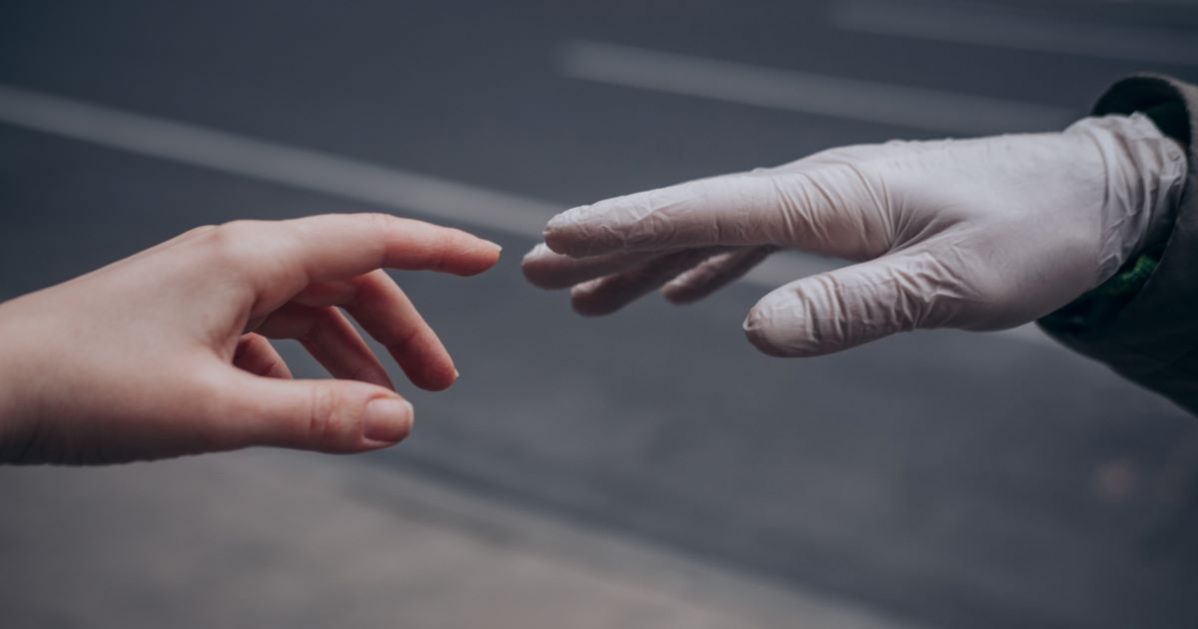 
The Best of Things in the Worst of Times

In the second century AD, a great plague swept through the Roman Empire. Galen, the greatest medical expert of the day, left Rome for his country estate to ride out the epidemic in what he hoped would be safety.

In fact, everyone who could flee fled the cities and infected-areas since everyone, especially the physicians, knew that there was nothing they could do about the disease. And if they caught it, they would almost certainly die.

There was one exception to this.

Christians—an unpopular and sporadically persecuted religious minority—ran to the plague-stricken areas instead of away from them to care for and comfort the sick and dying. Galen, who found Jews and Christians interesting, though gullible, notes that Christians acted this way because they had no fear of death, believing that if they died, they would pass into a better life.

A century after Galen’s plague, another horrific disease spread across the Empire, known to historians as the Plague of Cyprian. It was named after a bishop who described it in detail. He explained that when people became ill, their families would take them out and throw them into the streets to die, as if by hiding their deaths the families could avoid death itself.

Once again, the exception was the Christians, who went out and ministered to those dying in the streets, once again at great risk to their own lives, once again in confidence that if they died, they would go to Heaven. One Christian noted that death was inevitable and martyrdom common, and it made little difference to him if he were martyred by the sword or by disease.

Christians—an unpopular and sporadically persecuted religious minority—ran to the plague-stricken areas instead of away from them to care for and comfort the sick and dying. Galen, who found Jews and Christians interesting, though gullible, notes that Christians acted this way because they had no fear of death, believing that if they died, they would pass into a better life.

Sociologist Rodney Stark observes that even basic nursing can save lives, and so many people likely survived this plague because of the ministrations of Christians, even as the Christians who tended the sick died themselves.

Three centuries later, during the reign of the Emperor Justinian in Constantinople, the bubonic plague broke out in the Empire. This plague ended Justinian’s attempt to rebuild the Roman Empire and swept across Europe, among other things killing most of the great Irish saints of the generation after Patrick.

Not surprisingly, Christians again ministered to plague victims even at the cost of their own lives.

Christian response to these three plagues was an important factor in the faith during the early centuries of the church.

But the story doesn’t stop there.

When the Black Death arrived in Europe in 1347-51, it killed about 48% of the population based on the best current research. Plague was no respecter of persons: people died without regard for social class or standing. The only group that stands out is the clergy: they died at a greater percentage than the general population because they went to comfort the sick and dying and thus exposed themselves to the disease knowing that they could contract it themselves.

Throughout all this, Christians were following the example of Jesus: He was a healer, so we too should tend the sick. Bodily health is important because this body is important, and so everywhere the Gospel has gone it has brought hospitals. But our bodily life in this world is not of ultimate importance, and so in love we are called to lay down our lives for our neighbors in need.

As Christians, our response to the pandemic needs to reflect a Kingdom perspective on life and death, health, disease, and what it means to love our neighbor. And that involves balancing a range of conflicting priorities.

Responding to the Pandemic

What does this have to do with the Covid-19?

As Christians, our response to the pandemic needs to reflect a Kingdom perspective on life and death, health, disease, and what it means to love our neighbor. And that involves balancing a range of conflicting priorities.

First, we must take no unnecessary risks to our own lives or to the lives of others. We must take all appropriate precautions—washing hands thoroughly and regularly, sanitizing surfaces, social distancing, etc.—so that we ourselves are not at risk of contracting Covid-19 and, more importantly, not exposing others to the virus.

Second, we must take care of our neighbors. Healthcare providers, first responders, and ministers are obvious examples of this, but we all share need to be involved. We can do this without violating social distancing: we have phones, social media, etc., that we can use to keep tabs on our neighbors and their needs.

Too many people, particularly the elderly, are isolated in the best of times; now, the number and depth of isolation is going to increase. We need to do what we can to meet people’s social and relational needs and to ease their loneliness.

And at need we must be willing to risk sickness ourselves to help those who cannot get help otherwise.

Another way of taking care of our neighbors is to support local businesses. With businesses closed by government fiat, a lot of people are going to be out of work and businesses shuttered forever.

On a societal level, this is likely to be the greatest long-term impact of the pandemic. We need to find creative ways to support small businesses and the unemployed now and in the aftermath of the shutdowns.

Above all, we must pray long and hard that God would end this pandemic. We should fast and pray for a cure, for the recovery of the sick, for a slowing and reversal of the spread of the disease, for healthcare workers, …. If you’re not sure how to pray, use the Psalms to guide you. Many can be used as a jumping-off point for prayers in any emergency or disaster situation.

And we need to find ways to meet together to worship and encourage each other, either virtually or in small groups where appropriate. We don’t want to take unnecessary risks and spread the disease, but collective worship is not something we can ignore either.

Chuck Colson used to say, “Christians do the best of things in the worst of times.” May we rise to the challenge in the face of this pandemic.