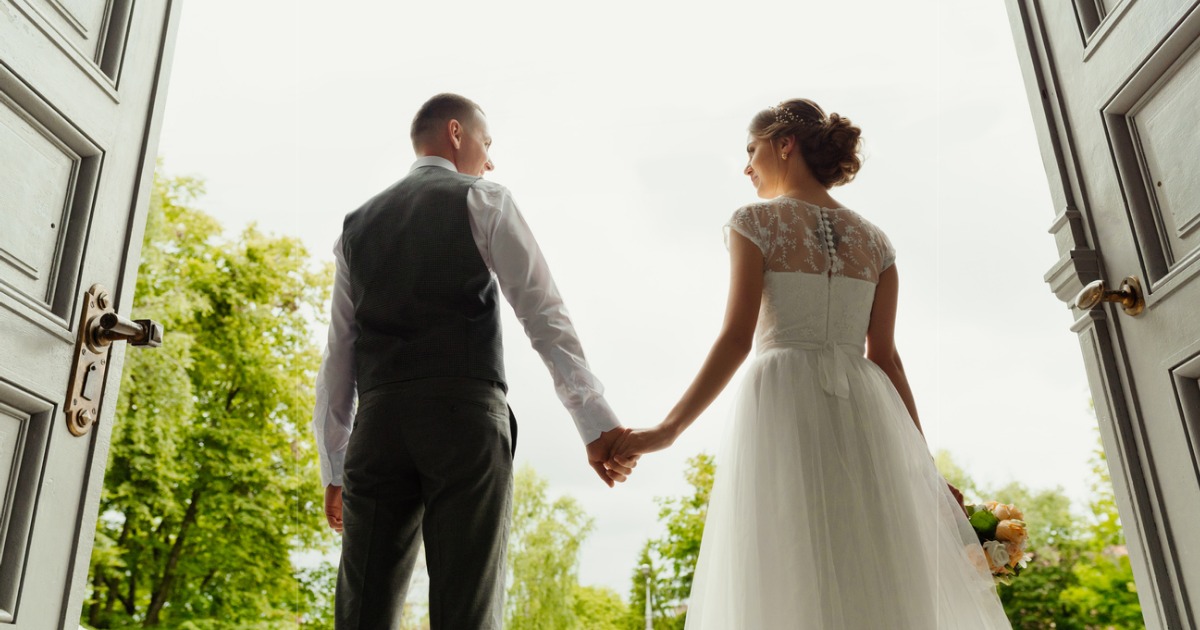 
The Bible and Homosexuality

Whenever we post anything even vaguely critical of our society’s recent endorsement of homosexuality or the ever-expanding acronyms associated with it, we get a lot of pushback from a certain segment of our readership. Some folks, coming from a more secular or simply progressive mentality, argue that we need to get with the times. We don’t hold to ancient authorities when it comes to science and politics, so why should we pay attention to a bunch of long-dead ethicists whose morality is clearly out of date.

This line of thinking has the virtue of being straightforward. They don’t like the Bible, so they don’t see the point of following its teachings. Fair enough. The same cannot be said for the other group of our critics. For them, they want to hold onto the Bible, but they also want to alter its ethical stance so that LGBTQ becomes a moral option for Christians. This gets a bit more complicated.

You see, in order to get the Bible to condone homosexuality, you have to either discount some pretty clear prophetic writings on the subject, interpose some fairly convoluted interpretations, or otherwise downgrade what the biblical authors were getting at. Now, some people are shocked at this. In our culture’s short memory, some cannot fathom that there was a time when Christians thought that homosexuality was to be frowned upon. It simply cannot be, so they think, that the Bible would call impure what our society has declared morally pure.

I’m sorry, but I’ll take my stand with the 4000 years of biblical testimony and Christian thought over against the passing fad of the last 40 years of theological novelty within a single demographic.

The thing is, to hold this, you have to discount what nearly all Christians in all eras across all the world have taken the Bible as saying. You have to say that we, in the 21st West have discovered something that essentially all other cultures have missed, that the interpretations of European and North American denominations are more accurate than those which Latin American, African, East Asian, and Middle Eastern Christians have held for the past several thousand years and still hold today. I’m sorry, but I’ll take my stand with the 4000 years of biblical testimony and Christian thought over against the passing fad of the last 40 years of theological novelty within a single demographic.

Certainly, a lot of different Christians think a lot of different things about a lot of different issues, but, in this case, that’s not a point in favor of liberalizing sexual norms. I’m Reformed, meaning that I disagree with Roman Catholics about Rome, with Baptists about baptism, Anglicans about ecclesiology, and Arminians about soteriology. But, whatever some Western incarnations of these longstanding theological systems may recently have argued, these denominations all agreed on this one point against what a contemporary society declares is now debatable.

Let’s clear up one thing before moving on. Many people justify their desire to downgrade homosexuality’s “sin quotient” by suggesting that this is the love of God, and that to condemn this sin is to deny to its practitioners the grace of Christ. This is misguided. The great hope that Christianity can offer to those who struggle with homosexuality is not that they are without sin.

I truly hope that sin in a person’s life doesn’t deny to us the love of God, because, if that’s the case, then I am lost! Apart from the grace of God, my sin keeps me from right relationship with Him as much as anyone else’s sins. My sins aren’t of the LGBTQ variety, but they’re just as hell-worthy. Thankfully, God has given grace to me, and, in His sovereignty, applied the work of Christ to me. By this I am saved. By this can we all be saved.

To say that Christ’s silence on homosexuality was a tacit endorsement makes as little sense as saying the same about His silence on graven images. There’s no need to clarify what isn’t contested.

There are a few other times in the Old Testament when it comes up. It’s implicitly rebuked in the twin passages of Genesis 19 and Judges 19 where Sodom and Israel are respectively condemned for their depravity, but it doesn’t come up that often. Cult prostitution was practiced by many neighboring nations, and the Israelites were strictly prohibited from taking part, whether with men or women.

This theme endures into the Christian era. Mind you, it’s not a common a topic, but it’s a clear one. It doesn’t come up at all in the Gospels, but it does appear a few times in the Apostolic writings. In each case that it’s mentioned, it’s clearly on the wrong side of biblical ethics. In the Bible, the only sexual relationship endorsed as moral is between a husband and a wife. Any deviation from that norm is not just a cultural taboo but a violation of God’s intentions for humanity.

Now, a lot of people want to make a big deal over the relative silence. They suggest that it can’t be that much of a problem for God if He rarely mentioned it in His word. This line of reasoning has never made much sense to me. How many times do we have to be told not to do a thing before we accept that we shouldn’t do it?

If the number of occurrences is the sole basis for determining moral significance, then which of the other forbidden sexual acts of Leviticus 18 should we normalize? This same chapter forbidding homosexuality also condemns bestiality and incest and child abuse, and these sins are rarely mentioned in the Bible at all. Yet, there aren’t a lot of folks about who’ll confess to thinking that this makes these sins okay.

A stronger argument for sidelining our objections to homosexuality is that the prohibition was a part of God’s law at one time, but, like many other things, this no longer applies. To this we can say that, yes, we ought fully to consider the place a given law shows up in redemptive history. God said not to eat pork, but we eat pork. God said not to mix fabrics, but we mix fabrics. God said homosexuality is wrong, and we still say it is wrong.

What gives? In the case of ceremonial things like dietary laws and even the greater part of the civil laws (even with those the principles remain), these laws were given for a time in the Old Testament but are not longer binding after the New. Look to Peter and the vision of animals coming down from heaven in Acts and the Jerusalem Council. However, unlike a lot of other rules from the time of ancient Israel, such as the eating of pork and whatnot, the ban on homosexuality was not only not revoked by New Testament writers, but it was expressly reiterated.

Some folks, let’s call them red-letter Christians, point to homosexuality’s absence from the Gospels. If Jesus never addressed it, why should we? As much as Jesus is both the center and the goal of our faith, His silence isn’t as strong an argument as its supporters seem to think. For one thing, Christ was quite clear that He wasn’t here to undo the Old Testament law in any way, meaning that the argument from silence speaks against any sexually “inclusive” ethic.

However, the bigger point is that Jesus didn’t talk about a lot of things. When Christ addressed His audiences in Galilee and Judea, like any good speaker, He focused in on the important issues at hand. His hearers needed to understand their false view of the Messiah and true salvation; they didn’t need to hear that homosexuality was wrong. First century Jews knew that it was contrary to God’s law, so He hardly needed to make that point again. To say that Christ’s silence on homosexuality was a tacit endorsement makes as little sense as saying the same about His silence on graven images. There’s no need to clarify what isn’t contested.

Later on, when Paul and the rest of the Apostles were reaching out to the Gentile world, they were more specific. We see in Romans 1 some of the most clear rejections of LGBTQ in the Bible, and in I Timothy 1 Paul lists homosexuality alongside enslaving among the most egregious sins. Right at the end of the Bible, we find a similar list in Revelation 21 where the “sexually immoral” are among those most noted. And, in keeping with the grace of Christ to all sinners, in I Corinthians 6, Paul speaks of the members of his church as having left behind a host of sins, sins including homosexuality.

The Bible only sounds silent on sexual ethics if you’re listening to the wrong thing. God’s word is filled with allusions to the way we are to live our sexual lives, but it focuses more on “Thou shalt” than “Thou Shalt Not.”

Think of it like this. I have four sons. One day, they will be men and will have far greater physical power and likely greater social power than the women around them. Were they to wish it so, they could use these things in an abusive and domineering way. Even though I find such behavior repellent, I have rarely ever told them, “Don’t hit women.” Does this mean that this isn’t a priority for me for their lives? Of course not! Instead, I guide them in the way they should go by demonstrating in word and deed the right path by the way I treat their mother. They will learn better how to live by seeing what to do than hearing what not to do.

In the same way, God doesn’t focus on the ways to do things wrong as much as ways to do them right. Male and female, He has made us, and He has made us in this way for His glory and our joy. From Creation through the Fall and the present restoring age, God has given us sexual union between man and woman as the fundamental relationship of our temporal existence. It is how we come to be, and how we join in the grand story of humanity in an intimate way. Even more importantly, we learn of God’s great love for us in the dynamics of a husband’s love for his wife. The dominating metaphor in God’s Word for His relationship to His people is that of a marriage. The Bible goes from Adam and Eve’s wedding day to Christ and His Bride’s.