The Bible Is a Story - BreakPoint
Join us in helping to equip and renew the Church with a Christian worldview by giving before our fiscal-year ends!
Skip to content 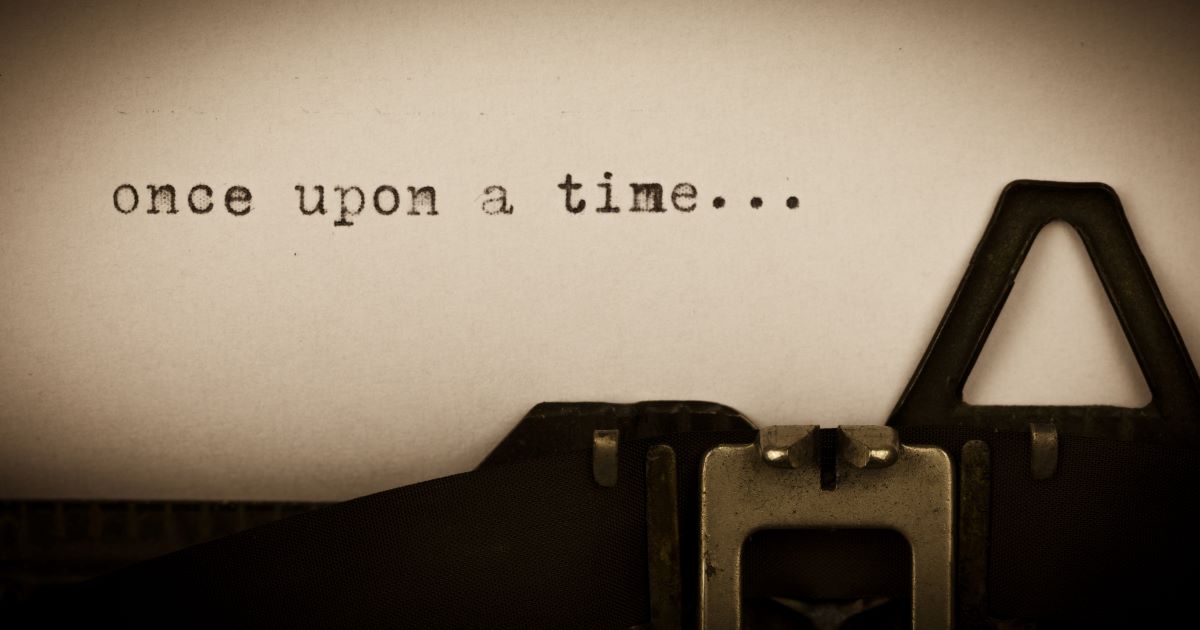 
The Bible Is a Story

Can you list any of the manufacturing differences between a Nike shoe and its competitors? Probably not. But if you are a certain age, you probably have the Charles Barkley vs. Godzilla television commercial by Nike indelibly stamped on your long-term memory. And that’s just one example of the explosion of storytelling in America.

Economists are busy “documenting the increasing variety and quality of all forms of story-based media.” Factual recitations of product features are out. Marketers know that if you want to sell something, wrap it in a story.

This is nothing new, of course. We’ve been telling stories to each other around the campfire or in our homes for millennia—whether the subject is Homer’s Odyssey or the primeval narratives from Genesis. Stories are not mere entertainment. They shape the way we see the world. They also shape us.

Human beings, you see, are hard-wired to respond to stories. Researchers know that the “love hormone,” Oxytocin, is released when we hear a story that resonates. This increases our levels of trust, compassion, empathy, and pro-social behavior. But that’s just the beginning.

Neuroscientists have discovered that storytelling also ignites neural coupling. Medium.com says that “when listening to a well-told story, the exact same areas of the brain light up on an MRI in both the storyteller and listener. Your brain, as the listener, mirrors the brain of the storyteller.”

“In other words, when you hear a well-told story, your brain reacts as if you are experiencing it yourself.”

So it’s little wonder that Jesus, the living Word, communicated so often via stories. Instead of a lengthy treatise on the priceless worth of God’s kingdom, he told us a parable in one verse about a man who joyfully sells everything he has to acquire a field containing a hidden treasure. Instead of a dissertation on divine love, He described a Father who gave His only Son that we might live.

Given all this, why do His followers so often present God’s written Word, the Bible, as a dry, academic textbook full of important but ultimately uninspiring and disconnected facts? Why are we so lax in taking it up? Perhaps it’s because we’ve forgotten that the Bible—written over hundreds of years and comprised of many different literary genres—is itself a story. In fact, it is the Story.

Given all this, why do His followers so often present God’s written Word, the Bible, as a dry, academic textbook full of important but ultimately uninspiring and disconnected facts? Why are we so lax in taking it up? Perhaps it’s because we’ve forgotten that the Bible—written over hundreds of years and comprised of many different literary genres—is itself a story. In fact, it is the Story.

Apologist and author Gregory Koukl calls it The Story of Reality. Even more, he says, it offers a worldview that answers the four big questions of life: where everything came from, what went wrong, how to fix what went wrong, and what the world will look like when the solution takes hold. In Christian terms, these four elements are Creation, Fall, Redemption, and Restoration.

This story stands in stark contrast to the current secular narrative that leaves out God and places us in a random, purposeless universe. As Lesslie Newbigin noted, “These are two different and incompatible stories.”

God’s story assures us that we have not been set adrift in a cold, uncaring cosmos. Our lives matter. While believers still struggle, hurt, and die in this fallen creation, we know that a sovereign God always has His eye on us and ultimately will bring us safely home. Our sufferings are hallowed by those of Christ, who went before us as the Man of Sorrows. Our very existence has meaning. Each of us has a unique role in God’s grand story of redemption. His story (credibly called “the greatest story ever told”) is our story, too.

God’s story, from Genesis to Revelation, is about Jesus—the King promised (Old Testament) and the King revealed (New Testament). As the late J.I. Packer once observed, “The traveler through the Bible landscape misses his way as soon as he loses sight of the hill called Calvary.”

His story of self-sacrificing love has launched a thousand creative echoes—everything from A Tale of Two Cities to Star Trek II: The Wrath of Khan. We need to recapture this kind of adventurous storytelling. We have many models. “Already the new men are dotted here and there all over the earth,” C.S. Lewis wrote. “…I strongly suspect … that they recognise one another immediately and infallibly, across every barrier of colour, sex, class, age, and even of creeds. In that way, to become holy is rather like joining a secret society. To put it at the very lowest, it must be great fun.”

When was the last time you heard God’s story—and our roles in it—described as fun? Of course, the Bible is fun, but it isn’t merely fun. It is much, much more. As Lewis said of his friend J.R.R. Tolkien’s The Fellowship of the Ring, “… here are beauties which pierce like swords or burn like cold iron; here is a book that will break your heart.” When was the last time we closed our Bibles, or walked out of church, pierced by beauty, our hearts broken?

Let us give people not mere facts, or theology, or encouragements to be good. Let’s give them God’s story, and show them how they fit in. A story, of course, has several distinct elements: setting, character, plot (involving an introduction, rising action, a climax, falling action, and a resolution), plus conflict and a theme. God’s Word has all that, and there are many resources to help us present it as a story, including my book, God’s Story in 66 Verses. It’s a story much bigger than Godzilla.

But to start, let’s keep it simple. God’s story, from Genesis to Revelation, is about Jesus—the King promised (Old Testament) and the King revealed (New Testament). As the late J.I. Packer once observed, “The traveler through the Bible landscape misses his way as soon as he loses sight of the hill called Calvary.”

Stan Guthrie is the author of God’s Story in 66 Verses. His latest book is Victorious: Corrie ten Boom and The Hiding Place.