The Story of St. Patrick's Day - A Man of Towering Faith - BreakPoint
Join us in helping to equip and renew the Church with a Christian worldview by giving before our fiscal-year ends!
Skip to content 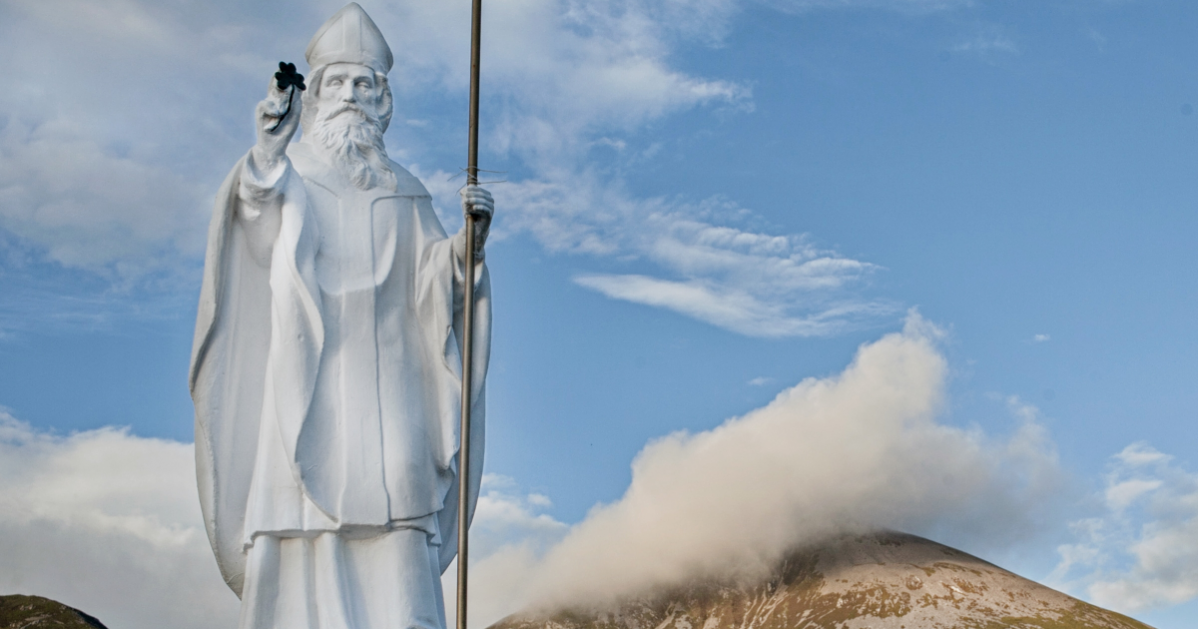 
The Story of St. Patrick

A Man of Towering Faith

Boston, like several other cities, has decided to cancel its famous St. Patrick’s Day Parade. Boston’s mayor said that the decision was made “out of an abundance of caution” to help contain the coronavirus and to protect the city’s residents.

Now, if you’re among the thousands of disappointed would-be parade goers and marchers: Learn about Patrick the man. Not the man of legend, who supposedly drove the snakes out of Ireland, but about the man of indomitable faith in Jesus Christ.

Patrick was born in Roman Britain to a middle-class family in about A.D. 390. When Patrick was a teenager, marauding Irish raiders attacked his home. Patrick was captured, taken to Ireland, and sold to an Irish king, who put him to work as a shepherd.

In his excellent book, “How the Irish Saved Civilization,” Thomas Cahill describes the life Patrick lived. Cahill writes, “The work of such slave-shepherds was bitterly isolated, months at a time spent alone in the hills.”

Patrick had been raised in a Christian home, but he didn’t really believe in God. But now—hungry, lonely, frightened, and bitterly cold—Patrick began seeking out a relationship with his heavenly Father. As he wrote in his Confessions, “I would pray constantly during the daylight hours” and “the love of God . . . surrounded me more and more.”

Six years after his capture, God spoke to Patrick in a dream, saying, “Your hungers are rewarded. You are going home. Look—your ship is ready.”

What a startling command! If he obeyed, Patrick would become a fugitive slave, constantly in danger of capture and punishment. But he did obey—and God protected him. The young slave walked nearly two hundred miles to the Irish coast. There he boarded a waiting ship and traveled back to Britain and his family.

But, as you might expect, Patrick was a different person now, and the restless young man could not settle back into his old life. Eventually, Patrick recognized that God was calling him to enter a monastery. In time, he was ordained as a priest, then as a bishop.

Finally—thirty years after God had led Patrick away from Ireland—He called him back to the Emerald Isle as a missionary.

The Irish of the fifth century were a pagan, violent, and barbaric people. Human sacrifice was commonplace. Patrick understood the danger and wrote: “I am ready to be murdered, betrayed, enslaved—whatever may come my way.”

Cahill notes that Patrick’s love for the Irish “shines through his writings . . . He [worried] constantly for his people, not just for their spiritual but for their physical welfare.”

Through Patrick, God converted thousands. Cahill writes, “Only this former slave had the right instincts to impart to the Irish a New Story, one that made sense of all their old stories and brought them a peace they had never known before.” Because of Patrick, a warrior people “lay down the swords of battle, flung away the knives of sacrifice, and cast away the chains of slavery.”

As it is with many Christian holidays, Saint Patrick’s Day has lost much of its original meaning. Instead of settling for parades, cardboard leprechauns, and “the wearing of the green,” we ought to recover our Christian heritage, celebrate the great evangelist, and teach our kids about this Christian hero.

That was Chuck Colson from back in 2006. To learn more about St. Patrick, check out today’s BreakPoint Podcast. Shane Morris interviews T. M. Moore, a former colleague of Chuck’s and the author of “Celtic Flame: The Burden of St. Patrick.” And tomorrow and Wednesday only, Fathom Events is showing a brand-new movie starring John Rhys-Davies called “I Am Patrick.”

What St. Patrick & the Celtic Revival Mean for Us Today

Celtic Flame: The Burden of Patrick