There Are No Egalitarians When the Dog Attacks - Breakpoint
Help make a bigger worldview possible for Christians around the globe with a year-end gift!
Skip to content 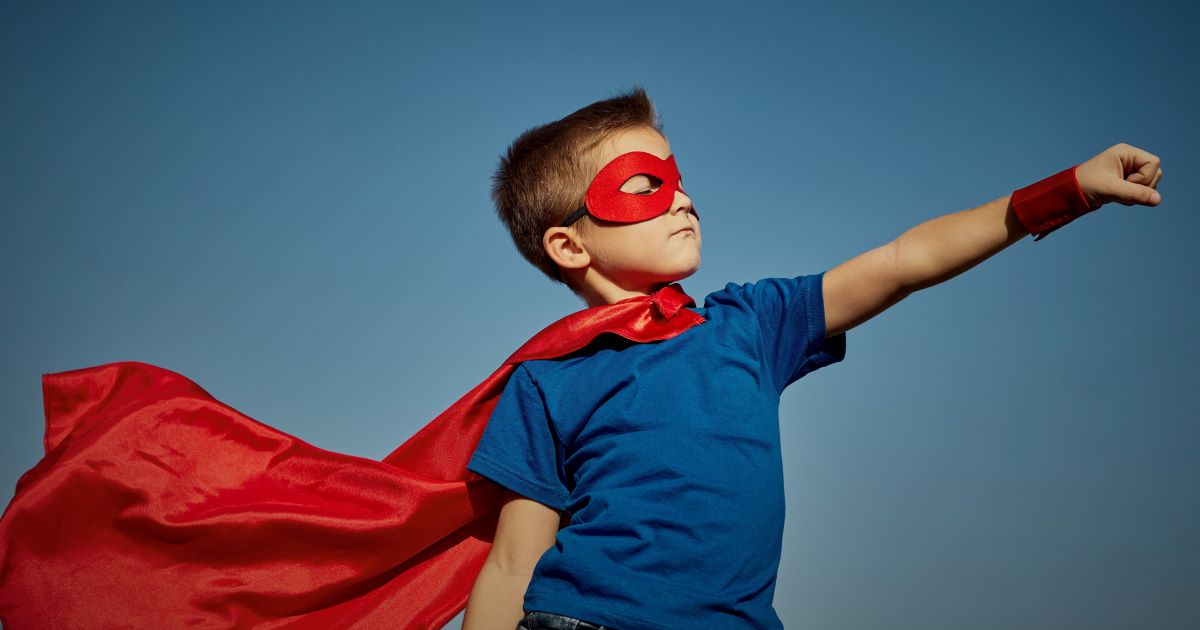 
There Are No Egalitarians When the Dog Attacks

On my drive home from a men’s Bible study on Tuesday night, my five-year-old son Elijah (who always accompanies me to give his mom a break) announced, “I just love fighting. I love swords. I like to kill the bad guys.” His declaration followed weeks of donning whatever makeshift armor lay close at hand and taking up weapons ranging from brooms to vacuum cleaner parts (His trusty shield is always filched from among our kitchen pot lids).

Many parents, confronted with such a warlike whelp, might try to pacify him. Our society has progressed beyond the days when boys’ toy aisles stocked cap guns and claymores. Heck, we’ve progressed beyond the days of boys’ toy aisles. But a story I’d seen earlier that day prompted me not only to affirm my son’s martial spirit, but to charge him to keep his broom sharp.

Bridger Walker, a six-year-old Wyoming boy, was the subject of that story. This little warrior knows better than many males my age what masculinity means. According to an Instagram post published by his aunt, Bridger leapt in front of a charging dog to save his 4-year-old sister.

The photographs of the aftermath are difficult to stomach. CNN reports that Bridger underwent a two-hour surgery that required more than ninety stiches to restore the left side of his face. His sister was unharmed. The picture of the two together afterward brought me to tears. I can only imagine the sort of relationship they will have for the rest of their lives.

When his father asked him why he threw himself between the dog and his sister, Bridger reportedly answered, “If someone had to die, I thought it should be me.”

Boys and girls, we are told, are interchangeable—literally—as are men and women. And should anyone suggest that boys ought to train for a different mission than girls—that their natural qualities lend themselves to the roles of protector, provider, leader, or lord—charges of sexism and antiquated prejudice will surely follow.

Recounting this story on the ride home, I told my son that God gave him his fighting instincts for a purpose. I told him that he was made for battle—that his strong arms, keen eye, and stout heart were crafted by God to beat back evil and defend the weak. I told him that we need men (and boys) trained for combat in a world full of vicious dogs – literal and figurative. I reminded him of what Peter did in “The Lion, the Witch, and the Wardrobe,” when Jadis’ lupine captain came snarling after the Pevensie sisters (we read that last year). I told him that his Exemplar and mine is both Prince of Peace and Man of War who died to save His Bride.

No one who has spent any time around boys will accuse me of imposing stereotypes on my son. Visiting the kitchen armory comes as naturally to him as the explosion sound-effects he’s mastered while sending his toys into battle. Yet we live in a time when recognizing the innate qualities of budding masculinity elicits howls of protest. Boys and girls, we are told, are interchangeable—literally—as are men and women. And should anyone suggest that boys ought to train for a different mission than girls—that their natural qualities lend themselves to the roles of protector, provider, leader, or lord—charges of sexism and antiquated prejudice will surely follow.

But just as there are no atheists in the foxhole, I suspect there are no gender egalitarians when the dog attacks. Imagine for a moment if Bridger had fled the charging dog and it had wounded or killed his sister. Certainly, no one would blame a young child for this kind of self-preservation. But something in the outpouring of admiration following Bridger’s real-life decision to stand his ground tells me people recognize in it something higher—something archetypally masculine in his actions that transcends his tender years. Even had an older sister shielded her young brother from danger, it likely would not have inspired comparisons to superheroes, despite the diverse casts of modern comic book movies.

Women and children should take priority, and the strong are made to sacrifice themselves for the weak. Whether because Christianity haunts our imaginations or because something of Eden stirs in our memories when peril or predator targets the vulnerable, we know that not all play the same role, here.

Why do our hearts sing for Bridger and our eyes well up when he says that “if someone had to die, I thought it should be me” if not because we agree? His words resonate for the same reason that even the staunchest exponents of gender parity grimace when men sneak themselves onto crowded life boats leaving the Titanic.

Women and children should take priority, and the strong are made to sacrifice themselves for the weak. Whether because Christianity haunts our imaginations or because something of Eden stirs in our memories when peril or predator targets the vulnerable, we know that not all play the same role, here. And however diligently we deny this when circumstances are placid, the truth comes roaring in like cold Atlantic water when disaster strikes.

Back when Hurricane Harvey hit Texas, a photo emerged of a burly Houston police officer named Daryl Hudeck hefting a woman named Catherine Pham through knee-deep flood waters along the interstate. In the picture—which like Bridger Walker’s story earned nationwide admiration—Pham cradles her 13-month-old son, who is asleep and apparently oblivious to the devastation around him.

Though this officer and flood victim likely never saw one another after the rescue, the image became for many a symbol and apologetic for created gender roles. The man, wading through the deluge, cradles the woman, who in turn soothes and shelters her baby. To the outrage of all our enlightened and modernized sensibilities, we see what’s happening in this photo as the very opposite of toxic.

Feminist dogma appears beside this picture, to appropriate a simile from Lewis, “as the half nauseous attractions of a raddled harlot would seem to a man who hears that his true beloved whom he has loved all his life and whom he had believed to be dead is alive and even now at his door.”

No, I am imposing nothing on my son. He picks up makeshift weapons not only to deal out death to the bad guys, but to protect something—someone—behind him which he does not yet fully understand. I suspect anyone who thinks I have an obligation to tame my little warrior would change their tune the moment danger came barking.