Weekly Review - Breakpoint
Give today to learn what it means to be a thoughtful Christian!
Skip to content 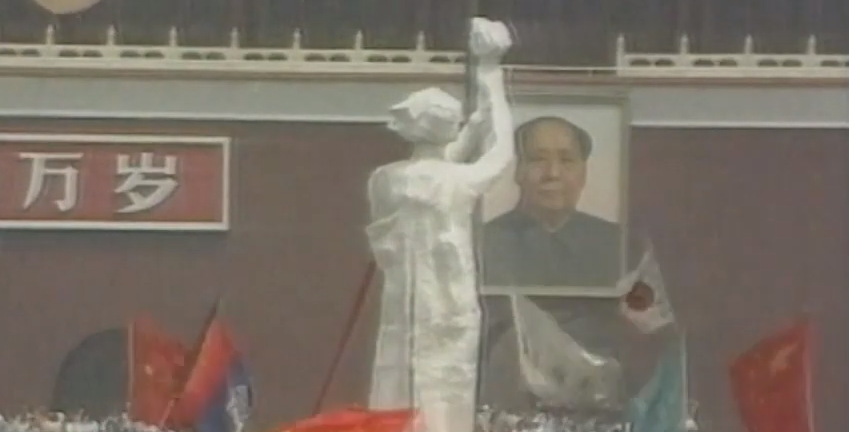 Running Toward, Not Away. One of the most common – and most insidious forms – of anti-Christian media bias is simply to ignore what churches and individual Christians are doing to “love their neighbors” and contribute to the flourishing of their communities. That’s why you may have not heard about the crisis-trained chaplains with the Billy Graham Rapid Response Team. They recently deployed to Jefferson City, Mo., following a destructive EF-3 tornado that impacted an area of approximately three square miles, damaging more than 150 structures. The twister was one of more than a dozen that tore through the state two weeks ago. The Billy Graham Rapid Response Team works in cooperation with Samaritan’s Purse, the Christian disaster relief organization. Together the two ministries will address the physical, emotional and spiritual needs of those who have been affected. “Many people have been devastated by this terrifying series of storms. Everything they owned and have worked for was gone in an instant,” said Josh Holland, assistant director of the Billy Graham Rapid Response Team. “We’ll offer the hope and love of Jesus Christ and a listening ear to those who had their world turned upside down. We’ll let them know that even in their darkest days, God loves them.” Georgia vs. Hollywood. Disney, Netflix, and WarnerMedia have increased pressure against the state of Georgia in retaliation for a law protecting unborn babies with detectable heartbeats. According to WORLD: “Disney CEO Bob Iger said it would be ‘very difficult’ to continue filming in Georgia if the state’s ‘heartbeat law’ takes effect.” He told Reuters, “I don’t see how it is practical for us to continue to shoot there.” Netflix Chief Content Officer Ted Sarandos issued a statement last week saying the company would “rethink our entire investment in Georgia.” WarnerMedia released a statement saying it would “reconsider” any new productions in Georgia. “It’s obviously an effort to intimidate Georgia and try to dissuade any other state from daring to restrict abortion,” said Albert Mohler, president of The Southern Baptist Theological Seminary on his podcast The Briefing. It will be interesting to see if they follow through on their threats, or if money will win. The reason Georgia has such a robust film industry is a tax credit that is among the most generous in the country. Pulling out of Georgia would cost the state thousands of jobs, but it would also likely cost the studios billions of dollars. Power of Prayer. Jeopardy! host Alex Trebek said prayer has made a difference in his fight against cancer. Three months ago, Trebek told the world that he had stage 4 pancreatic cancer. However, he vowed to fight and asked for prayer. He announced last week that his cancer is nearly in remission, a state he called “mind-boggling. Indeed, stage 4 pancreatic cancer is almost always fatal. Trebek said doctors told him “they hadn’t seen this kind of positive results in their memory.”  He added: “I’ve got a couple million people out there who have expressed their good thoughts, their positive energy directed toward me, and their prayers. I told the doctors, this has to be more than just the chemo, and they agreed it could very well be an important part of this … and I will never ever minimize the value of that.” Survey Says. A new Gallup poll reveals some interesting and often discouraging insights into the beliefs of Americans. The survey found that 50 percent of Americans believe abortion is morally wrong, while only 42 percent think it is morally acceptable. That’s a significant shift toward the pro-life position over the past decade. However, 52 percent think doctor-assisted suicide is morally acceptable, and 36 percent think pornography is OK. I commend the entire survey to you, as it asks questions about 21 current moral and ethical issues, including divorce, birth control, LGBT issues, and many more. Milestones. Alexander Solzhenitsyn delivered his famous commencement speech at Harvard this week (June 8) in 1978. “[T]ruth,” Solzhenitsyn said at the start, “eludes us if we do not concentrate our attention totally on its pursuit. But even while it eludes us, the illusion of knowing it still lingers and leads to many misunderstandings. Also, truth seldom is pleasant; it is almost invariably bitter.” That day, many in the audience booed him, but the speech has stood the test of time as a brilliant analysis of the West…. Ronald Reagan died 15 years ago tomorrow, on June 5, 2004…. This week is the 52nd anniversary of the 6-Day War. In that conflict, Israel took control of the Golan Heights (from Syria) and the Gaza Strip and Sinai Peninsula (from Egypt) and East Jerusalem (from Jordan) …. June 6 is the anniversary of D-Day. On Thursday President Trump will honor the 10,000 American servicemen and women buried at Normandy’s Omaha Beach…. This week is also the 30th anniversary of the Tiananmen Square massacre. WORLD’s Mindy Belz finds “many of its leaders [are] now laboring for Christ. Post-Tiananmen state regulations to rein in church growth have not dampened phenomenal increases—perhaps well over 100 million mainland Chinese are Christians today—and the current crackdown on believers could ultimately further strengthen their faith.”
Warren Cole Smith is the Vice-President of Mission Advancement for the Colson Center for Christian Worldview.
Image: YouTube