We’re All Mrs. Maisel Now, And It’s Not So Marvelous - BreakPoint
Learn how to make abortion unthinkable by giving your gift of any amount today!
Skip to content 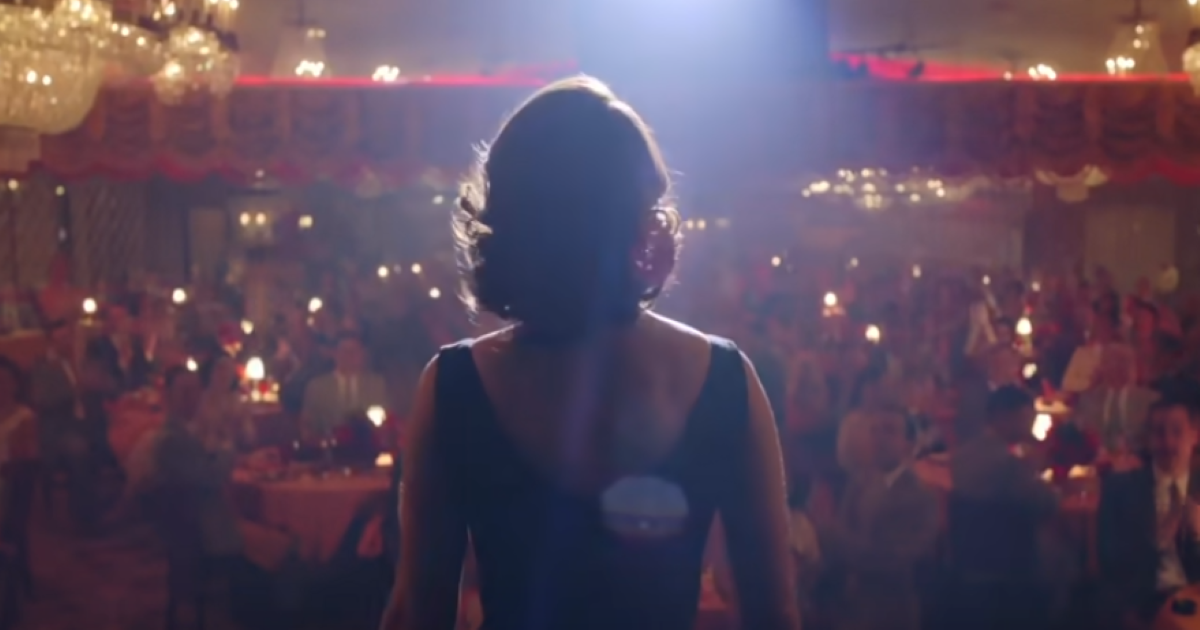 
We’re All Mrs. Maisel Now, And It’s Not So Marvelous

If you asked me last year what a post #MeToo half time show at the Super Bowl would look like, a pole-dancing Jennifer Lopez wouldn’t have been my first guess. But perhaps it should have been. You see, today’s sexual libertinism isn’t a bug, it’s a feature of Modernity. As Malcolm Muggeridge put it, “The orgasm has replaced the Cross as the focus of longing and the image of fulfillment.”

One television show that captures modern culture well is “The Marvelous Mrs. Maisel.” Even if you haven’t seen the show, stay with me, the show’s plot isn’t hard to summarize: A once married housewife finds freedom on the stage as she travels from one dive bar to another preforming stand-up comedy. She and her husband divorce, but the separation isn’t as tragic as it is transformative: “I am, for the first time in my life,” she says, “taking charge of my destiny, and Joel is taking charge of his.”

Ultimately, her cheating husband is as much a victim as she: both of whom were duped into aping the traditional sexual ethic of the 1950’s. As the 60’s dawn, she and Mr. Maisel find fulfillment outside of the home as they grab destiny by the microphone.

If you asked me last year what a post #MeToo half time show at the Super Bowl would look like, a pole-dancing Jennifer Lopez wouldn’t have been my first guess.

The hero of Mrs. Maisel is the controversial comic Lenny Bruce. His critics, those who see his vulgarity as the fruit of a rotten culture, are the show’s repressed villains. While watching the power his critics wield in the show, it’s easy to forget just how quickly the arguments against the sexual revolution became passé. Writing in 1970, William F. Buckley questions whether or not Bruce’s act could create the stir it did only a few years prior:

“I don’t think Lenny Bruce would be arrested today in New York, the movement having been in the direction of permissiveness in the past four or five years. The question really is: Do we—or do I, I guess—approve of the trend, and I’m not so sure that I do. A society that abandons all of its taboos abandons reverence.”

The irony of where Buckley wrote those words—Playboy—isn’t lost on me. “It’s the fastest way to communicate with my seventeen-year-old son,” he jokingly said of his collaboration with the magazine. His point is right, nonetheless. Taboos reflect not only what is deemed bad in a culture, but what, by way of contrast, is seen as true, good, and beautiful.

This is why I should have guessed pole-dancing wouldn’t go the way of Harvey Weinstein. Expression, sexual or otherwise, is that which our culture prizes above all else. In such a milieu, it is chastity that is now the taboo. As the “Church Curmudgeon” quipped on Twitter, “If they really want to shock and offend people, they should have the Gaithers do the halftime show next year.”

It’s time for the question to be asked – has the script provided to us by the sexual revolution made us happier and healthier? Pop-culture would have us believe so.

It’s time for the question to be asked – has the script provided to us by the sexual revolution made us happier and healthier? Pop-culture would have us believe so.

While set at a different time, Mrs. Maisel follows the rhythm set by the earlier Amy Sherman-Palladino project, “Gilmore Girls.” The witty Lorelai and Rory Gilmore are living their best lives: each deciding to raise a child alone, albeit with the financial support of show’s up-tightly traditional grandparents. That money goes a long way in allowing Sherman-Palladino to paint an unrealistically quaint ethos for her characters. If Stars Hollow were a trailer park in Tulsa, Gilmore Girls would be a tragedy.

Like Mrs. Maisel, the wealth and glamour surrounding the characters in the show gild the clearly sad plot with a façade of charm. The half-time show did the same thing. J-Lo may have pulled it off with a team of event planners and make-up artists, but I’m betting if you went into a strip club off the highway, the tragedy of a 50-year-old pole-dancer would become quickly evident.

Stanley Hauerwas makes the point that the modern idea of freedom—freedom from constraint, limitation, and nature—is leading to “lives of quiet desperate loneliness.” It’s not that freedom and expression are bad, it’s that they can’t be ultimate. In his wonderful book The Second Mountain, David Brooks makes just this point:

“The perfectly free life is the unattached and unremembered life. Freedom is not an ocean you want to swim in; it is a river you want to cross so that you can plant yourself on the other side.”

For all the talk about how bad the half-time show was—and it was—I haven’t heard much talk about what’s good. And that’s what’s so desperately needed today: a fresh vision of the true, good, and beautiful.

One of the greatest lies told us by the world, the flesh, and the devil is that the life of faith is the life of denial and self-deprivation. Certainly, there are times when God calls us to set aside our own desires and to embrace, instead, a path marked by suffering, but we must always remember that this is not the end of the path.

As C. S. Lewis reminds us, God’s complaint against us is not that we want too much but that we are satisfied with too little. The God who told our First Parents to turn aside from the Tree of Knowledge of Good and Evil, provided first for them a Garden filled with fruits of all kinds.

The same Savior who calls us to take up our cross and follow Him turned a few barrels of water into 120 gallons of the finest wine, not merely removed the sickness from the lame but restored them to full health, enough health to run and to dance. If we seek “the good” for our lives, let’s look to the One who created both all that is good and life itself.

Dustin Messer ministers at All Saints Dallas and teaches at Legacy Christian Academy in Frisco, TX.