What is Normal? - Breakpoint
Give today to learn what it means to be a thoughtful Christian!
Skip to content 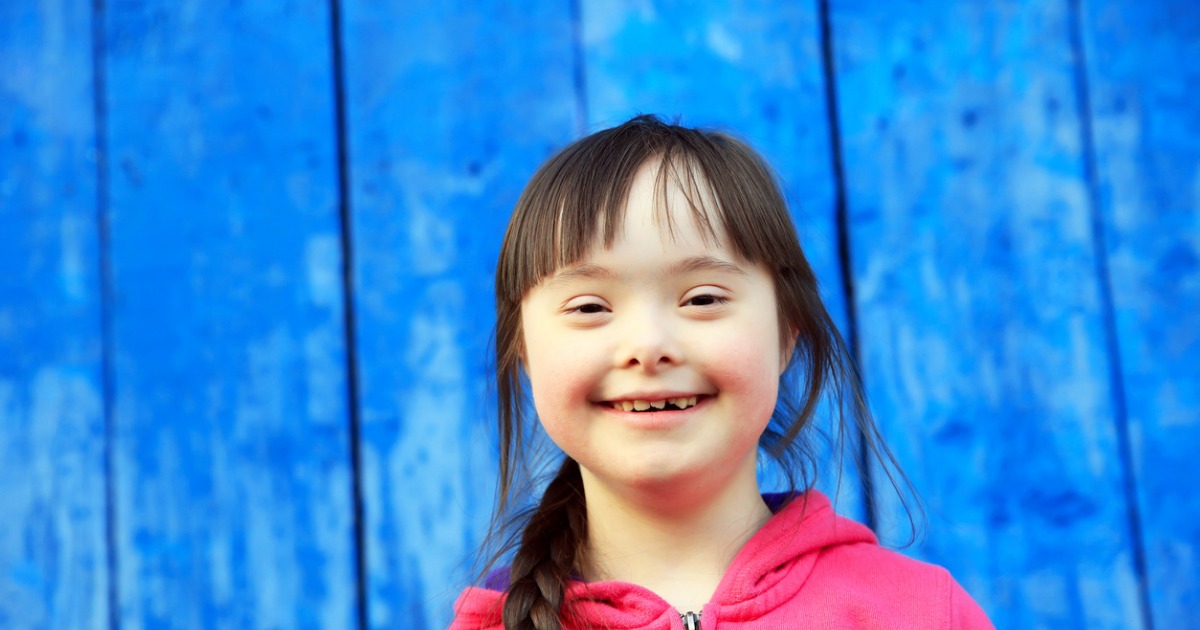 “Probably the most truly handicapped people on earth are those who imagine themselves free of any limitation–mentors for a new race of supermen.” – Steve Talbott, Devices of the Soul: Battling for Our Selves in the Age of Machines

Recently, while wandering through my local grocery, I turned the corner, heading up the cereal aisle. I had no more walked ten feet when I caught the attention of a stranger–a young man in his mid-twenties–walking toward me. Upon seeing me, his face lit up and a smile spread from ear to ear. I smiled in return, his pace quickened and he marched straight over to me and with a welcoming voice said, “Hello, how are you?” I stopped, we exchanged a few friendly words and then after a hardy “goodbye,” he moved on to greet the next person similarly.

Within a moment, an elderly couple followed, keeping an eye on the young man who, I quickly surmised was their son. The grinning mother said, “He’s very friendly!” I laughed, that was an understatement! I stood there silent for a moment, my spirit energized by this unusual and yet most human of encounters.

This young man was very different from me as I don’t normally greet the strangers I meet, each day, in such a friendly and familiar manner. His congenial nature was heartwarming and he seemed to have a sincere appreciation for other people simply because they were – well – people. This man was, simply stated, better than me. Oh, he was different; he had Down syndrome. But as a human being, he was still better than me.

He loved without reservation or condition; he did not judge others based on what they looked like or what they were wearing; he understood the gift of human touch and kindness and was ready to share this gift with everyone he could. He was not the least bit self-conscious much less self-absorbed. There was no guile in this man. He was far closer to innocence than those of us who are, so-called, “normal.”

Secular society still seeks to uphold human dignity, however set adrift from its religious moorings there follows a serious crisis in the structure of society's beliefs and its ability to uphold an equitable and true basis for human dignity. Under the new scheme, human dignity seems to inevitably rest on a comparative basis.

In many parts of Europe, including the United Kingdom, 90 percent of pregnant women choose to terminate the pregnancy upon receiving a prenatal Down syndrome diagnosis. In the United States, prenatal testing for Down syndrome is not as widespread as it is in Europe. Nonetheless about three-quarters of women terminate the pregnancy. Overall, data suggest that the number of Down syndrome births in the U.S. would be about one-third times higher today if it weren’t for prenatal testing.

There is a subtle and sinister shift underway in our culture that is redefining the basis of human dignity and what it means to be human. The Judeo-Christian basis for human dignity rests on the belief that since all men are created by and equidistant from God they are therefore of equal worth before God. Gilbert Meilaender, the Duesenberg Chair in Theological Ethics at Valparaiso University adds, “We are equal to each other, whatever our distinctions in excellence of various sorts, precisely because none of us is the ‘maker’ of another one of us. We have all received our life—equally—as a gift from the Creator.”

Meilaender points out that this comparative basis does not see human dignity as a democratic idea equally applied to all but rather “it directs us to speak in terms of worthiness, honor, and nobility: In all its meanings it is a term of distinction. … In principle, it is aristocratic.” While there is no doubt that some excel above others in areas of performance and potential, these are distinctions of human excellence not human dignity. Under the comparative basis, full dignity depends on the extent to which one realizes [or is able to realize] their potential for human excellence. The biblical basis is non-comparative and egalitarian.

This brings us back to those infants diagnosed prenatally with Down syndrome. Using the comparative basis for human dignity; those with Down syndrome are obviously limited in their ability to achieve excellence in some areas of performance and potential. The result? These children are not afforded full human dignity and thus the decision to terminate their lives is justified.

Using the biblical basis for human dignity, human slavery could be both opposed and successfully abolished on reasonable grounds. Conversely, using the secular basis for human dignity, abortion on demand became accepted and codified and the “imperfect” are being denied their right to life, and soon the aged and infirm will be put to death when their potential for human “excellence” has diminished.

You may be tempted to think that this is all very philosophical and has little to do with you personally. Not true. If you are a follower of Christ, then there is the matter of truth, which you and I are bound to assert and defend. The truth revealed to us in Scripture gives us insight into what it means to be human—a creation of God for God.

Knowing this we can then assert and demonstrate an egalitarian basis for life and human dignity that affords proper care and consideration to all human beings including those with disabilities, either congenital or otherwise. On a practical note, if these comparative distinctions become the consensus then you yourself may become the victim of such thinking when you grow old and your “potential” is exhausted.

Finally, Meileander offers this, “In a speech of 1858, Abraham Lincoln, while granting many human inequalities, also captured something of the problem we have with an inegalitarian concept of dignity: ‘I have said that I do not understand the Declaration of Independence to mean that all men were created equal in all respects…. But I suppose that it does mean to declare that all men are equal in some respects; they are equal in their right to life, liberty, and the pursuit of happiness.’” Lincoln went on to acknowledge that many may think the black man inferior, when speaking comparatively in 1858, however, in defiance of the prevailing culture he rejected this basis saying, “He is the equal of every other man, white or black!”

Using the biblical basis for human dignity, human slavery could be both opposed and successfully abolished on reasonable grounds. Conversely, using the secular basis for human dignity, abortion on demand became accepted and codified and the “imperfect” are being denied their right to life, and soon the aged and infirmed will be put to death when their potential for human “excellence” has diminished.

My life was enriched by my encounter with this young man with Down syndrome. My life has also been made much better and far richer with the birth of my precious daughter, Madeleine who was born twenty years ago with Moebius syndrome, a rare neurological disorder that renders her face paralyzed, her sight and speech affected. As her father, I challenge anyone to lessen her human dignity; as a follower of Christ, I will assert and defend the truth of human dignity whenever and wherever I can.

S. Michael Craven is the Director for the Colson Fellows Program with the Colson Center for Christian Worldview