What Really Happened in Plymouth? - Breakpoint
What makes the Church essential? Click here to learn more.
Skip to content 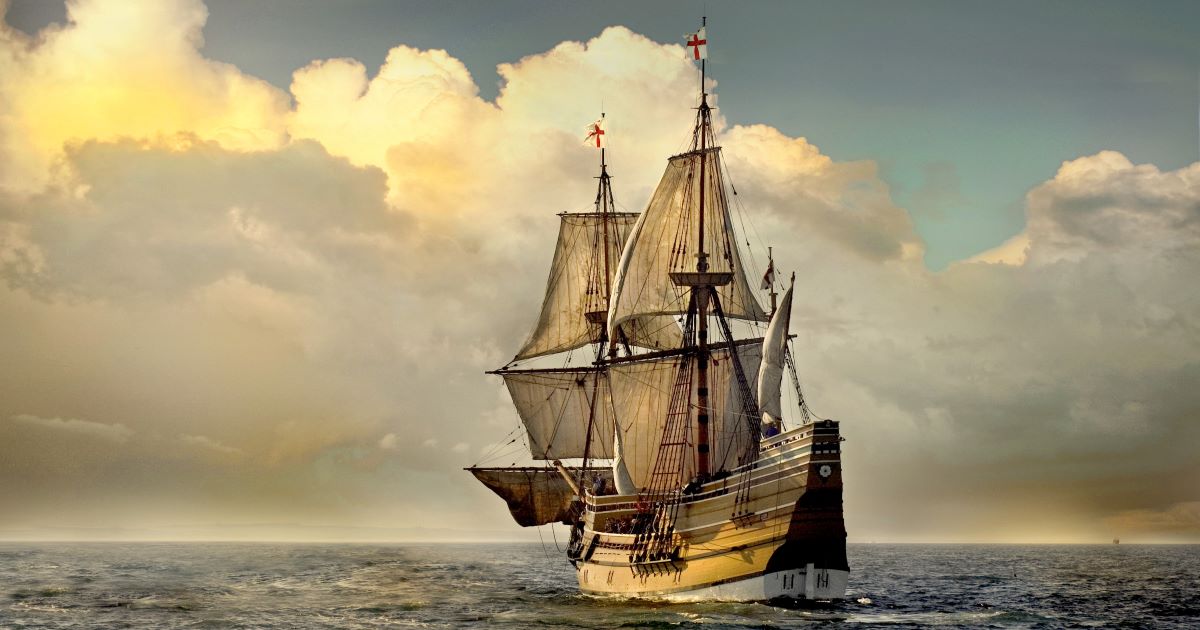 
What Really Happened in Plymouth?

Like everything else it seems, American history is being weaponized in our political and cultural wars, with both sides often playing fast and loose with the facts and adopting interpretations intended to score political points rather than to come to a deeper understanding of our past.

We see this in revisionist attempts to reinterpret the first Thanksgiving as a triumph of capitalism in the Plymouth Colony on the right (it wasn’t; the chronology is wrong); on the left, it is seen as a celebration of genocide against the Native Americans, citing the Mystic Massacre in the Pequot War despite that occurring sixteen years after the celebration in Plymouth and ignoring the context of the war.

Neither is an accurate representation of what occurred in Plymouth in the fall of 1621.

Some background on the Pilgrims

The Pilgrims were English Separatists who believed that congregations should be independent, voluntary, democratic institutions rather than part of the Church of England. They organized a church around 1605 in Scrooby in the north of England, but since the Act of Uniformity of 1559 mandated that everyone had to worship in Anglican churches, they decided to leave England for the more tolerant Dutch Republic in 1607/08.

Life in the Netherlands proved difficult for a variety of economic and cultural reasons. Some ran out of money and had to return to England, and without further immigration from England, the congregation was in danger of collapsing. Further, the Pilgrims were unhappy with the libertinism they saw in Dutch culture and were worried that their children were growing up more Dutch than English.

After much discussion, they decided to try to establish a colony where they could worship and raise their families as they saw fit and where they could spread the Gospel. After some discussion and negotiation, in 1619 they received a patent to establish a colony in New England, north of the Virginia colony, and so the Pilgrims and other colonists set sail together on the Mayflower in September 1620.

Like everything else it seems, American history is being weaponized in our political and cultural wars, with both sides often playing fast and loose with the facts and adopting interpretations intended to score political points rather than to come to a deeper understanding of our past.

At this point, there were 102 passengers, about half coming from Leiden. Only 28 were members of the congregation. The Pilgrims debated whether it was safe to bring their wives. Most decided to do so, and so there were 13 adult women on board, three of them in their third trimester, along with some younger women and children. One baby was born on the voyage and named was Oceanus.

After a difficult journey, the Mayflower arrived in America in November. A landing party was sent to explore the land. They found artificial mounds which they excavated and discovered to be burial sites. In some, they found corn, which they took for planting before reburying the remains. They also found corn and beans in empty Native American homes, some of which they also took and paid for six months later when they met the owners.

Earlier English expeditions to the region had captured Native Americans and sold them as slaves or slaughtered them on their ships. Perhaps for this reason or because of the desecration of the graves, a Pilgrim landing party was attacked in December, though the colonists drove off the attackers.

Later that month, they found a harbor at a place labeled “Plymouth” on their charts and decided to winter there. The men went ashore to build houses, the first of which was used as a hospital. When spring came, only 47 of the colonists were still alive, and only 5 of the married women. One of them would die in May of a broken heart after her husband died.

Although much European contact with Native Americans featured disease, genocide, prejudice, and abuse, it wasn’t always that way. Rather than falsely maligning that first Thanksgiving, we should look it as a model of how things should have been and by God’s grace one day will be.

The Wampanoags and the First Thanksgiving

The Plymouth colony only survived because of help from the Native Americans. The first contact came from Samoset, a minor chief from Maine who had learned English from English fishermen who had set up a camp near his tribe. He approached the Pilgrims and put them at ease by speaking their language and asking for beer.

He then introduced them to Tisquantum, better known as Squanto. Squanto had been enslaved by English raiders but eventually was freed, became a Christian, and returned to his homeland. Unfortunately, his tribe, the Patuxets, were wiped out by an epidemic, possibly smallpox or leptospirosis. The Plymouth colony was on their lands.

Squanto, in turn, acted as a translator and mediator between the Pilgrims and Massasoit, the chief of the Wampanoag tribe. Massasoit established friendly relations with the Pilgrims, and together with Squanto taught them how to farm the “Three Sisters”—corn, beans, and squash. With their help, the remaining Pilgrims survived and had a successful harvest that fall.

The Pilgrims decided to hold a harvest festival, probably around Michaelmas (September 29) 1621, the traditional date for such things in England. Massasoit and members of his tribe joined them. In all, there were about 50 English and 90 Wampanoags. The four surviving wives together with children and servants prepared and served the food over the three-day celebration.

This story has been challenged by people who view all relations between European colonists and native peoples in terms of war, genocide, and exploitation. They say this story is romantic nonsense, and that there is no evidence it happened.

But they are wrong: we have two accounts written by people who were at the festival that prove that the story of the first Thanksgiving is anything but a myth.

Although much European contact with Native Americans featured disease, genocide, prejudice, and abuse, it wasn’t always that way. Rather than falsely maligning that first Thanksgiving, we should look it as a model of how things should have been and by God’s grace one day will be.