Anderson Cooper and the New Normal - BreakPoint
Join us in helping to equip and renew the Church with a Christian worldview by giving before our fiscal-year ends!
Skip to content 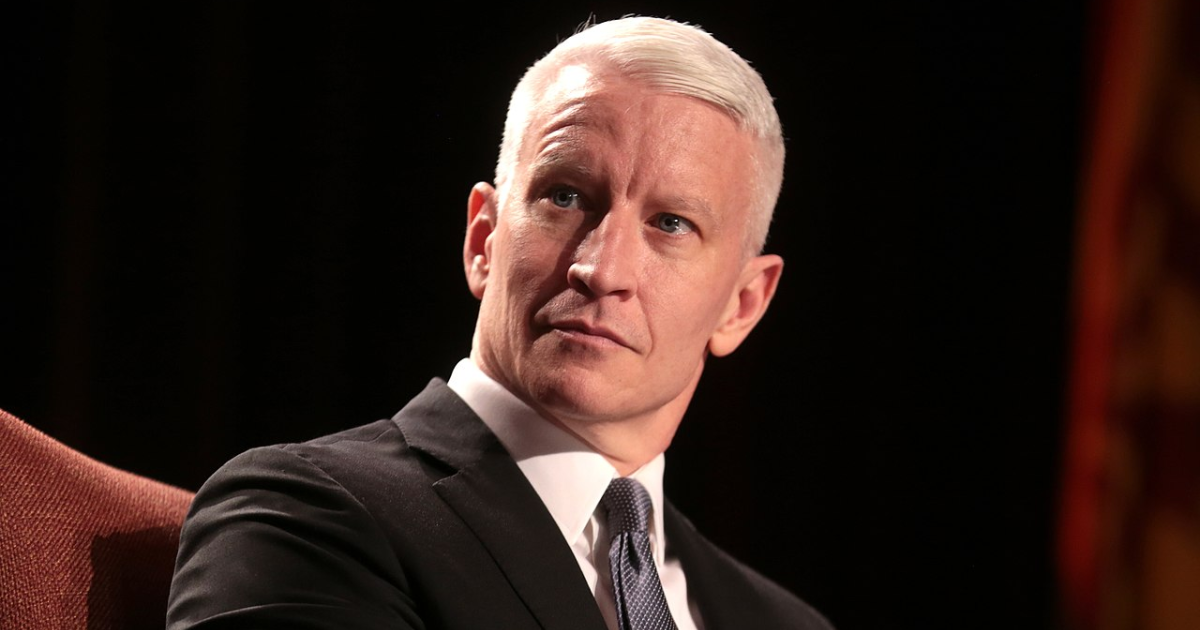 
Anderson Cooper and the New Normal

Why Surrogacy Is Oppression

A couple of weeks ago, a woman had a baby. Childbirth, of course, happens tens of thousands of times a day in the United States, but this baby was a product.

A couple paid a doctor and an agency to secure the child. The mom’s relationship with the child is governed not by biology, but by contract, one with clauses and exceptions and conditions. A man who made no genetic contribution is being called the child’s other “father,” along with Anderson Cooper, a major media celebrity, which is why this baby’s birth made national headlines.

Cooper is a homosexual man. He and his now-ex partner hired a woman to be a surrogate, a practice increasingly common in the U.S. The headlines announcing the couple’s acquisition were universally fawning, as if this story carried none of the extraordinary details listed above at all: “Anderson Cooper talks first weekend as new Dad;” “Anderson Cooper announces birth of his son; urges people to hold on to ‘moments of joy.’”

None of these articles, in fact not a single one that I could find in any major publication anywhere, even hinted that there might be any ethical concerns with Cooper’s purchase. In fact, when author Joyce Carol Oates mentioned on Twitter – after explicitly congratulating Cooper, by the way – that she found it curious the news coverage never mentioned Cooper’s hired surrogate at all, she was excoriated.

The speed at which our culture is able to normalize a behavior thought just yesterday to be somewhere between questionable to unthinkable is stunning. To not mention any shred of ethical hesitancy around the decision to purchase procreation, particularly by a couple who chose an intentionally sterile union in the first place, is one thing.

To gush over the doting dads as if the way this whole thing happened is quite unremarkable? Well, that’s something else entirely. After all, culture is often most powerful in our lives where it makes the least amount of commotion. When something is no longer considered debatable, and is instead assumed, it’s been normalized.

This story demonstrates that commercial surrogacy, including cases in which the child is intentionally deprived of its mother, is now fully normal.

We’ve repeatedly pointed out the many ethical problems with surrogacy on BreakPoint: it assumes “children” are a right that God never promised; it assumes a Gnostic view of human bodies and relationships; it denies children the opportunity to be raised by their biological mom and a dad; it treats children as products instead of image-bearers; it poses a significant risk for women to be exploited financially.

We’ve also talked about the disastrous consequences of the sexual revolution, especially how it has divorced sex, marriage, and procreation and devalues other human beings for how they can serve our own sexual desires.

Here, in this story, we have a new chapter of this: Two men who choose a sexual relationship that doesn’t include a uterus still consider themselves entitled to the products of a uterus. And so, they hire a uterus, not really the whole woman. After all, their decision makes the woman a mom, but they don’t want that part of her. They only want the part that will allow them what they want.

We see the world through the stories we tell ourselves, and each reporter who told this story tacitly agreed that Cooper and his partner were the good guys. As Joyce Carol Oates quickly discovered when she asked why the baby’s mom should be left unnamed, the protagonist role was already taken, and it would be awkward to cast the hired help as the antagonist. So, they just didn’t mention her at all. That was probably what was specified in the contract anyway.

But what about her? Was she, as most women who agree to surrogacy tend to be, lower-income? Was the financial pressure simply too great to not be attracted by the payday?

Perhaps the strangest part of the growing cultural acceptance is how surrogacy is so often championed by the Progressive Left, especially as it has increasingly served the cause of same-sex marriage. Yet, it violates almost every central tenet of the worldview they claim.

After all, if anything is “capitalism run amok,” it’s commercial surrogacy. Is there a more disgusting display of greed than the rich paying the poor for their babies? And, surrogacy exploits the vulnerable. It robs women of their bodily autonomy, especially when contract clauses commit them to reproductive decisions, including abortion. Increasingly, surrogacy is about two wealthy men using a woman for her body, while appropriating a role that only she can fulfill.

Surrogacy is also the final chapter of a culture that prioritizes adult happiness over children’s rights, in this case by offering a service only the very wealthy can afford. Surrogacy denies that children have rights to their mother and father, and that a mother has a right to her own child. Like transgenderism, surrogacy denies biological realities, in this case the miraculous bonds, both physical and emotional, that connects mothers with their children. Surrogacy serves money, and makes winners and losers. The losers are always women and children. The winners are always those with big bank accounts.

If there were a segment of culture that should rebuke surrogacy but often doesn’t, it would be the Progressive Left, which fancies itself the champion of the vulnerable, the poor, and of women. Some do, in particular feminists who see the potential for exploitation.

If there were another segment of culture that should rebuke surrogacy but often doesn’t, even more so in fact, it would be Christians. Some do, but too many don’t, mostly because their worldview analysis stops at what’s normal, rather than what’s right.

Behind Anderson Cooper’s money and these headlines is this baby’s mom. No matter what we tell ourselves about how willing she was or how better off she is now, she is harmed and so is her son – who somehow knew from the moment he was born to look for her. Unfortunately, he won’t find her. Shame on us.

Women Are More Than Wombs

The Sexual Revolution and Its Victims