Christ Shall Have Dominion - Breakpoint
How can we respond to those around us with truth and love? Give today to receive this month's featured resource.
Skip to content 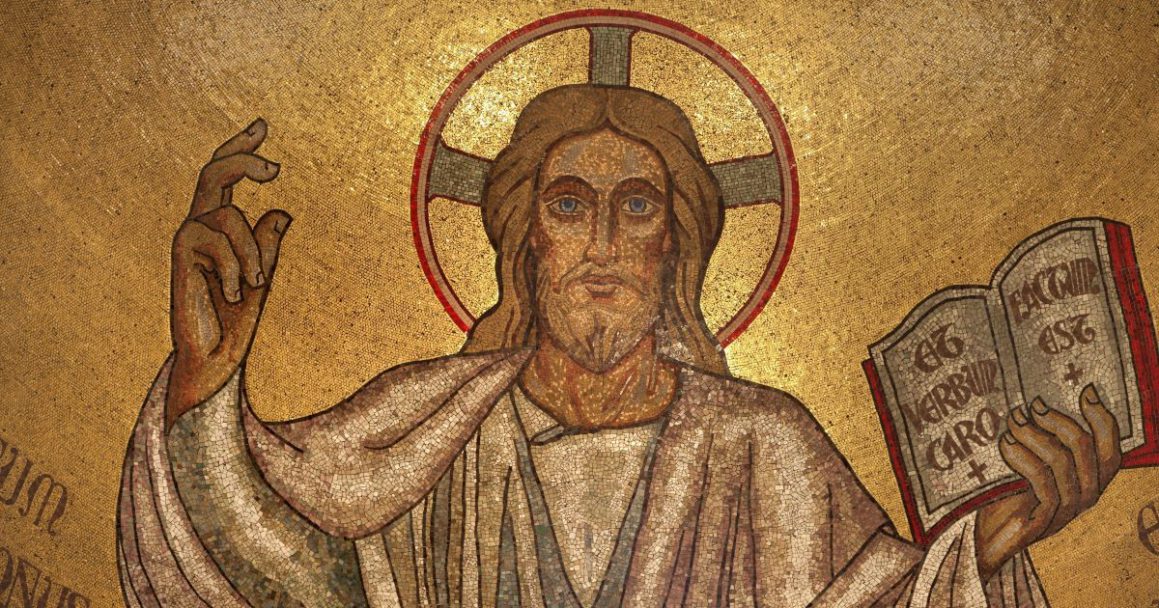 
Christ Shall Have Dominion

Having taken over for Warren Cole Smith on “BreakPoint This Week,” I get the full blast of the news cycle in a way I didn’t before. It’s my job to pick the stories John Stonestreet and I will cover, and though we try to supplement our listeners’ diets with leafy greens of glad tidings, we also can’t control what’s trending on Twitter. Like McDonald’s fries, bad news sells, even though both make you feel lousy.

“Happily” for us, 2020 began with a supersize order of foul news: a global epidemic, an avowed socialist leading a major party’s presidential pack, hair-trigger exchanges of fire in the Middle East, a rodeo at the stock market, and a campaign of extermination against Christians in west Africa. John and I must talk about all of this, and must somehow do so in tune with Chuck Colson’s favorite Kuyper-ism: “There is not a square inch in the whole domain of our human existence over which Christ, who is Sovereign over all, does not cry: ‘Mine!’”

Audacious though this claim may be, it’s all too easy to forget, especially for those who still accept the narrative of inevitable decline that’s long held sway over evangelical eschatology.

If Christ has dominion, surely it is not over provinces ravaged by viruses, villages slick with Christian blood, or a nation celebrating sexual deviance and funding child-killing. Surely His reign is limited to the hearts and lives of His people—His kingdom confined to the four walls of every church whose confession sounds sufficiently like mine. And isn’t that enough? Wasn’t Jesus’ last command before evacuating this doomed world to preach the gospel and make disciples who can join His evacuation?

Jesus did not ascend to escape creation but to rule—as N. T. Wright puts it—from creation’s throne room, where he waits “for his enemies to be made a footstool for his feet.”

The Lord’s reply, well-paraphrased by Kuyper, is as inconvenient as it is immoderate: “All authority in heaven and on earth has been given to me.” As tough as it may be to harmonize this with the headlines, it is the beating heart of the Christian worldview.

Jesus did not ascend to escape creation but to rule—as N. T. Wright puts it—from creation’s throne room, where he waits “for his enemies to be made a footstool for his feet.”

Our core conviction is not inevitable decline, but Christ’s inevitable victory over every enemy, with death itself waiting nervously at the back of the queue. And this conquest isn’t merely some future hope—a parousial parachute to arrest our long and hopeless plunge toward the end of time: “For behold,” Jesus said two millennia ago, “the kingdom of God is in the midst of you.”

My pastor blessed our church last Sunday by reprinting another reminder of this truth in the bulletin, this one from Charles Spurgeon. In his Exposition of Psalm 86:9, the Prince of Preachers notes that “David was not a believer in the theory that the world will grow worse and worse, and that the dispensation will wind up with general darkness, and idolatry.” Rather, he insisted, “we look for a day when the dwellers in all lands shall learn righteousness, shall trust in the Saviour, shall worship thee alone, O God, ‘and shall glorify thy name.’”

The text of our sermon was Psalm 67, which Pastor Holland asked me to read from the pulpit. The short passage implores God to make His way “known on earth,” His saving power “among all nations,” that “all peoples” may praise Him and “all the ends of the earth” fear him. The consonance with the Great Commission is unmistakable.

Indeed, the Psalter’s universal claims have animated Christians for centuries—not with a naive expectation that God will bring Utopia if only we wait, but with a warlike determination to bear light into dark places and dethrone usurping angels. Far from undermining confidence in Christ’s kingdom, the conviction that such a kingdom must be unstoppable has often served as the means by which His will is done “on earth as in Heaven.”

People who believe His claim to cosmic authority become the vessels by which He manifests that claim. This Christian expectation of victory—the martial spirit of the Psalmist, prophets, Apostles, Spurgeon, and Kuyper—is what drives us into battle against the powers, the principalities, and the bad news of the week.

Though not a Christian himself, historian Tom Holland (no relation to my pastor) seems to recognize this in every chapter of the Church’s story. In his account of the evangelization of Europe, he writes that Anglo-Saxon monks who ventured deep into the continent to wage war on Woden saw all the world as “theirs to illumine with the blaze of Christ.” Following the examples of Patrick and Columbanus and undaunted by reports of pagan torturers, they marched into forests, felled sacred groves, burned the blood-soaked altars, and claimed soil and souls that “properly belonged to Christ.”

The name of Holland’s book, “Dominion,” testifies to this kingdom’s inexorable march, and to its King’s all-encompassing claim. And though he doesn’t see the same spiritual significance in it as I do, he contends that the world is now more Christian than it was in the seventh century. To wit: there are martyrs now sowing blood and seeding churches in places the missionaries to pagan Europe didn’t know existed, places where, even now, the Church endures in the face intense opposition

Yet notice that it is not just in spite of the plagues, persecution, and perversion that Christ’s empire spreads, but in some mysterious way, because of them.

People who believe His claim to cosmic authority become the vessels by which He manifests that claim. This Christian expectation of victory—the martial spirit of the Psalmist, prophets, Apostles, Spurgeon, and Kuyper—is what drives us into battle against the powers, the principalities, and the bad news of the week. As the hymn we sang at the close of last week’s service proclaims, “Christ shall have dominion over land and sea/earth’s remotest regions shall His empire be.”

We can belt these words with certainty even in a world still wrapped in Adam’s curse because the One who claimed victory is able to make it so. And if He is for us, then who among the gods of Asgard or the gloomy headlines can stand against us?