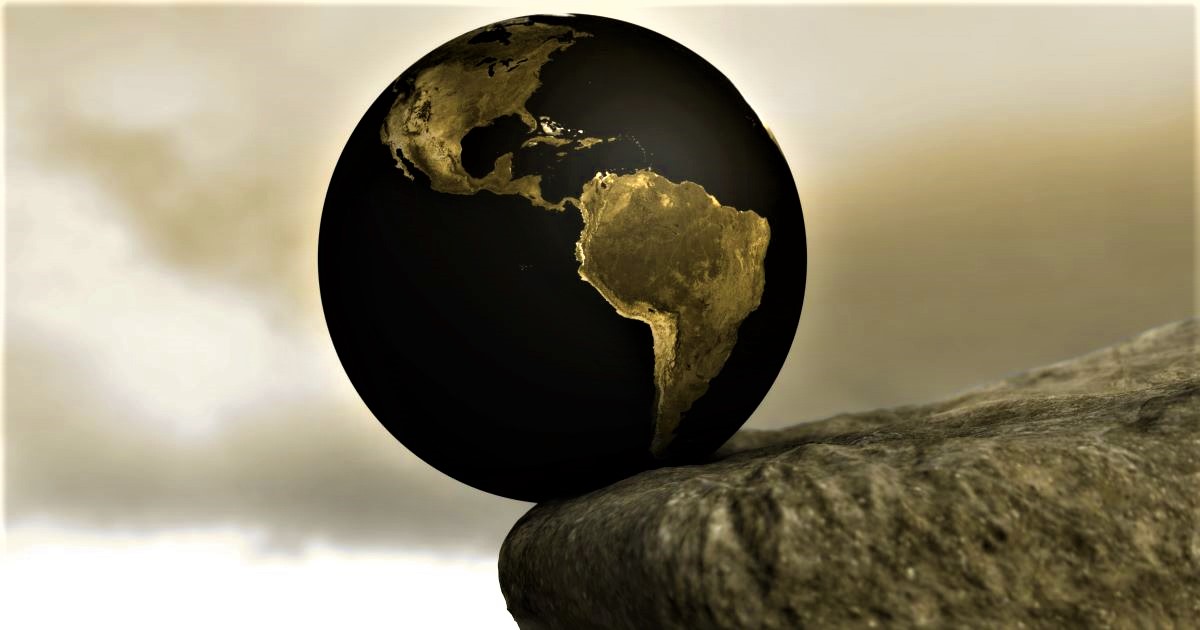 In his essay, “On Living in an Atomic Age,” C.S. Lewis pointed out that his was hardly the first generation to live under the threat of dying in an “unpleasant” way. By way of example he cited people living during outbreaks of the Bubonic Plague or in the Age of the Vikings.

Now this is true but incomplete. There was something else that those unfortunates had in common with Lewis’ contemporaries: an abundance of voices pointing to current events and proclaiming that “The End is Nigh.”

It wasn’t. That is one of the reasons that eschatology, at least the pop variety, holds no interest for me. I grew up in the late 60s and 70s listening to songs of lament for those left behind after a “rapture” that didn’t happen. I later read Church history and studied the Greek New Testament and my lack of interest turned into not thinking about the subject at all.

Recent events have me wondering if there isn’t, to borrow an expression from my former colleague Warren Cole Smith, “a nonzero chance” that we are living in some kind of last days.

The signs are there and they are ominous. Let the reader understand:

In late May, a group of “marauding monkeys” in Meerut, India “stole three COVID-19 blood test samples from an Indian health care worker at a local medical college.”

While officials claim that they were able to retrieve the samples from the trees the monkeys had used to make their getaway, can we really be sure?

Anyone who has first-hand experience with Indian monkeys, as I do, knows that they are aggressive and shameless. Not only will they try to steal your food or anything that their tiny primate brains might mistake for food, such as COVID-19 blood test samples, they will steal your valuables and exchange them for food.

And if you’re tempted to take forceful measures against the simian miscreants, don’t. Monkey are regarded as kind of sacred in India. The faithful sidekick to the hero of the Ramayana is Hanuman, the monkey god, and some species of monkeys are regarded as avatars of Hanuman.

Even if the monkey stealing your stuff doesn’t belong to that species, how sure can you be that the guy about to run you through with his Talwar is a subtle primatological thinker?

Better not to take the chance.

Recent events have me wondering if there isn’t, to borrow an expression from my former colleague Warren Cole Smith, “a nonzero chance” that we are living in some kind of last days.

Another possible sign of the Apocalypse took place in, of all places, Canada. A woman was hiking with her dog in a provincial park in Kelowna, British Columbia when she heard a sound behind her.

When she turned, she saw a deer charging at her. “Startled, she got off the trail and hid behind a tree while trying to back away slowly.” The deer wasn’t mollified by this act of obeisance. “As soon as I took one step, it charged us again . . . It kept coming up to less than a foot away from me and looked in my face.”

Nothing deterred the cervid aggressor. “It would go as far as 10 feet away, and I would slowly back away to go back to my vehicle and then, just out the blue, again it would charge me.”

It took a cycling Samaritan drafting his mountain bike into the war between the Cervidae and Hominidae families to enable the woman, her dog, and the aforementioned cycling Samaritan to escape the encounter. “Even then, as the two scrambled away, it followed them slowly from a distance for several minutes.”

It cannot be overemphasized that this a Canadian deer, the politest of the species. Yet, it not only terrorized the woman and her little dog, too, it didn’t even say “sore-y” afterwards.

What is the world coming to?

In any case, while I’m not completely convinced that we are living in end times, it’s no longer a nonzero proposition in my mind. Something is afoot, and I, for one, have no intention of getting to the bottom of it.

Nature continued to wreak havoc in a story with a headline so good, I would have found a way to use even it didn’t raise questions about the apocalypse, which, to be sure, it does.

The title, “Spanish [“adult”] actor arrested over fatal toad venom ceremony” was a recent “I swear I’m not making this up” headline in the Guardian.

The “adult” actor, Nacho Vidal, was arrested on suspicion of involuntary manslaughter in the death of photographer José Luis Abad who died after inhaling the “vapors from the venom of the bufo alvarius toad” during a “mystical ritual” in which Vidal was alleged to acted as a shaman.

Demonstrating why lawyers are indispensable, especially when your “mystical rituals” go sideways, Vidal’s lawyer, Daniel Salvador, “said the death was sad but accidental, and denied suggestions that his client had acted as a shaman during the ritual.”

You may be surprised to learn that I have personal knowledge that can bring a dose of sanity to this strange tale. First, Vidal’s parents did not name him after a plate of tortilla chips covered with melted cheese.

“Nacho” is short for “Ignacio,” as in Ignacio de Loyola, the founder of the Society of Jesus, a.k.a, the Jesuits, although I shudder to think what the saint would make of his namesake’s antics, with or without the toad venom.

Second, about that toad venom: If Vidal had postponed his alleged attempt to play shaman for a year, I could have helped point him in the direction of someone more qualified.

In “How to Change Your Mind: What the New Science of Psychedelics Teaches Us About Consciousness, Dying, Addiction, Depression, and Transcendence,” Michael Pollan introduces readers to Rocío, whom a “certified psychedelic guide” described as “probably the world’s leading expert on the toad.” (Pollan added “Though how intense, really, could the competition for that title be?”)

Instead of licking the toad’s back, as used to be the case, experts now milk the toad’s venom and dehydrate it, leaving only a “crumbly dry paste.” Users smoke a tiny amount which produces a feeling Pollan compared to being launched into orbit while holding on to the outside of the rocket. Apparently, that scene from WALL-E is just too enticing to be missed.

“Individuals that have taken the toad venom described their trips as being one with the universe and feeling ‘reborn’” and experiencing  “a total fusion with God.” They also can often experience things like being “immobile and unresponsive,” and “intense emotional reactions, euphoria, convulsions, and vomiting.”

You have to wonder what God they were in union with?

To sum things up, we have a real-life Army of the Twelve Monkeys, Canadian cervidae declaring war on hikers and mountain bikers, and the revenge of amphibians angry at being licked and later milked for their venom without so much as a “por favor,” whose first victims were a fashion photographer who mistook an “adult” actor named after a Catholic saint for a shaman.

I’m pretty sure all of this is mentioned in Revelation. If not, it should be.

In any case, while I’m not completely convinced that we are living in end times, it’s no longer a nonzero proposition in my mind. Something is afoot, and I, for one, have no intention of getting to the bottom of it.

Instead, I plan on eating, drinking, marrying and giving in marriage — well, not the last two — from the safety of my next residence.

However crazy the world might seem, and, as we have seen, might actually be, our calling as Christians remains the same whether we’re at the end of all things or still a part of the Early Church: To act justly, love mercy, and walk humbly with our God.